While total wealth has been rising in India—it grew 9.7 percent in the 12 months to mid-2018—not everyone has shared this growth 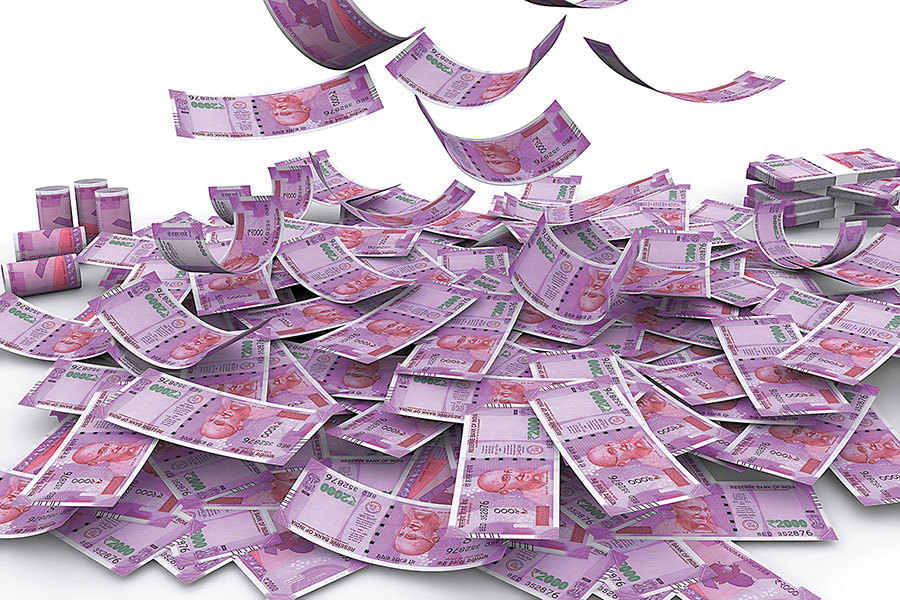 Oscar Wilde, the 19th century Irish author who lived in opulence before a turn of events left him destitute, famously said, “It is better to have a permanent income than become fascinating.” The Indian populace seems to have taken a cue.

India, the world’s sixth largest economy at $2.6 trillion, is home to 3.43 lakh dollar millionaires, second only to China’s 34.8 lakh among the Brics (Brazil, Russia, India, China and South Africa) nations, according to the Credit Suisse Research Institute’s 2018 Global Wealth Report. The number of millionaires is estimated to witness a sharp rise of 53 percent between 2018 and 2023, behind China’s 62, Canada’s 54 and Russia’s 100 percent, the report says. India is also estimated to host as many as 3,400 ultra high-net-worth people worth more than $50 million (of them, about 1,500 are estimated to be worth more than $100 million), the sixth highest globally after the US, China, Germany, the UK and Japan.

Despite the recent slump in the value of rupee against the US dollar and the sharp spike in oil prices, which also seems to have shaken the stock markets, total wealth in India grew 9.7 percent in constant currency terms to $6 trillion in the 12 months to mid-2018. This is expected to grow 8 percent annually to $8.8 trillion in 2023.

According to analysts, India started leaving pug marks on the world’s wealth map after the economic liberalisation in 1991, which brought private and foreign investment to the fore. According to the World Bank, the Indian economy witnessed a negative growth rate in 1965, 1972 and 1979. It started reviving in 1980, with a year-on-year growth rate of 6.74 percent and peaked at 9.63 percent in 1989, before plummeting to 1.06 percent in 1991, the lowest ever growth since 1974.

The ensuing liberalisation of policies, which, among others, entailed reduction in import tariffs, deregulation of markets and reduction in taxes, increased the ease of doing business and led to wealth creation. A decade after liberalisation was initiated, average wealth per adult stood at $1,830 per adult in 2000; it skyrocketed to $5,020 in 2007. Credit Suisse estimates the current average wealth per adult at $7,020.

Also, the 1990s was a time when the green shoots of homegrown technology firms started to emerge. The standard bearers of the Indian information technology (IT) industry—Infosys, Wipro, Tata Consultancy Services and HCL—went public during this time, leading to significant wealth creation among their rank and file, thanks to the employee stock option plans (Esops).

“The first wave of wealth creation in India, which used knowledge as a resource, was around IT services. A lot of it moved from promoter-led wealth creation to Esops, where employees who added to the wellness of the firm, were getting wealthier. That has grown over the last 15-20 years. Then you had several startups, especially in the IT and digital space, and wealth got created here as well. Last, but not the least, we saw usage of digital platforms that unleashed the creation of new brands and new age companies, and a lot of wealth got created here as well. Hence, consistently, wealth creation has been growing at 14 to 18 percent over the last two decades,” says George Mitra, managing director and chief executive at Avendus Wealth Management.

Avers Umang Papneja, senior managing partner at IIFL Investment Managers, “India has been a hotbed for deal-making in recent years. The inflow of private equity money into the country has fuelled wealth creation. When entrepreneurs completely or partly exit their business, they are able to monetise and convert to financial assets what was earlier just on paper.”

Indeed, heightened activity in IPOs and private equity investments has led to the creation of unprecedented wealth in India. According to an EY report in June, Indian stock exchanges witnessed 90 IPOs raise $3.9 billion in the first half of 2018, which was 27 percent and 28 percent higher than the corresponding period last year, respectively. “Globally, Indian exchanges recorded the highest IPO activity in terms of the number of deals, accounting for 14 percent of total deals in 2Q18 and 16 percent of deals in 1H18. In terms of proceeds, Indian exchanges accounted for 5 percent of global proceeds in both 2Q18 and 1H18,” says the report.

Similarly, private equity is gaining steam in India. A Bain & Company report says the total deal value in India in 2017 stood at a whopping $26.4 billion, the highest in a decade. As many as 211 exits were scored in 2017 as against 197 the year before, but, the exit value stood at approximately $16 billion, a 60 percent surge over 2016.

The beneficiaries among new age entrepreneurs were Sachin Bansal, the co-founder of Flipkart, who sold his entire stake in the company to Walmart for $950 million-1 billion and Paytm boss Vijay Shekhar Sharma, whose net worth is estimated at $2.15 billion.

According to experts, the way the rich and wealthy look at investments has also changed over the years. “Investment in physical assets, be it real estate or gold, has come down. Instead, many HNIs are now looking at the unlisted space as an avenue to grow. Some of the larger families have started investing in companies directly, while some of them are investing in venture capital or private equity funds,” says Mitra of Avendus.

There is, however, a dark side. Wealth in India sits with a select few. “While wealth has been rising in India, not everyone is shared in this growth. There is still considerable wealth poverty, reflected in the fact that 91 percent of the adult population has wealth below $10,000. At the other extreme, a small fraction of the population (0.6 percent of adults), has a net worth of over $100,000. The country has 404,000 adults in the top one percent of global wealth holders, which is a 0.8 percent share,” says the Credit Suisse report.

The ramifications could be far-reaching. As Thomas Jefferson, principal author of America’s declaration of independence, once said, “Experience demands that man is the only animal that devours its own kind, for I can apply no milder term to the general prey of the rich on the poor.”