Five years ago, billionaire Harsh Mariwala made a smart decision to hand management of his company Marico to CEO Saugata Gupta 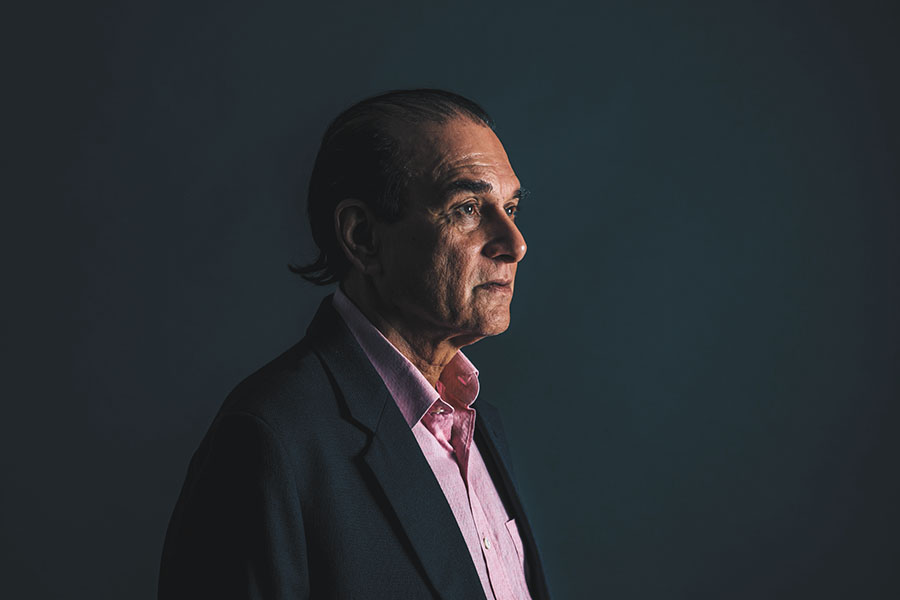 If you want to sign each and every cheque, you don’t have the time to do futuristic things: says Harsh Mariwala, who launched Marico in 1990
Karan Nevatia For Forbes Asia

When billionaire Harsh Mariwala decided to hand over day-to-day control of consumer goods giant Marico, he had a mantra for his role as chairman at the company he founded and ran for 24 years: Mind On. Hands Off. “The whole objective is to add value,” says Mariwala, 68. “Not control.”

That decision in 2014 to relinquish management of the Mumbai-based company he created in 1990 (and in which his family and he still own 59 percent) provided Mariwala with a springboard to return to his roots as an entrepreneur: Mariwala is now focusing on a variety of new business and philanthropic initiatives, including a string of startup investments, a mental health programme for India’s underprivileged and a forthcoming book on the lessons of his entrepreneurial journey.

Mariwala started in the business in 1971, when he sacrificed a chance to go abroad to business school to join his father and uncles at Bombay Oil Industries, the trading firm dealing in spices, spice extracts, chemicals and oil that the family started in 1947. In 1990, Mariwala launched Marico to develop and market Bombay Oil’s brands: Parachute, Saffola and edible oil brand Sweekar, which was sold to US food giant Cargill in 2011. “It took me two to three years to convince the family,” he says. “I assured them that the ownership wouldn’t change but it was more of a management split so that I could take independent decisions.”

Mariwala recalls finding it a challenge to recruit management graduates, who balked at working in its office in Mumbai’s crowded Masjid Bunder market. He resorted to interviewing prospective employees at a sports club and selling them on Marico’s future. A move in 1992 to a more corporate-style office made recruiting a much easier proposition.

Marico held an IPO in 1996 and within three years was fending off a challenge in the hair oil market from consumer goods giant Hindustan Unilever. Marico prevailed and in 2006 Hindustan Unilever bowed out, selling its hair oil brand, Nihar, to Marico for more than ₹2 billion. It then went on to acquire hair-care brands in Egypt and South Africa.

These days Mariwala still holds monthly review meetings with managing director and CEO Saugata Gupta, but limits his involvement to a strategic level. “How do you grow if you don’t make yourself redundant?” asks Mariwala. “I’m not saying you should abdicate responsibility, because you are equally accountable. You must have the pulse points. But if you want to sign each and every cheque, you don’t have the time to do futuristic things.”

Marico’s transition from family to professional management has been relatively smooth, according to Kavil Ramachandran, professor and executive director at the Thomas Schmidheiny Centre for Family Enterprise at the Indian School of Business in Hyderabad, because Mariwala has been clear about his role and has developed other interests to keep himself occupied. “He’d already created enough internal capabilities for Marico to be on its own,” says Ramachandran, “which is evident from its performance in recent years.”

Mariwala is using his free time to pursue pet projects outside Marico, including a sleep-related wellness business still on the drawing board and his privately-owned AquaCentric Therapy, which offers aquatic physiotherapy at two facilities in Mumbai. He is also managing director of beauty services provider Kaya, a chain of hair and skin-care clinics he started in 2003 under Marico and in 2013 listed as a separate company. Kaya has 120 clinics in India and the Middle East, but lost more than $2 million in its latest financial year. “The challenge with Kaya is the competition from dermatologists,” says Mariwala. 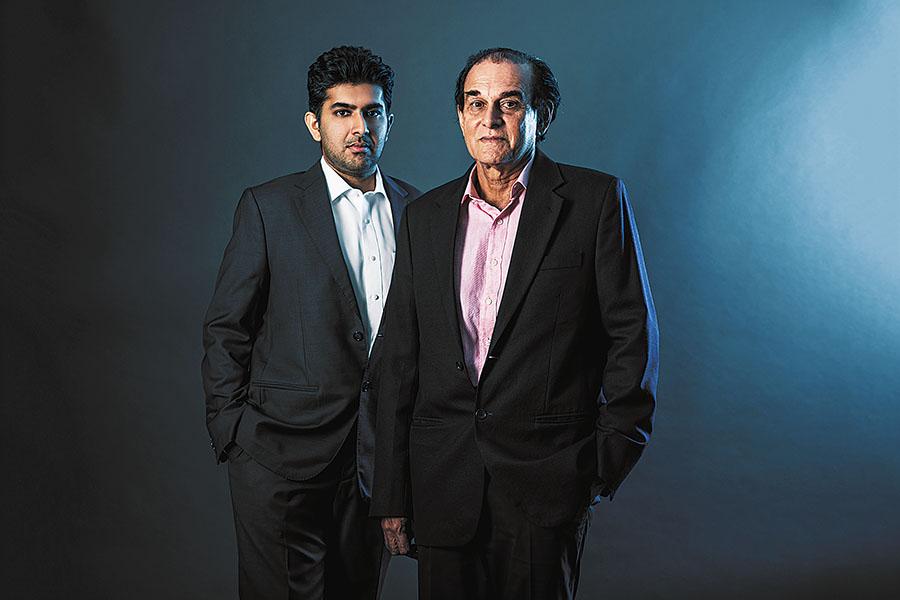 I didn't want all eggs in one basket: Rishabh Mariwala
Image: Karan Nevatia for Forbes Asia


Mariwala also works with son Rishabh, who manages the family office, Sharrp Ventures, established in 2014 using dividends from Marico. “I didn’t want all eggs in one basket,” says Rishabh, 37, Sharrp’s managing director. Among Sharrp’s investments are stakes in The Beer Café, India’s largest beer chain, nutritional company HealthKart, electronic security company Securens, and beauty retailer Nykaa. “We have 80 percent of our investments in listed entities and 20 percent in a range of startups.” 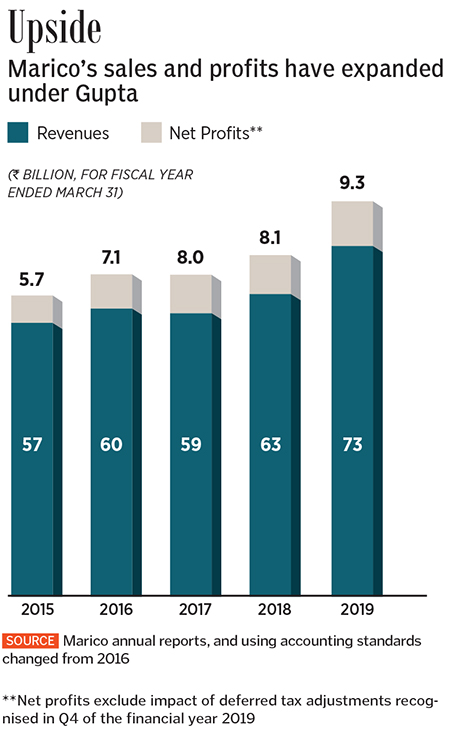 Mariwala also supports entrepreneurs through the Ascent Foundation he created in 2012. Ascent’s members are chosen from various industries and organised into groups of 10 to 12 members. Ascent already has more than 500 members in Chennai and Mumbai.

Mariwala has created another philanthropic venture to support mental health. The Mariwala Health Initiative, which he runs with his daughter Rajvi, provides grants and support to mental health programmes and organisations. “We make mental health services available to marginalised communities,” says Rajvi, 39. “So we have projects in rural India or in the mountains of Uttarakhand or in bastees [slums] in urban areas.”

Mariwala has also somehow found time to write a book on his entrepreneurial journey, slated for publication next year by Penguin Random House. “I have a very active mind,” says Mariwala. ”I have the strong inner urge to prove new concepts. I keep reinventing myself.”

Tweets by @forbesindia
Comic: Who gets the real death penalty?
Beyond Parachute, Saffola: Marico looks to new avenues