To change organisations, leaders need to better understand their environment, distribute leadership to their teams and improve their self-awareness.

The demands placed on leaders today to be influential agents of change are unprecedented. Those who find themselves rising through the leadership ranks are often encouraged to drive their teams to new heights and play an active role in shaping their organisations to keep up with today’s rapidly evolving markets and business cycles.

But one of the most common problems I witness among such leaders is frustration. Executives finding themselves with more responsibilities tend to think the formal and incentive structures of their organisations confer them more leverage than they actually do. Although those structures influence the behaviors of managers and subordinates, sometimes they do it in ways that actually makes it harder for leaders to achieve their goals. Incentives typically focus behavior on a narrow set of measurable targets, often at the expense of other equally important but less quantifiable outcomes. Formal structures facilitate coordination within functions or regions, but they also promote a silo mentality that makes collaboration across those groups harder. 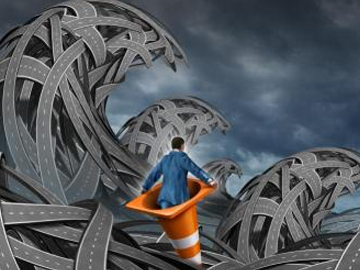 This means leaders often end up seeing behaviour and results that are the opposite of what they want to achieve. Managing in those situations is akin to driving a car that has misaligned wheels. Making it go in a straight line requires a lot of effort, causing damage to the chassis and tyres along the way. Most executive development programmes teach managers how to handle the steering wheel better but don’t look at the underlying solution of aligning the wheels before letting the executive drive off.

Acquiring the power to change
Our High Impact Leadership Programme helps executives realise the limitations of the organisational structures they operate in and find alternatives ways to achieve their goals. Middle managers seldom have the formal power to make decisions about restructuring entire departments or change incentive plans, but they can influence the decision makers who have it by leveraging informal networks. They can also use those networks to bridge organisational silos, facilitating collaboration.

Every leader I come across knows that informal networks are important but they also have several misperceptions about how such networks affect their ability to get things done in their organisations.

Leaders often think that more is better. But quantity is not quality. If your network is composed of people like you (e.g., from your same functional, national, or professional background), you’re likely to have a biased picture of what’s going on in the organisation. The bias can get worse if, as it is often the case, those people are densely connected to one another. You think you are exposed to multiple views, but you’re just recycling the same information that circulates within the group. The illusion of multiple views confirms your own views, even if they are incorrect. Dense networks can be valuable to foster collaboration within your team, but they can be also a trap. To escape it, you should also bridge between the team and the larger organisation to ensure that you (and the team) do not become isolated and unable to get the support you need to get things done.

One way to do this is to strike a balance between strong and weak ties. You can have a small core group of strong ties with people who typically also know each other well, but you should also have a number of weaker ties reaching up, down, and sideways in the organisation. Diversity and reach, rather than size, are the hallmarks of influential networks.

Creating effective teams
Managers we meet are at an inflection point in their careers. Having taken on a management position, they overestimate their ability to make a team work effectively. As my colleague Henrik Bresman points out, managers taking on more responsibilities are often distracted with to-do lists miles long because they cannot bring themselves to delegate.

Many executives are terrified about trusting others. Often times, we find that such executives have had a specific incident in the past where delegation led to disaster. The best way to break the fear is to start with an action plan, delegating non-risky projects to fairly experienced team members and rebuilding trust from there.

Executives may be also uncomfortable about the fact that they don’t have all the answers, a situation that is all too common in today’s complex world. This can be remedied by asking the right questions and bringing in new perspectives, allowing others to be the source of ideas. Bresman addresses these concerns with a focus on “distributed leadership”: the more organisations disperse leadership throughout their structure, the more effective they are.

Take the example of Southwest Airlines. Early in its history, the company was faced with competitors undercutting it on price. It also had to sell one of its four planes to stay in the air. Radical change was needed, but how could an airline with less planes transport more people? Solving the dilemma was a matter of survival and the CEO alone could not come up with the solution alone. So the whole company was put to work: baggage handlers, ground crew, flight attendants and even pilots. With inputs from airport workers and regulators they pooled their knowledge of what it takes to turn a plane around upon landing and came up with a process to reduce turnaround from 45-60 minutes to ten. Southwest has gone on to become one of the most successful airlines in the industry and a poster child of distributed leadership.

In addition, teams should also be externally focused. Building what Bresman calls “X-Teams” requires positioning your team to “go out before they go in”, i.e. looking at the external environment, talking to stakeholders, connecting to various business units before focusing on team processes.

X-Teams “balance their internal activity with an equal commitment to external activity. They’re different from traditional teams because they go outside from day one. They keep going outside throughout their lifecycle. The actual balance between internal and external activity shifts as work requires but the external mindset is always there, always present,” he says.

Enhance your awareness
In addition to looking differently at organisational structures and teams, leaders also need to look inwards, at themselves. Many forget that effective leadership consists of achieving results through other people’s behaviour, which is influenced by their own. This means executives commonly run into frustrating problems with their subordinates when they do not seem to be responding the way they wanted.

In many cases, they even have the assumption that the career aspirations of their subordinates are the same as theirs. My colleague Jennifer Petriglieri told me of one such executive who was being extremely tough on his team, with sky-high expectations and aggressive responses to problems. This made his subordinates wary of telling him about problems, which only made things worse. The interesting thing about this executive was that he knew this. He understood that he was destroying relationships and had tried to remedy his behaviour by addressing changing his actions, but that was only a surface-level solution. Working with him, Jennifer helped to unpick the origin of this behaviour, which was seated in his conviction that if he didn’t behave aggressively, then he would lose his authority.

The solution to this was to help him to break the assumption that leadership was equated with dominance and aggressiveness. He was asked to identify leadership role models that had become successful without aggressive behaviour and to continually test chosen behaviours from his role models as a substitute to his aggressive approach.

Tackling the root cause
The same way a doctor would seek to discover the underlying cause of an illness before prescribing medication, overcoming challenges to leadership effectiveness also requires a deeper examination of root causes of problems. From the structures we operate within to our own inner selves, there are many hurdles that can impair a leader’s performance. Identifying those hurdles and devising an action plan to overcome them are the first steps to becoming a high-impact leader.

Tweets by @forbes_india
Understanding the Globalization of Chinese Companies
How Do You Find the Best Private Equity Funds?