Getting your team members on the same page

You may think everyone knows who is in your team, and who isn't, but think again

Abe, a member of “Alpha” product development team in an established global software firm, sat frustrated as he read the onslaught of criticism from his teammates on a presentation he had recently made to the board on their behalf. The board had turned down Alpha’s new project, and his teammates were calling his presentation incomplete and off target, claiming he had ignored some of their most important arguments. This bewildered Abe as he had met with each member of the team individually the previous week, asking for comments on his draft. Betty explained that Abe had not included any of the arguments Chris and Denise had made.  “Why should I?” thought Abe. “Chris and Denise are not even on the team.”

This scenario is more commonplace than executives care to admit in today’s workplace.  And yet, it is increasingly inevitable as we put teams in place that: a) are dispersed (crossing distance, time zones, languages, and/or cultures), b) include members shared across multiple teams or projects, and c) are dynamic – with members frequently added and dropped piecemeal based on when their particular expertise is necessary. These three trends are increasingly resulting in teams with misaligned perceptions about who’s in the team and who isn’t. 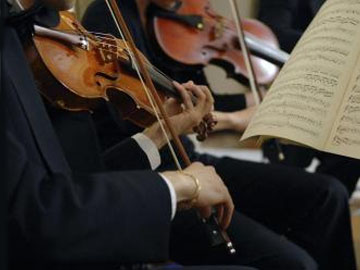 Image: courtesy INSEAD
In my study of 38 software development teams described in my paper Constructing the Team: The Antecedents and Effects of Membership Model Divergence, I found that some form of disagreement existed (either between team members or between the team managers and team members) in 84 percent of cases about who belonged in the team.  This divergence in membership models was driven by the dispersion, overlap, and fluidity noted above - all factors that are difficult to avoid in organisations nowadays. This begs the question: Should this be a cause for concern?

Esprit de Corps
In the past, typically teams would be assigned to work on tasks for several weeks or months, the team’s members would be fully dedicated to one project at a time, and they would be physically located together.  All of these made understanding the team boundaries a relatively simple and straightforward task.  In those situations – where membership is clear – teams found it is easy to establish a shared understanding of their task and processes, and to form an “esprit de corps”.  Such teams functioned efficiently and effectively because team members’ understandings were aligned.

Today, this esprit de corps may start to falter even in cases where there exists a clearly articulated organisational chart showing the team’s make-up and where the project launch included clear communication about who’s working with whom.  The issue is that the model of the team that governs your team member’s day to day interactions is not, in fact, that organisational chart hanging on the wall, but rather the model of the team that person holds between their ears. We base our actions on our mental representations – representations that are socially constructed, and can evolve over time. As a result, some weeks down the line you may discover that information is being shared with people you consider outside the team, or your team’s group-level cognition and collective intelligence is failing to capture critical information. These consequences and more can arise because we are unaware of the differing models of membership held in our teams.

Clearing the air?
While the most straightforward and seemingly easiest solution would appear to be hammering home the formal organisation chart into your team members’ heads, this is not the best solution for two key reasons. First, the type of membership model divergence described above has the potential to yield some real benefits. For example, as team creativity is in large part a function of the inputs and perspectives a team leverages, membership model divergence stands to bring more diverse points of view into your teams. Diverging membership models may also serve to buffer the team from exogenous shocks by allowing shocks affecting certain members to only affect those who view them as central to the team.

The second reason wielding the clarity hammer is not the best approach is quite simply that it just won’t work. No matter how large the font on the wall-mounted org chart, your team members’ mental representations are the result of their experiences and those experiences evolve over time and vary from person to person. So investing the time and effort to shout your team roster from the rooftops won’t resolve the issue, but may leave you seriously out of breath.

Time for a process check
The best course of action is to bring everyone together to acknowledge that the team’s identity is not as clear cut as we all thought. It’s at this point in time that an honest discussion should take place about the diverging ideas of how the team is functioning.  It is inescapable that people will start to form their own ideas of the team, its members, and modus operandi because these beliefs are formed from members’ own interactions within the team and managers must understand that this is a natural process. Your focus should be on helping the team to accept and leverage the differing models of the team that its members hold and to give them the latitude to do so. Encouraging team members to discuss why they hold divergent membership models frequently reveals important insights on how the team works and how its members interact. Doing so may help explain why some members’ actions may make sense to some, but not to others.  Allow these differences to exist because these evolving processes within the team can lead to diverse and creative ideas.

It’s important to understand that your world isn’t the way you thought it was and not everyone sees the team the way that you see it.  With the knowledge that not everyone is on the same page, both managers and team members alike can avoid the frustration that Abe experienced after his board presentation.    It could even turn out to be a positive event in the team’s existence altogether come the time of the next board presentation.

Mark Mortensen is Associate Professor of Organisational Behaviour at INSEAD.

Tweets by @forbesindia
India in 140 characters: Twitter's rise in the country
AirAsia tragedy capped a deadly year for civil aviation