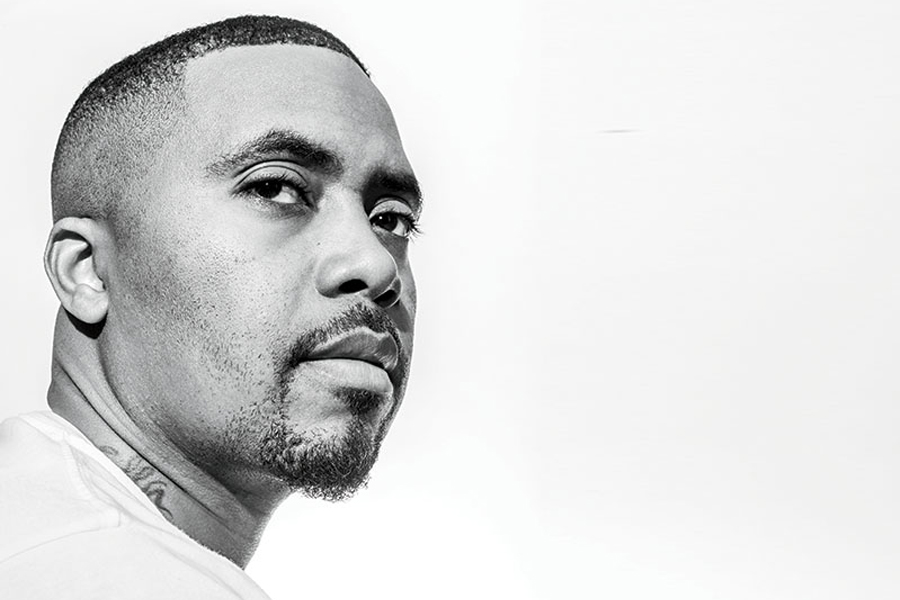 Nas averaged over $320,000 per tour stop, playing 46 shows during the 12-month scoring period
Image: Franco Vogt for Forbes Months-long tours and endorsement deals with companies such as Sprite and Hennessy enabled the highest-earning hip-hop artists on our annual list to bring in an average $44 million over the past year. Some of them also have acquired lucrative equity stakes, including Nas, 45, who makes the list for the first time. 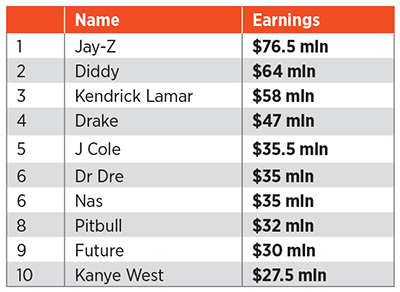 A few years back, Nas kindled a friendship with venture capitalist Ben Horowitz and has since snagged stakes in Silicon Valley darlings (Lyft, Coinbase) and online media (Genius, Mass Appeal). “[Hip-hop artists] are always advancing technology—from one turntable to two turntables and a fader.” He has already enjoyed some exits, including the reported $1.1 billion sale of doorbell startup Ring to Amazon in February. “There wasn’t a time when [rappers] didn’t think about investing. It just so happens that the world is opening up.” (Additional reporting by Atalie Robehmed)