IT firms bank on digital to stay in shape 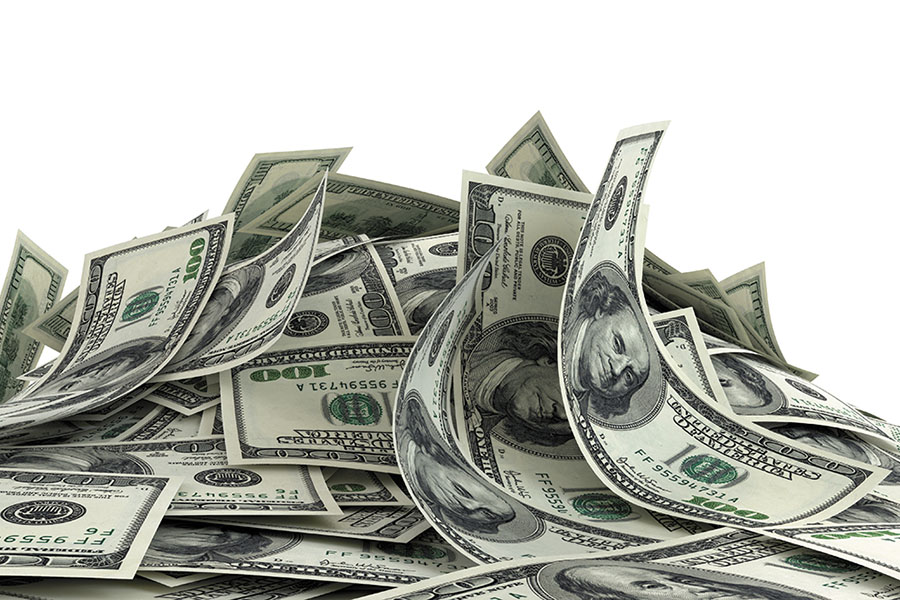 Over the past two years, India’s top IT companies began to break out the contribution of digital services to their revenues. The numbers reflect their attempt to win business from their largest clients—banks, car makers, oil exploration companies, airlines, retail chains and so on—by tapping the power of digital.

Tata Consultancy Services (TCS) had quantified the digital services component of its overall revenue at 13.7 percent at the end of December 2015. Two years on, that has increased to 22.1 percent, TCS reported on January 11, when it released its third-quarter earnings results.

The proportions aren’t different at Wipro and Infosys. Wipro said the revenues earned from its digital services have grown from 17.9 percent of its overall revenues in April 2016 to over 25 percent at the end of December 2017. While Infosys hasn’t broken out its digital services contribution on a quarterly basis, about a fourth of the company’s revenues has new-age digital flavour, COO UB Pravin Rao said during the latest earnings results discussions on January 12. 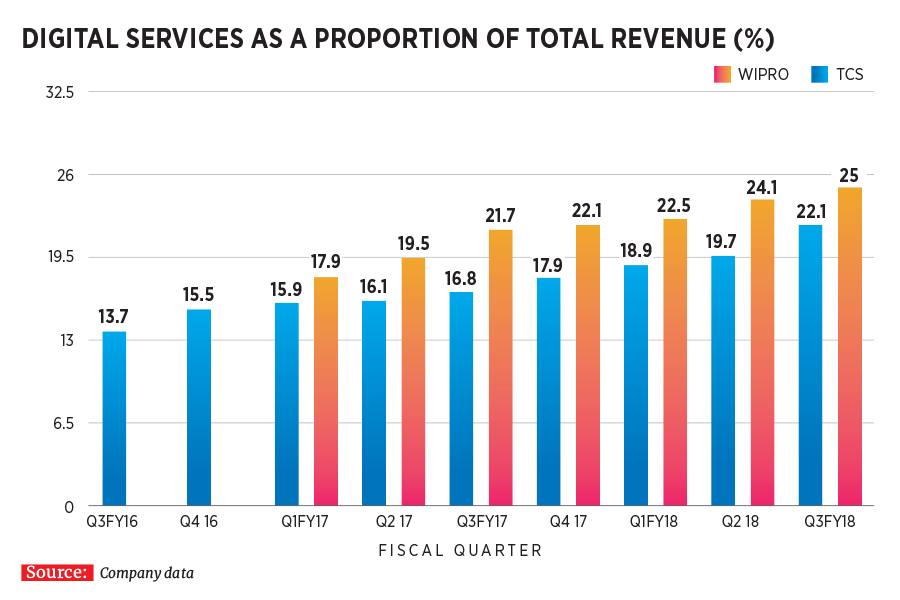 Adding digital services—typically a combination of software solutions and services that help clients take advantage of data analytics, and the move to the cloud computing model—to their portfolio, and the more difficult ability of “problem finding” (as ex-Infosys CEO Vishal Sikka put it), have become a matter of survival for the outsourcing services providers as nimble startups and internet giants offer alternatives to traditional IT software.

That the digital route is paying dividends is evident from reports that Wipro has won multimillion dollar contracts on the back of intellectual property from Appirio, a cloud solutions company it acquired last year for half a billion dollars. TCS can probably build complex virtual “twins” of turbines for Rolls-Royce, not only saving time, effort and money, but also, potentially, identifying problems with, say, manufacturability before they arise. The company won a $50 million contract in the digital services area during the latest quarter— it’s biggest to date. Even in traditional IT outsourcing, that value would make the contract a large one, and here, it implies “digital has come of age”, as the company puts it. The problem is, traditional outsourcing—shipping application development and maintenance to cheaper centres in India—isn’t growing. And it’s only going to wane in the future. The question now is whether the Indian IT companies have enough time to cash in on the growth in their digital services and scale it.

Tweets by @forbes_india
Budget 2018: Eight things to know before you watch it
Budget 2018: Key takeaways from the FM speech