A luxurious private estate within Terre Blanche, La Bergerie combines a breathtaking setting with world-class service in the south of France 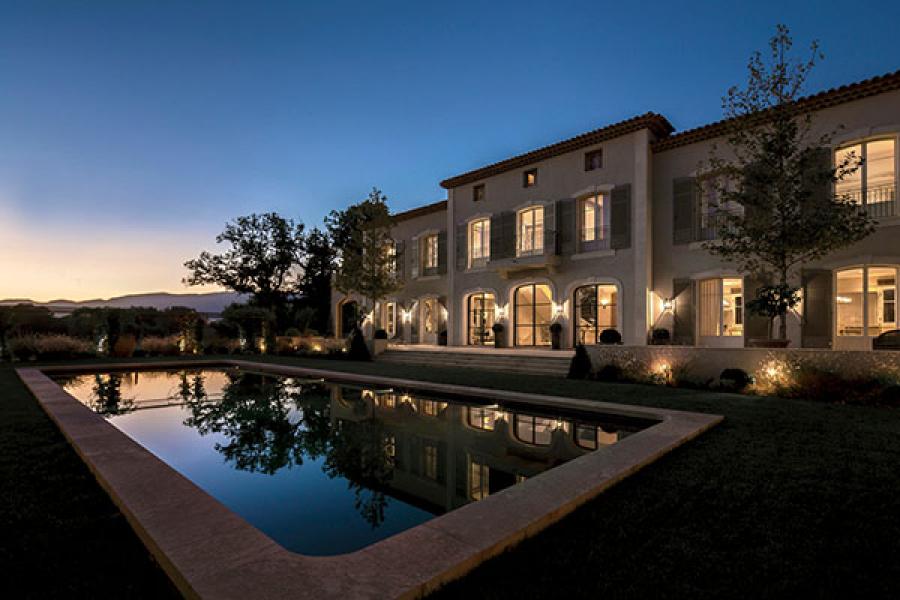 Estate planning: For $58,000 a week, La Bergerie provides access to the resort at Terre Blanche and its two golf courses. Should guests want to venture away from the villa, Cannes is just a 30-minute drive away

Louis Sauveur, Marquis de Villeneuve and the French ambassador to the Ottoman Empire in the early 18th century, probably didn’t foresee that a spacious sheep barn on his property in the idyllic Provençal countryside would be reborn some day as one of the world’s most exclusive villas. But thanks to an entrepreneur with an eye for distinctive real estate and a taste for five-star service, that’s exactly what happened.

The enchanting result is La Bergerie, an understatedly elegant escape in a region frequented by some of the world’s most discerning jet-setters. Featuring a dramatic two-storey entrance and decorated with a mix of contemporary and antique furnishings in a muted colour palette, the villa sleeps 12 in six immaculately appointed bedrooms. A fully equipped barbecue kitchen and expansive outdoor dining and living areas surround the gorgeous swimming pool, the villa’s focal point. Inside, there’s a cinema room, a fully stocked wine cellar and a spacious kitchen/great room outfitted with top-of-the-line appliances and a fireplace. To give La Bergerie its singular sense of place despite its almost new construction, old stone was recovered from the pre-existing ruin and used in the outside living areas and wine cellar to dazzling effect. Meticulous landscaping, anchored by a handful of centuries-old oak trees that majestically accent the grounds, further integrate the villa into its lush surroundings.

Situated in the town of Tourrettes in Provence, Côte d’Azur, La Bergerie is nestled within the grounds of Terre Blanche, one of France’s most esteemed resorts (and a jewel in the real estate crown of SAP founder Dietmar Hopp). Villa guests enjoy full access to the Terre Blanche facilities, including its two championship golf courses. The spacious spa, with its indoor pool and focus on innovative wellness treatments, is also a draw. La Bergerie offers stunning views of one course, Le Chateau (home of the French Riviera Senior Masters for the past five years), and of the perched villages of Fayence, Callian and Seillans. And if you tire of gazing at the black swans patrolling the villa’s lake or the scent of mimosa, roses, lavender, cypress and pine in the air, you can always head to the beaches of the Côte d’Azur—Cannes is just a 30-minute drive away, while Saint-Tropez, Antibes, Saint-Paul de Vence and Nice are close enough for day trips.

With rates starting at $58,000 for a week (excluding provisions), La Bergerie is the flagship villa of the Richstone Collection, the burgeoning luxury property arm of London-based real estate developer Richstone Properties. (CEO David Rich-Jones made his fortune as one of the eight founding employees of global outsourcing company Xchanging, which listed on the London Stock Exchange in 2007 with 8,000 employees and $1 billion in revenue.) La Bergerie is one of the latest projects in Rich-Jones’s career in real estate, which he began 20 years ago with wife and partner Laura. (Another is Templeton Estate, one-time home of Winston Churchill, which Rich-Jones is now converting into his family’s London residence.)

“I’ve always had a passion for property, and my career, during which I’ve travelled extensively, provided me insight into how to set up a company and standardise the processes to deliver exceptional service,” Rich-Jones says. “Richstone Collection was born out of the idea that there are lots of excellent hotels, and there are some very good villas, but very few properties that combine superyacht-level service with the unique setting of a private estate.” 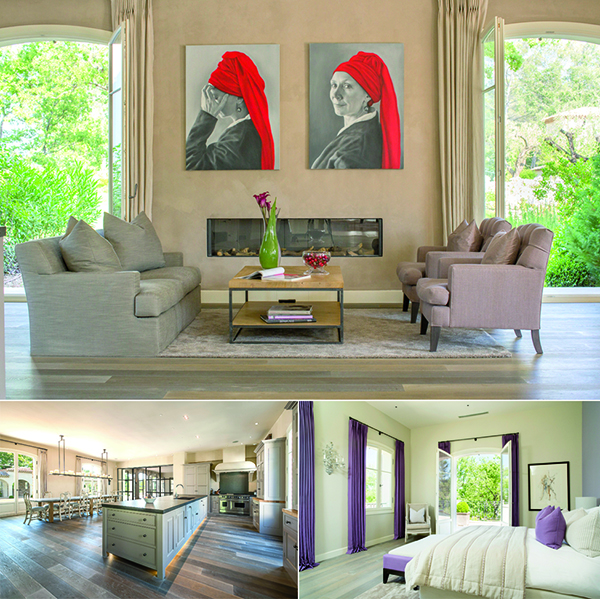 Estate planning: For $58,000 a week, La Bergerie provides access to the resort at Terre Blanche and its two golf courses. Should guests want to venture away from the villa, Cannes is just a 30-minute drive away

Indeed, stellar service is La Bergerie’s raison d’être. The amiable live-in staff of three, omnipresent yet seemingly invisible, is led by Helen Bate, a chef with more than three decades of experience working on superyachts. She and her team create feasts to suit all tastes and occasions, from themed four-course dinners to poolside buffet lunches and festive barbecues.

Guests’ wishes are La Bergerie’s command. With the help of concierge Anthony Jeannin, a Four Seasons veteran, the team has arranged everything from a fashion show on the villa’s terrace to the delivery of two Aston Martins for a road rally around the countryside. Need a helicopter for a quick lift to the Monaco Grand Prix? No problem—there’s a heliport on the Terre Blanche grounds.

Themed weekends are also a popular request, including a “James Bond experience”. Your action-packed day begins with a helicopter trip to Cannes, where, upon boarding a superyacht, you’re joined by a cameraman and actors, who then “kidnap” some of your party by jet ski and helicopter, and a chase ensues. Once your group is reunited, you’re whisked away to lunch on a private beach before spa therapists arrive to offer treatments and pampering. The day ends with champagne in Saint-Tropez, followed by a private limousine ride back to the villa for a gourmet dinner (and presumably a shaken martini or two).

Beyond La Bergerie, Rich-Jones is focussed on expanding Richstone’s portfolio. Two villas in Mauritius are under construction and scheduled to open in 2015 and 2016, respectively, and he’s on the hunt for a coastal property in France. Greece is also in Rich-Jones’s sights as well as the Caribbean. “We’re looking for other locations that would offer easy access to the US, as we think it’s an important market for us,” he says. Ultimately, Rich-Jones hopes to open five or six properties around the world. But he’s in no hurry. “We won’t rush it,” he says. “We want to be able to create something entirely unique.”