How to convince people you have a good idea

Your big idea isn't going to sell itself. Here's how to persuade everyone else that it's great 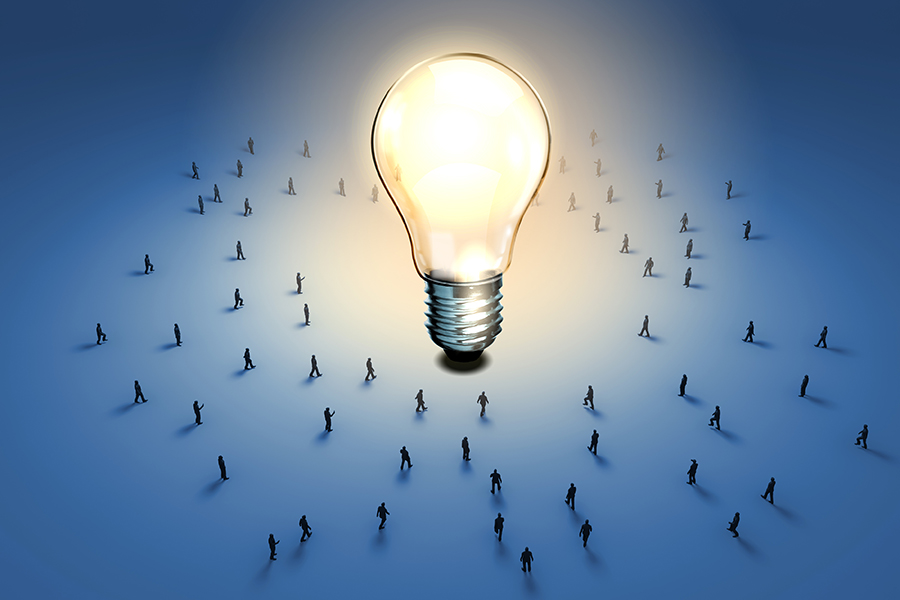 So you have a good idea. Now what? Don’t make the mistake of thinking that everybody else will instantly recognise its brilliance, that they’ll share your enthusiasm or accept and adopt your new product or service. That’s unlikely to happen: even the best ideas require people to be convinced.

Two examples of highly successful products illustrate this nicely. One is Nespresso. Nestlé sells 10 billion Nespresso capsules every year. But in 1992, Nestlé had made the corporate decision to shut down Nespresso. Nestlé’s management decided it would never succeed and also feared cannibalising the company’s existing instant-coffee business. The fact that Nespresso survived is because somebody within that organisation did a good job of convincing the rest to stick with it. (You’ll find out who further down this article.)

The second example is Barbie. Mattel’s Ruth Handler got the idea for a new kind of doll for girls when she was on holiday in Switzerland in 1957. She saw a very unusual doll there, named Lilli. Unlike American dolls at the time, which were flat-chested, Lilli had breasts and she was dressed in provocative clothes. She wasn’t bought for children, she was bought by Swiss men. It took Handler two years to convince her own organisation to make Barbie and even then no distributor wanted to sell it. Everybody said, “Are you crazy? No respectable mother is going to buy these for her children. These aren’t dolls, they’re sex toys.” Yet, 60 years later, two Barbies are sold around the world every second.

These examples show that even the best ideas need selling. There are five important variables that determine how likely it is that your efforts to convince people to back your idea will succeed. All five have to be right but the good news is you can influence them if you think strategically about each one in turn.

1. Who’s the seller?
Some people at better at selling their ideas than others. Consider, for example, former US President Kennedy. In 1962, he told the American people, “Let’s put a man on the moon by the end of the decade.” It was an extraordinary suggestion. But when Kennedy visited NASA and asked a janitor, who was cleaning the toilets, “What do you do here?” the guy said, “I’m helping to put a man on the moon, sir.” Now that’s having a powerful influence.

How did President Kennedy succeed in convincing people to pursue his vision? Effective sellers of ideas are credible, passionate about what they are selling and homophilous with the buyer (homophilous means the buyer looks at you and thinks, ‘I can relate to this person; he is one of us.’) The question for anybody trying to convince others of their idea is simple: “Do you display these characteristics?” If not, can you use somebody else to act as the seller of the idea?

2. How are you selling?
Some selling tactics are better than others. For example, if you’re not the president of the US, create some evidence to back up your idea. To do this, try it out, experiment with the idea. Collect some data and then go and show it to people. Similarly, if the idea is disruptive to people, can you frame it in a way that makes it appear less threatening? Can you use allies to help you sell the idea? Think creatively how to sell your idea and how to overcome resistance.

3. What are you selling?
Some ideas are quite simply better than others so it’s worth taking a long, hard look at what you’re offering. If my idea is to sell alcohol to the Muslim community, I could be the best seller in the universe, with fantastic selling tactics, but it’s highly unlikely that I will succeed. If an idea is disruptive to the norms and values of people, they are unlikely to buy it.

4. What’s the context?
What else is going on right now that might make your idea resonate – is the timing right? You might be selling it in the most effective way but people won’t buy it if the context isn’t supportive. Nouvelle cuisine took off in France between 1970 and 1997 because people were revolting against the status quo. It was a protest against traditional French cuisine, with its many rules, such as how to pair food with wine or how properly to cook certain types of food. In 1970 only 3% of restaurants in Paris served nouvelle cuisine. By 1997 it had been adopted by 37%. So look at your idea and consider: Is the timing right for it? Is there an urgent need for the idea?

5. Who’s buying?
Who are you selling the idea to? Supposing it’s about changing the world. You’re more likely to sell that idea to young people than to an older generation. Go to young people and say, “Join me, we’re going to change the world,” and some of them will. Go to my father, who is 85-year old, watching golf on television, and he’ll tell you to leave him alone – however charismatic you are and however persuasive in your arguments.

All five of these factors are important and the key point is that you can influence all five in your favour. For example, if you are not the right person to sell an idea, you could look for others to do the selling for you. If the timing is not right for your idea, you can help by creating a sense of urgency for the idea. If buyers are resisting your idea, you can look for allies to help. And you can certainly use a variety of tactics to sell your idea.

Unfortunately, most people look only at the “How” variable to influence rather than at all five. And when it comes to the “How” variable, the biggest myth out there is that the best tactic to influence people is to use rational arguments and reason. Rational arguments are important but they are not enough. An academic study at Harvard Medical School called Change or Die found that within six months of a heart operation, 90% of patients reverted to the behaviours that caused their poor health – smoking, eating fatty foods and so on – even though their doctor had told them, “You have to stop or you will die.” Rational arguments were not enough to convince these people.

If rational arguments are not enough, what can we do to convince people? The answer lies in the 10% who did change their ways after their heart operation. It all boiled down to how the doctor framed the need for change to them. What the doctor said to this 10% was, “Do you want to be able to play with your grandchildren without pain? Do you want to be able to go on long walks with your spouse, without having to carry an oxygen cylinder with you? Do you want to live a high-quality life? Then stop smoking.” This shows that if we want people to change, we have to give them something personal, positive and emotional to aim for.

Thus, to convince people, you need to win over the elephant – their emotional side. There are several ways to do this but my personal favourites are the following two: First, help people visualise what you're trying to sell to them in the most impactful way you can. If you have a medical innovation, for example, take along a patient whom your innovation has helped and ask them to talk about their experiences with your innovation. That’s going to be so much more memorable than a PowerPoint presentation.

Second, help your people appreciate what you are telling them by using stories. Storytelling is a key leadership skill. Human beings have been telling each other stories since the days when we lived in caves, when we’d sit around the fire after a day out hunting.

The key message is that good ideas don’t sell themselves. Until someone pushes for them, they're likely to fail. So don’t just hope for the best. Systematically work through the five variables, thinking carefully and strategically about each of them and making sure you have all five covered. Figure out how you’re going to establish an emotional connection with the people you want to convince. Then you have a chance of seeing your good idea become something people can’t get enough of.

Tweets by @forbes_india
Private equity investments jump by 64% in May 2017
We are re-focusing, re-purposing Tata Trusts: R Venkataramanan