As ladies' watches have become larger, more complicated and more expensive, it's paying off for luxury watch brands big time 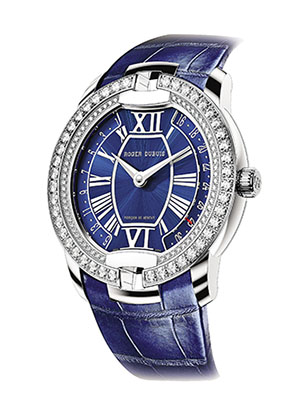 The Velvet Secret Heart by Roger Dubuis ($83,000) with a bi-retrograde jumping date and 48-hour power reserve

At the world’s largest and most important watch exhibitions this year, Salon International de la Haute Horlogerie (SIHH) and Baselworld 2016, the number of new timepieces that
were designed expressly for women was staggering.

Even more remarkable was the fact that a majority of these luxury watches were more than just pretty faces—ladies’ watches are now complex timepieces with brawn and brains in addition to beauty. Many are even equipped with in-house-made movements designed exclusively for women’s collections.

The luxury watch brand Roger Dubuis, for example, is predominantly known for its ultracomplicated men’s timepieces, but went all out at SIHH, unveiling an exhibition space dedicated entirely to women’s watches. Among those introductions are the Velvet Secret Heart, a bi-retrograde jumping date watch that has an in-house-made self-winding movement and retails for $83,000, and the Excalibur Brocéliande, a skeletonised flying tourbillon with built-in escapements that compensate for errors in timekeeping due to the effects of gravity, starting at $256,000. 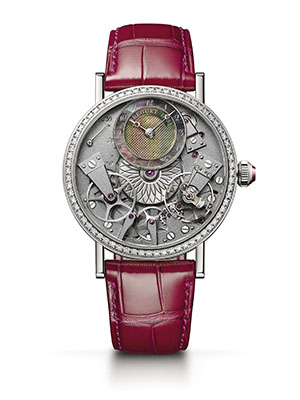 “The time is right to have a dedicated stage for women,” explains Jean-Marc Pontroué, CEO of Roger Dubuis. “Three years ago, when we unveiled Velvet, designed strictly for women, our ladies’ watch business was just under 15 percent. Now it represents more than 30 percent. That growth is attributed to women customers and their unique tastes. We didn’t even market the line. Now that we are marketing it, we expect even faster growth.”

Similarly, Jaeger-LeCoultre says it has almost doubled its sales of women’s watches in the past five years. Much of that growth comes from its leadership position of unveiling an entire mechanical collection for women, Rendez-Vous, four years ago. The line incorporates tourbillons, perpetual calendars and minute repeaters made for women. This year, the brand also created a new movement for women in its famed Reverso watch, offering the Reverso One Duetto Moon indication that has been totally redesigned.

“We believe that in general, the watch market for women will outperform the men’s in the future,” says Stéphane Belmont, creation and marketing executive director for Jaeger-LeCoultre. “And more and more women will want good-looking watches with real content in order to have a higher level of exclusivity and invest in a product that will last over time.” 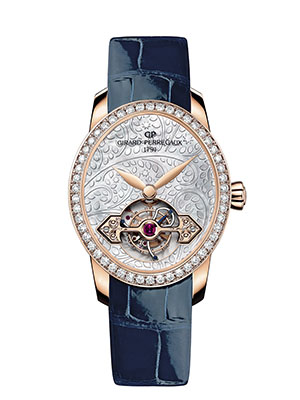 The Cat’s Eye Tourbillon with gold Bridge by Girard-Perregaux ($118,000)

Now that women also want something substantial under the hood, they are just as prepared as men to spend upwards of $50,000 and $100,000 on the right boardroom watch or statement piece.

This growing women’s segment has also helped certain brands expand their overall business in a global economy that has seen flat sales of complicated men’s watches.
One of the key contributing factors to the surge is the new blend of mechanics and magnificence many watch brands are seeking. For decades, women’s luxury watches were nothing more than scaled-down men’s models with quartz-powered movements and diamonds. That trend shifted several years ago, and brands began designing lines solely with today’s women in mind, offering substance in mechanical movements and complications such as chronographs and perpetual calendars. 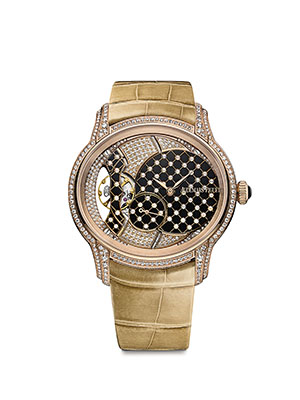 Because Patek has been creating mechanical calendars, chronographs and multi-timers for women for years, it’s had a customer ratio of 65 percent to 35 percent, men to women, that has held steady for the past decade. Still, the brand persists in creating specialised women’s pieces, and this year ushered in a new round of moon-phase and minute-repeater watches.

Other brands are also releasing new women’s collections with numerous functions for today’s multitaskers. Designer houses such as Hermès and Bvlgari are producing their own in-house movements to offer women precision and diversity. And brands such as Breguet, Cartier, Harry Winston and Corum are unveiling superb works of art in the form of automatons (moving figures on the dial), chiming watches, elaborate moon phases and skeletonised watches (wherein more than half of the metal of the movement is carved away to reveal the mechanical prowess of the calibre).

Indeed, unveiling complications for ladies’ watches has become so prevalent in the past few years that it is time to stop calling it a trend and start calling it reality. When it comes to highly technical watchmaking, women’s time has simply come.