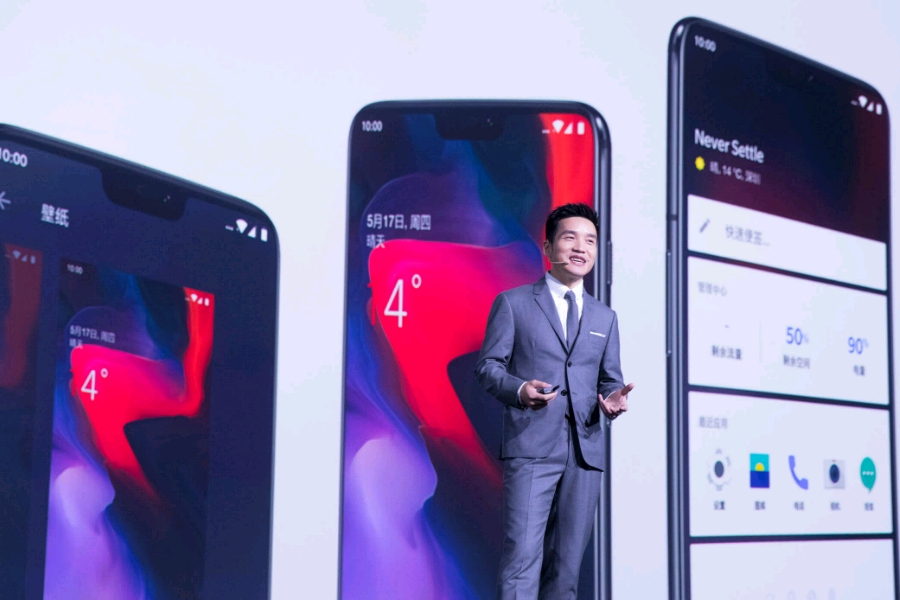 Chinese smartphone maker OnePlus is looking at a second company headquarters in Bengaluru, India, signalling the overarching importance of Asia’s third largest economy and its smartphone market which is estimated to be $8 billion in size. Over the last decade, Chinese manufactures such as Xiaomi, Vivo, Oppo and OnePlus have come to control about 51 percent of India’s smartphone market. For OnePlus, founded by former Oppo executive Pete Lau in 2013, India has come to be its biggest market and has helped propel the company’s revenue for calendar 2017 beyond the $1 billion mark.

India now accounts for over one-third of the total revenues (of $1.4 billion) of Shenzhen-headquartered OnePlus, followed by Europe, China and the US. “India is super important to us. We are looking at it as a place to have our second headquarters as a company,” Lau, founder and CEO, OnePlus tells Forbes India on the sidelines of the launch of the company’s latest smartphone the OnePlus 6, in Beijing. “Bengaluru is mostly likely where the headquarters will be based. The stating of two headquarters (Shenzhen and Bengaluru) is a possibility,” says Lau.

As part of his larger vision for India, OnePlus will expanded its research and development (R&D) capabilities in the country as well as have a deeper focus on a ‘Make in India’ strategy. Presently, the company is finalising plans on local component manufacturing and sourcing.

“Essentially, all of our products that are sold in India are contract manufactured in the country, already. That’s something that we are proud of,” adds Lau. Asked if OnePlus would consider to setup an in-house manufacturing facility, he says, “We prefer to take an approach that remains asset light, but our focus will certainly be on Make in India.”

What would be more significant, he says, “would be that decision making would be coming out of the team here in India — in the creation, evolution and development of products for the company.” And adds, “We would have product managers that would be based in India and there would be larger R&D team as well.” OnePlus is a lean company in terms of headcount having over 60 employees in India and 850 globally.

Founded in the winter of 2013, OnePlus arrived in India about a year latter through an exclusive online partnership with Amazon India, which continues to be its exclusive online partner. The company operates in the premium end of the market with its products priced above $400. Citing IDC’s Quarterly Mobile Phone Tracker Q4 2017 report, OnePlus claims that it has a 48 percent share of sales in the online premium smartphone category in India. And a 28 percent share of the overall premium smartphone market in the country.

Further, the report had also stated that OnePlus grew by 1116 percent in the premium smartphone segment that quarter. “According to Counterpoint Research 2018 Q1, OnePlus 5T was the best-selling model during the quarter, driven by its limited edition variant launch. OnePlus 5T maintained the position of best-selling premium smartphone in India for two quarters consecutively,” citied the company.

On Thursday, the company launched its latest product the OnePlus 6, which has an all-glass exterior. With a 6.28-inch full optic AMOLED 19:9 display, the phone is powered by Qualcomm’s Snapdragon 845 processor, has two options of 6 GB and 8 GB of RAM and runs on Android’s OxygenOS. It’s dual camera system features a 16MP main camera which is supported by a 20MP secondary camera. It’s priced between Chinese Yuan 3,199 and Chinese Yuan 4,199. The company also launched its first wireless Bluetooth earphones. “With the OnePlus 6, we challenged ourselves to deliver an external design as smooth and elegant as the work we've done inside the device," says Lau.

(The writer travelled to Beijing at the invitation of OnePlus)

Tweets by @forbesindia
The auspiciousness of number 9
Digitalisation is not about taking away jobs: Siemens's Roland Busch