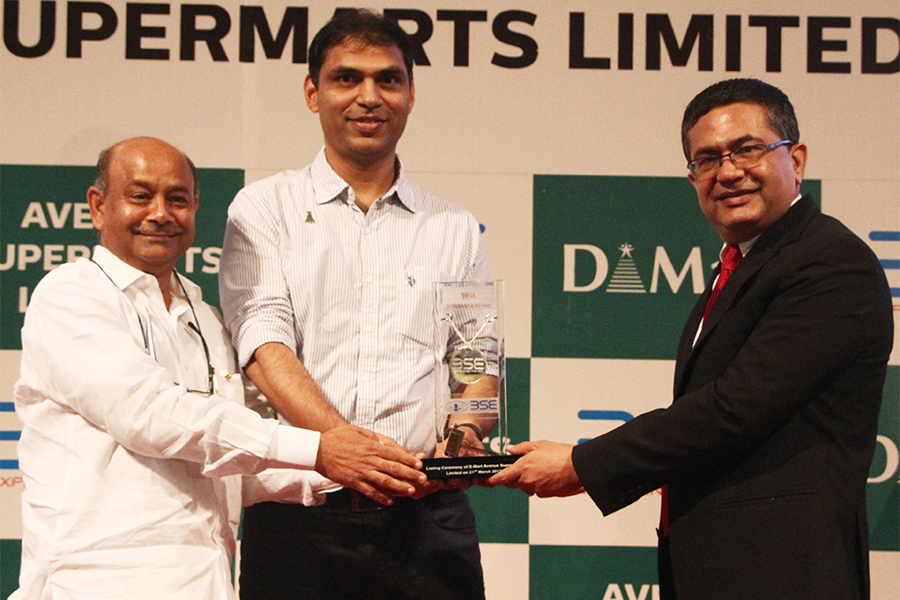 Avenue Supermarts, which runs the D-Mart brand of stores in the supermarket chain promoted by ace but low-profile investor Radhakishan Damani had a stellar debut at the stock markets, jumping by over 102 percent to its issue price. The investing community has reposed faith in its business model and also scrambled to buy a larger quantity of the stock of which only 10 percent is available to the public.

Rival retail listed stocks such as Future Group, V-Mart and Aditya Birla Fashion and Retail were hit in comparison and down between 2 to 6 percent in early trade.

Although most brokerages had recommended that investors subscribe to the issue with the large run up in price they turned cautious. “It now trades at 40 times FY19 earnings and at these valuations I would suggest that investors watch for its performance over the next two quarters before deciding to invest,” Jubil Jain, an equity research analyst at Philip Capital told CNBC-TV18 after the listing.

The company is over the next few years likely to see increased competition from e-tailers as they vie for a larger slice of the Indian market. While it is anybody’s guess as to how much future growth is priced in it would be fair to say that the stock may not insignificantly increase in value hereafter.

D-Mart is the country’s most profitable retail chain. In the last five years profits have grown at a CAGR of 40 percent while top line has expanded 30 percent every year to Rs 8,780 crore for the nine months of FY17 while its profits for the same period were Rs 387 crore.

It has followed a cluster strategy and runs 118 stores in nine states and one union territory, according to a company presentation.

D-Mart’s listing comes at a time when Music Broadcast the promoter of RadioCity also listed at a premium. The Music Broadcast stock was trading on Tuesday at Rs 361, nine percent above its issue price of Rs 333.

At a conference earlier this month, Avenue Supermarts said it plans to deepen its D-Mart store network in western India and expand its presence in southern states of Andhra Pradesh, Telangana and Karnataka and in northern India.

The company says it has chosen these locations carefully as they account for 48 percent of retail spends in the country. In FY2016, the retailer got 62 percent of its sales from the state of Maharashtra, where it has 60 stores.

India’s $ 616 billion retail market is catered to mainly by small mom-and-pop stores and a small but growing presence of organised retailers. According to a presentation by D-Mart, organised retail or modern trade has a share of 8.9 percent or $55 billion. But even here modern trade has found it hard to make money primarily due to high rental rates.

Tweets by @forbesindia
101 Indian billionaires on Forbes's list of world's richest people
Nokia's new 3310 will appeal to Indians, even those with app-laden smartphones