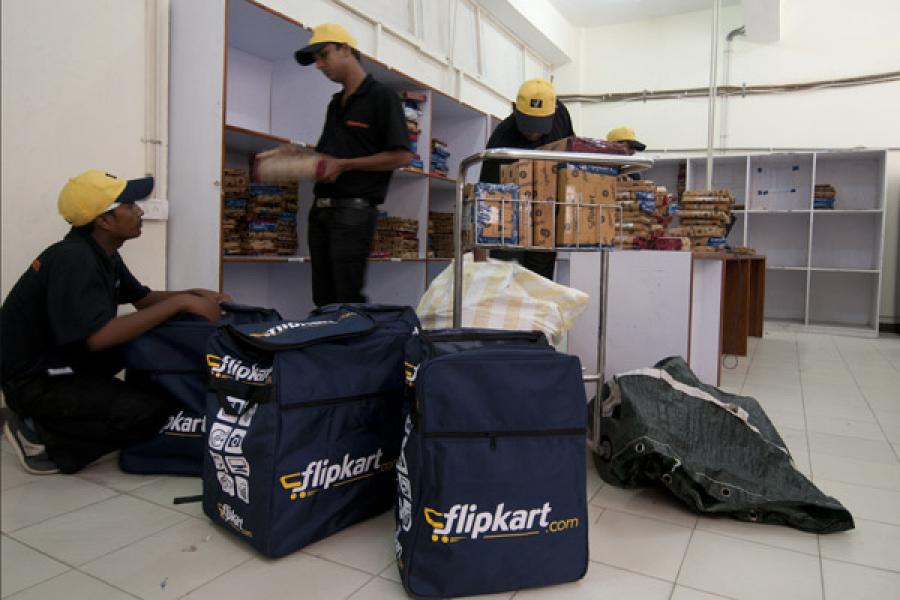 Sachin Bansal, co-founder and CEO, Flipkart, said in a statement: “We are excited to be a part of the DST portfolio featuring companies that are leading social and ecommerce innovators. DST brings a global perspective into each of their internet investments along with a unique understanding of the businesses they invest in.”

Yuri Milner, founder, DST Global, said “Flipkart is one of the fastest growing internet companies globally led by visionary founders. It is well placed to capitalize on the significant opportunity in the fast growing Indian ecommerce market.” Milner is a savvy and prominent investor: in 2009, he picked up a 1.96 percent stake in Facebook for $200 million, and his investment fund also has a stake in Groupon, Zynga, Spotify and Airbnb.

Binny Bansal, co-founder and COO, said in a release “We met our gross merchandise value (GMV) run rate of $1 billion a year before target, reinforcing our leadership position. The funding further strengthens our capabilities to deliver on our next stage of growth.”
***
According to media reports Flipkart has so far raised $780 million in funding since it started operations in 2007. On May 26, The Economic Times reported that last year Flipkart had raised $360 million in two tranches at a valuation of $1.6 billion.

As a comparison, Flipkart’s closest rival, Snapdeal.com, raised $133.7 million led by existing investor eBay in February this year, and just last week they roped in fresh funding of $100 million from investors including Temasek, BlackRock, Myriad, Premji Invest and Tybourne.

Last week, Flipkart had acquired fashion portal Myntra for an undisclosed amount (The deal was estimated to be in the range of $300 million to $330 million). Experts have said that the acquisition would strengthen Flipkart’s position in the retail market, and equip it to take on the deep-pocketed global e-commerce giant, Amazon. Fashion is clearly their next big bet: the company announced (at the time of the Myntra acquisition) that it plans to invest $100 million in fashion business over the next 12 to 18 months.

Despite the country’s e-commerce players finding it difficult to become profitable in a capital intensive business, long-term growth potential is luring global investors into investing in online retail ventures.

Deepak Srinath, director, Allegro Capital Advisors, an investment bank, said it’s a good sign for the e-commerce industry in India that a company like Flipkart is attracting global investors. “Flipkart is a global story out of India and its no wonder global investors who have interest and expertise in e-commerce space are backing it.” He also conjectures that the latest funding round is probably on the back of the Myntra acquisition: “Fashion is an area where Amazon is relatively weak, and they also cannot hold inventory.”

India’s e-commerce industry, which is growing at 40-50 percent annually, forms 6-7 percent of the organised retail market in the country. At present, the travel segment accounts for over 70 percent of all online sales in the country.

Fact sheet:
Flipkart, which started as an online book store based in Bangalore in 2007, had, within three years, expanded its product range to add mobiles and electronics. Two years ago, it added more categories like clothes, footwear, toys and accessories; today, the list includes home and baby products.

Flipkart currently has an employee base of 10,000, over 18 million registered users, and daily site traffic of around 3.5 million. According to the filing by the company with the Registrar of Companies, Flipkart India Pvt. Ltd, the wholesale business of Flipkart, reported a loss of Rs 281.7 crore in the year ended March 2013 compared with Rs 109.9 crore in the previous year. During the same period revenue jumped fivefold to more than Rs 1,180 crore from Rs 204.8 crore in the previous year.