eBay increases its investment in Snapdeal 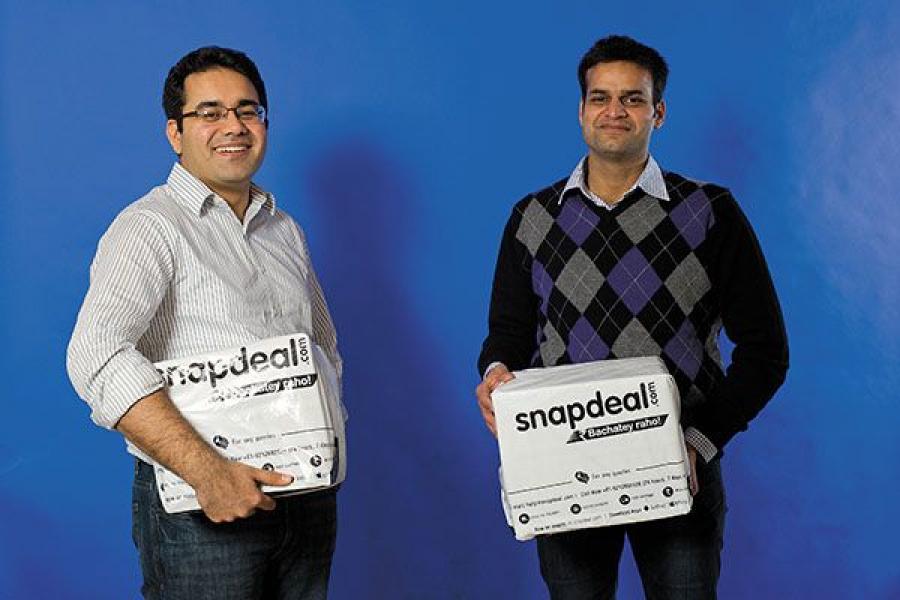 Delhi-based online market-place player Snapdeal.com on Thursday raised $133.7 million (about Rs 800 crore) in its latest round of funding led by existing investor eBay, one of the largest investments in the country’s e-commerce space in recent times. Despite India’s $3 billion e-commerce industry finding it difficult to become profitable, long-term growth opportunities are keeping investors busy cherry picking ventures to park their funds.

Started in February 2010, Snapdeal.com  is one of India’s first e-commerce players to adopt a market-place model, which is now the preferred model in the sector, with the likes of Flipkart also trying this model, moving  away from the inventory- based business it adopted in 2007, when it started.

“We see eBay’s second round of investment in Snapdeal as an endorsement of our strategy and progress,” said Kunal Bahl, co-founder and CEO, Snapdeal in a statement, adding that all its current institutional investors including Kalaari Capital, Nexus Venture Partners, Bessemer Venture Partners, Intel Capital and Saama Capital had also participated in the latest round of funding.

However, Bahl did not specify eBay’s current stake in the company and the financials of the deal.  Last year US-based eBay made an initial investment in Snapdeal and also announced its partnership with the Indian market-place player to cross sell their products. According to reports, the global market-place player eBay  invested $50 million in Snapdeal in 2013. There is no official figure, but according to markets, Snapdeal has raised over $200 million so far including the latest funding.

With over 20 million members, 500 plus product categories and over 20,000 sellers, Snapdeal.com had earlier said that it plans to clock gross merchandise sales on the platform of $1 billion by 2015, while it expects FY14 to end with a gross merchandise value of Rs 3,000 crore.

“Accelerating growth in India and other emerging markets continues to be a core strategy for driving eBay’s global e-commerce leadership. eBay is excited about the prospects ahead for both Snapdeal and the eBay India business,” said Jay Lee, senior vice president and APAC managing director eBay, adding that the company would continue to invest in Snapdeal due to its complementary business model.

According to data from investment research firm Venture Intelligence, in 2013, India’s e-commerce space attracted total funding of $542 million across 30 deals.  Regarded as one of the highest amounts raised by an e-commerce company in the country, last year in July, Bangalore-based Flipkart.com raised $200 million (around Rs 1200 crore) from its existing private equity (PE) investors including Naspers, Accel, Iconiq Capital and Tiger Global.

Industry experts point out that there are not many attractive sectors where investors find good returns, while e-commerce players offer several innovations in categories and verticals. The e-commerce industry in India, which is growing at 40-50% annually, forms 6-7% of the organised retail market in the country. At present, the travel segment accounts for about 80% of all online sales in India. According to  management consulting firm Technopak, e-commerce is projected to grow at a CAGR of 45% to touch $200 billion by 2020.

Tweets by @forbes_india
Lenskart.com Has Set Sights on $10 Bn Market
Strategic Planning: A Roadmap To Success