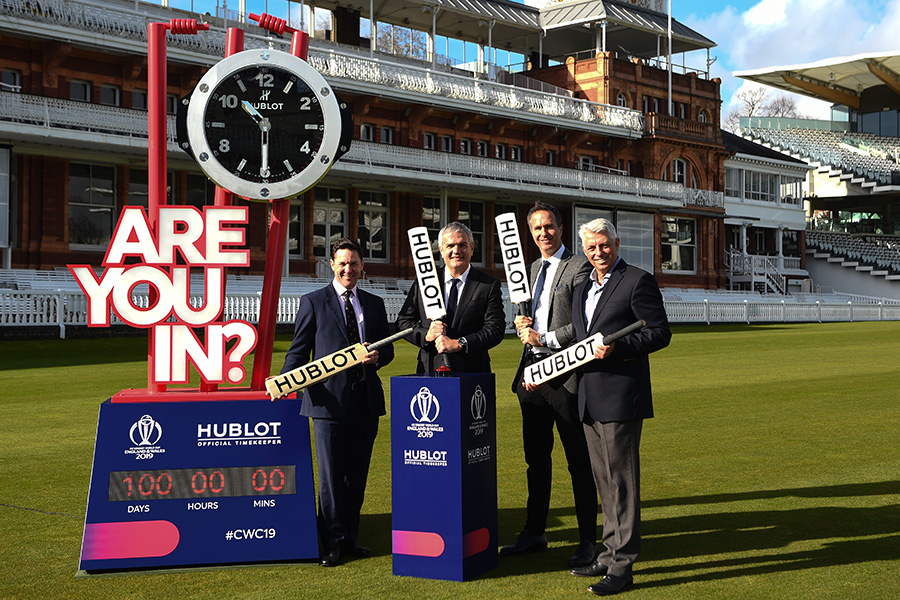 Hublot, the Swiss luxury watchmaker and official timekeeper of the International Cricket Council (ICC) Cricket World Cup 2019, kicked off the 100-day countdown to cricket’s greatest competition. Ricardo Guadalupe, CEO of Hublot launched a three-metre-high clock at Lord’s, the iconic ‘Home of Cricket’, to mark the occasion. The 12th edition of the World Cup will be hosted this year in England and Wales; the first match will take place between England and South Africa on May 30.

Hublot also announced that former England captain Michael Vaughan will be the new brand ambassador. A celebrated batsman, Vaughan led England in 2003 and 2008, winning a record 26 Test matches—most famously, he led the team to win the 2005’s Ashes between England and Australia, England’s first Ashes victory since 1987.