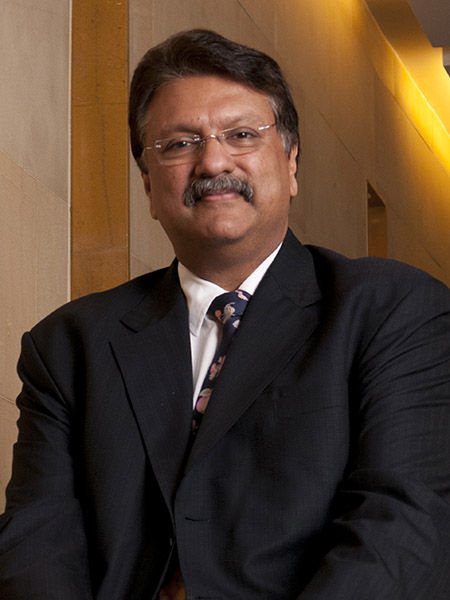 Ajay Piramal, chairman, Shriram Capital
Image: Dinesh Krishnan
IDFC and the Shriram Group are believed to be in talks to merge some of their businesses. Should this materialise, it could create a financial services behemoth with a market cap of $10 billion (or Rs 65,000 crore). The negotiations are ongoing; there are board meetings scheduled on Saturday (July 8) independently for both Shriram Capital and IDFC Bank which will throw more light on the progress.

According to people in the know, there is a two-fold plan in play. The financial services arm of Shriram Group, which are STF and SCUF, could get merged with IDFC Bank while the general and life insurance businesses within the unlisted Shriram Capital would also get merged with IDFC.

A complex deal
“This is one of the most complex mergers in the financial services industry,” says a banking analyst at a leading brokerage of a financial services firm, declining to be named. Media reports have spoken about the strong retail franchise which STF could bring to IDFC Bank. IDFC Bank, which is headed by managing director and CEO Rajiv Lall, has not been able to build a strong retail business so far in the two years since getting a universal banking licence.

IDFC Bank has – in a bid to move beyond its infrastructure financing legacy of its parent IDFC – in recent years expanded its reach and customer base by acquiring ASA International India Microfinance, the Indian arm of Dhaka-based ASA International, and later Tamil Nadu-based Grama Vidiyal Microfinance. So the merger will help IDFC Bank expand its retail franchise but this may not be enough for the bank. “If you are telling me that there is a synergy for IDFC Bank in that this merger will help it to improve on its priority sector lending, that it fine. But building the liability book and reducing its cost of funds should be the core issue for IDFC Bank. I wonder how this merger will help that,” the analyst adds. IDFC Bank had reported an 8 percent decline in its January-March quarter of Rs 176 crore, compared to its sequential previous quarter, October to December 2016.

Investor roles critical
Speculation is rife about what Piramal is planning. A BFSI analyst at a foreign brokerage suggested that he may want to lead the merged banking conglomerate. But there are some who say that the IDFC-Shriram group businesses merger could pave the way for Piramal to mark an exit at a later stage, if he wishes so.

It must be noted that Piramal, who has been chairman of Shriram Capital since November 2014, has refrained from merging PEL’s financial services businesses with that of Shriram’s. In May this year, he had told Forbes India that it was better that both entities “grow independently.”

The stand which Sanlam takes in the proposed merger will also be critical, analysts say. The minority shareholders’ interests will also become an important consideration.

Players silent but investors see value
All the key players have declined to comment officially about the proposed merger plan. IDFC Bank told the BSE that “it keeps evaluating opportunities from time to time” and should anything fructify, it would inform the stock exchanges accordingly. PEL on Friday said that “it cannot comment on market speculation”.

STF, in a note to BSE, said that as part of corporate strategy it continuously evaluated various opportunities to enhance shareholder values. “At this point, there is nothing that requires disclosures,” it added.

Tweets by @forbesindia
How does immigration affect global business?
Good (but not so) Simple Tax