Private consumption, manufacturing hurting pace of growth the most 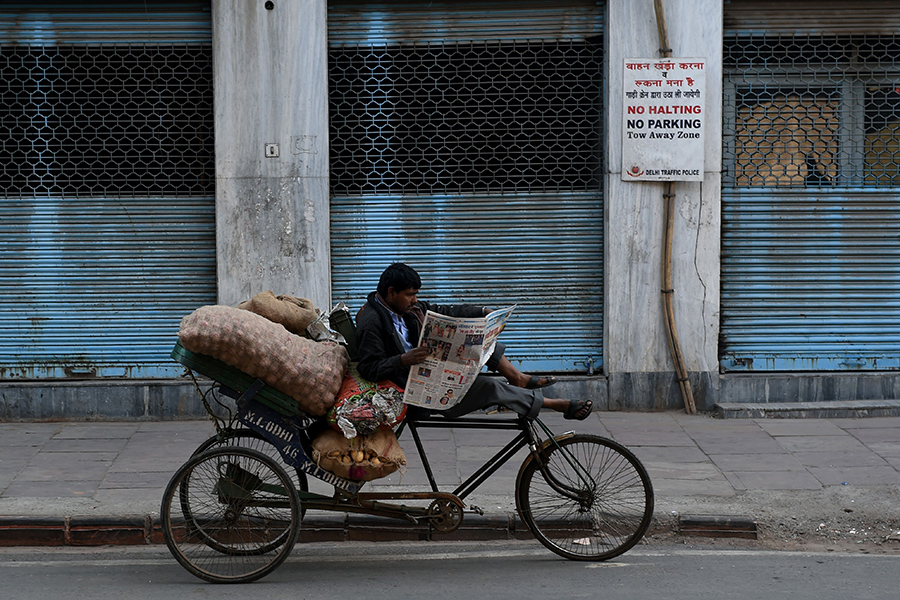 Image: MONEY SHARMA/AFP/Getty Images
India’s economy grew by a lower-than-expected 5 percent for the three-month ended June–a 25 quarter low or near six-year low–firmly indicating that the country is in the midst of a broad-based slowdown. The pace of growth, which was dragged down by private consumption and manufacturing activity, was lower than what economists forecast at 5.5 percent to 5.8 percent for the quarter. The last slowest quarterly growth was at 4.3 percent in Q4FY13. Private consumption, which commands nearly 60 percent of the nominal GDP, rose just 3.1 percent in Q1FY20 compared to 7.2 percent in the previous Q4FY19 quarter. Manufacturing activity grew at just 0.6 percent compared to 3.1 percent in the last quarter. The only positives emerging from these numbers is that much of the pain appears to be behind us and the GDP data in coming quarters will start to show an uptick, economists said, albeit aided by the base effect of the previous year. And the Reserve Bank of India (RBI) will continue to cut rates in a direct effort to spur growth and investment. The RBI has—in a move to spur demand—cut interest rates by lowering the repo rate by 110 basis points in four successive monetary policy meetings between December 2018 and August this year. “While there could be some more pain felt in the current (July to September) quarter, data will start to show an improvement in the second half of the current financial year,” says Sameer Narang, chief economist with Bank of Baroda. Narang believes that demand could see an upswing in coming quarters during India’s festive season, which has already started. Also the 2019 monsoons, though erratic and severe, have been adequate in a lot of states, and will help boost the rabi crop output. Narang has estimated India’s FY20 growth at 6.5 percent, which is even lower than the Reserve Bank of India’s projection of 6.9 percent. India’s economy grew by 6.8 percent in FY19. Siddhartha Sanyal, chief economist at Bandhan Bank also believes that India could start to show a better set of numbers in the coming quarters ahead. Explaining the growth path ahead, Sanyal said that assuming that inflation remains subdued and twin deficits are steady and the RBI continues to cut rates, India could start to see the benefits of the government’s recent economic measures. On Friday, India’s finance minister announced the decision for mega bank mergers which would see the number of public sector banks in India more than halve to 12, from the current 27, post the mergers. Earlier this month, India’s Finance Minister Nirmala Sitharaman announced a slew of measures which she maintains “were a response from the government” to demands from various industry-related lobby groups to help improve economic activity. In its first set of measures announced, the government decided to withdraw the controversial tax surcharge on the Foreign Portfolio Investment (FPIs) announced in the Budget last month. It also decided to remove the enhanced surcharge levied on long-term and short-term capital gains, which was announced earlier. But the RBI in its annual report released on Thursday has said that “there are still structural issues in land, labour, agricultural marketing and the like, which need to be addressed. The disaggregated analysis confirms that a broad-based cyclical downturn is underway in several sectors: Manufacturing; trade, hotels, transport, communication and broadcasting, construction and agriculture.” On Friday, the benchmark BSE Sensex index closed up 263.86 points or 0.71 percent at 37, 332.79. For the month of August, Foreign portfolio investors are net sellers for Rs 17,592 crore in equities—their highest level since October 2018—according to data from the National Securities Depository Ltd (NSDL).