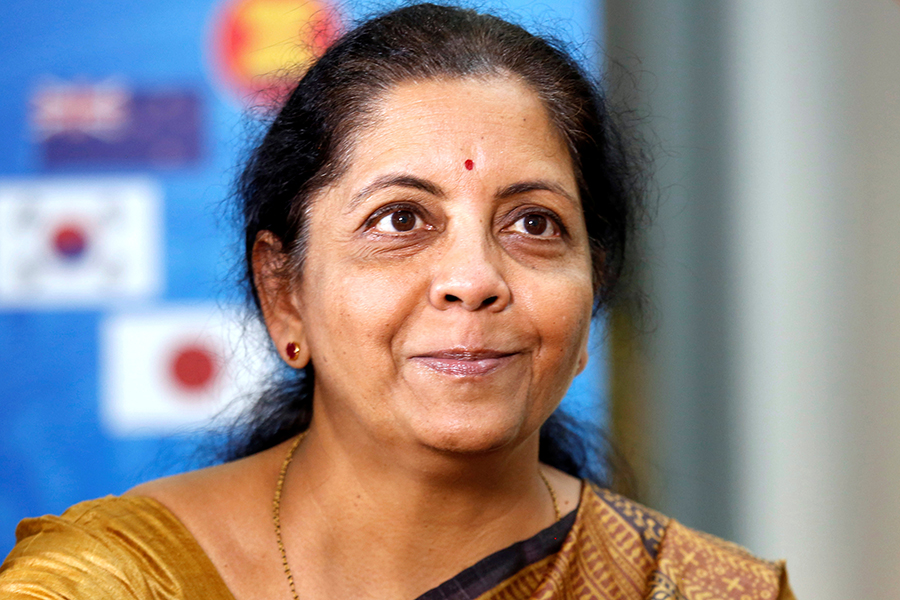 The government on Friday evening announced a slew of measures in a direct move to allay concerns which corporate India and financial market investors might have relating to a slowing pace of growth and weakening consumption over the past few quarters.
The biggest takeaway of Finance Minister Nirmala Sitharaman’s press conference was that the government is finally listening. It will put to rest two concerns which Indian businesses and investors were having: That the government did not trust business and that the government has no specific game plan to tackle the domestic economic slowdown.
The fact that a specific economic stimulus was not announced—which would have put more pressure on the fiscal deficit—might actually be a positive at this stage, experts said. Sitharaman said the government has decided to withdraw the controversial tax surcharge on the Foreign Portfolio Investment (FPIs) announced in the Budget last month. It has also decided to remove the enhanced surcharge levied on long-term and short-term capital gains, which was announced earlier. Both these moves will be seen as a sentiment booster for the stock markets when they open on Monday. Major benchmark indices are ruling at six-month lows. India is witnessing its slowest growth in the past five years—with GDP growth of 5.8 percent in the fourth quarter of FY19, from 6.6 percent in the previous quarter. The RBI has—in a move to spur demand—cut interest rates by lowering the repo rate by 110 basis points in four successive monetary policy meetings between December 2018 and August this year. Foreign portfolio investors were net sellers in July for Rs 12,419 crore in equities—their highest level since October 2018—according to data from the National Securities Depository Ltd (NSDL). Commenting on Friday’s announcements, Gaurav Dua, head, capital market strategy at Sharekhan by BNP Paribas, said, “It is difficult to quantify the impact these measures will have immediately to revive the economy. But what the government is trying to do is remove negativity in the system. At least the government is open to suggestions.” Sitharaman, on Friday, announced an immediate release of Rs 70,000 crore by way of recapitalisation for public sector banks. Though budgeted for, the immediate injection will be seen as a huge positive for the banking sector, which have started to see a fall in the levels of gross non-performing assets in Q1FY20. Also, several of the public sector banks that were placed under the restrictive PCA regime, have been freed from it by the Reserve Bank of India in recent months. The recapitalisation move will release liquidity to the tune of Rs 5 lakh crore into the banking system for lending. “The immediate capital infusion will be a huge positive for banks and make them better placed to lend and thus improve credit growth,” says Sameer Narang, chief economist at Bank of Baroda. Narang also said that a range of measures will help to improve liquidity in the system, which housing finance companies and non-banking financial companies. Anuj Puri, chairman of Anarock Property Consultancy said the move to offer more credit support for purchase of homes, vehicles and consumption goods is “extremely welcome”. “This move gives a major liquidity support of an additional Rs 20,000 crore to HFCs, and this will significantly improve the momentum of lending to cash-strapped developers by the NHB. Sitharaman has promised that the government will, in coming days, come back to announce a fresh set of measures to help boost the economy. These could relate to the real estate and core sectors of the economy, which might thus help improve job creation in coming months. Responding to a specific query at the press conference on whether all these measures would help to create employment, Sitharaman said, “These are all being addressed only for that purpose.”