The Bengaluru IT giant, amid an ongoing scrape with its own founder, will rivals TCS and Cognizant in returning cash to investors via a buyback 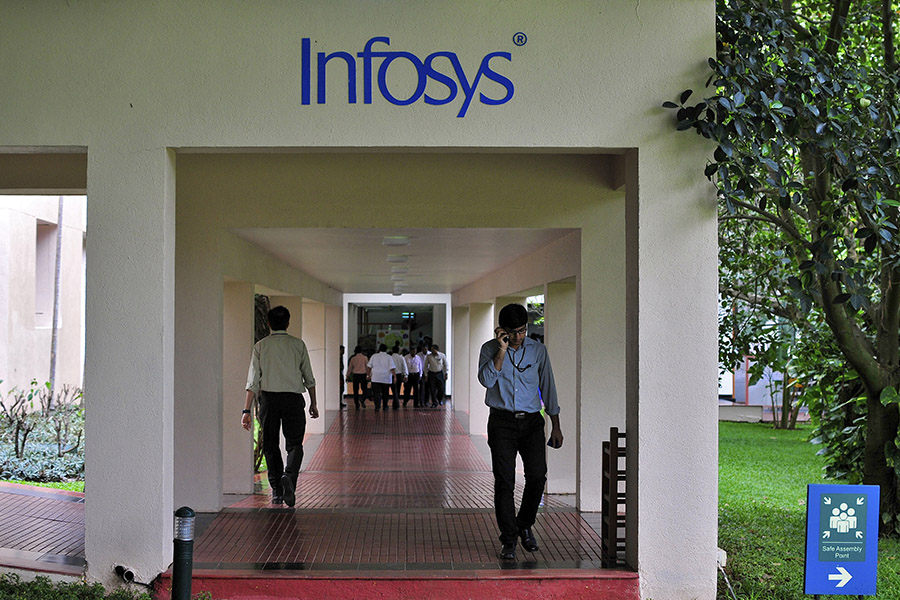 Image: Abhishek Chinnappa
Shares of Infosys, India’s second biggest software services provider, rose 4.7 percent in Mumbai trading after the company told the stock exchanges that its board of directors will consider a share buyback.

Such a buyback would be the first in the 36-year history of the company, and Infosys’s directors are to meet on August 19, 2017, according to a statement the company filed with Bombay Stock Exchange on Wednesday, after market hours. Earlier this year, Infosys also changed its own articles of association to give itself room to effect a share buyback.

“The company is closing the trading window with immediate effect,” Infosys said in its statement. The window will re-open on August 22, 2017.

If Infosys’s board announces a share purchase, as widely anticipated, Infosys will be joining rivals Tata Consultancy Services and Cognizant Technology Solutions in returning billions of dollars in cash to investors. Cognizant earlier this year announced a $3.4 billion dollar buyback and Tata Consultancy announced it will return Rs 16,000 crore (about $2.39 billion) to investors.

It is unlikely that Infosys, which is debt-free and has over $5 billion in cash reserves, will make any big-ticket acquisitions soon, unlike rivals Cognizant and closer to home, Wipro, which have spent billions of dollars on acquiring businesses in the US and Europe.

That one of the deals on CEO Vishal Sikka’s watch, of Panaya Inc., an automation technologies specialist that cost Infosys $200 million, became one of the points on which founder NR Narayana Murthy criticised the company, will probably make the traditionally conservative company even more circumspect. This notwithstanding the fact that independent investigations showed Sikka or Infosys did no wrong in that deal.

Murthy, now a minority shareholder, has publicly said he now regrets leaving Infosys in professional hands, referring to the second time he stepped back from the company, a year after appointing Sikka, a former SAP SE executive, as CEO in June 2014. Over the last one year, he has criticised the CEO’s compensation as being too high and questioned payouts to former executives including a former CFO and a former general counsel.