Jack Ma is retiring from Alibaba, but he won't go far

On paper, Daniel Zhang, Alibaba's chief executive, will succeed the 55-year-old Ma as executive chairman, but Ma will remain a considerable force at the company 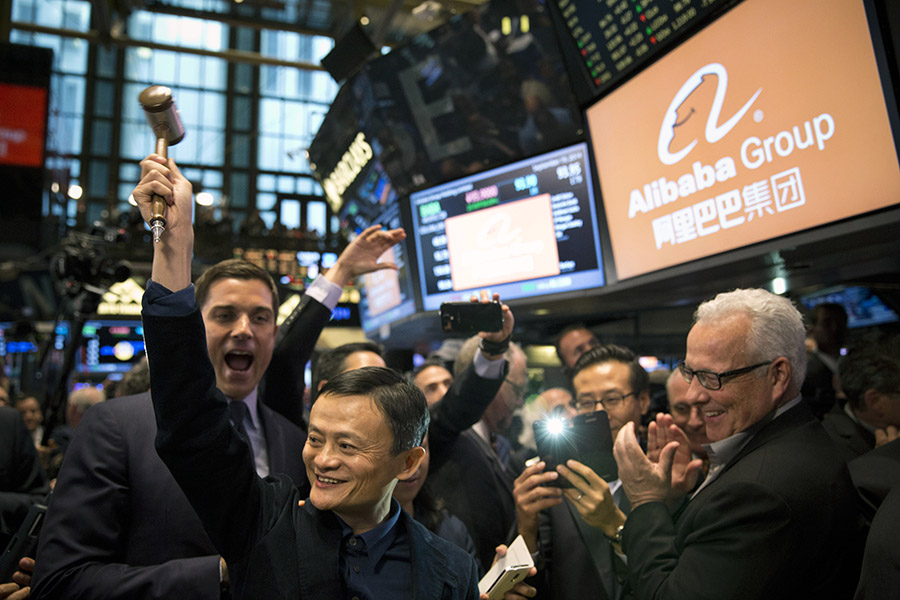 Jack Ma, founder of the Alibaba Group, at the New York Stock Exchange for the company's initial public offering, Sept. 19, 2014. Ma formally retired on Sept. 10, 2019, from Alibaba, the Chinese e-commerce giant he founded that helped transform the way hundreds of millions of people shop and made him one of the world’s richest men.
Image: Todd Heisler/ The New York Times


HONG KONG — Jack Ma formally retired Tuesday from Alibaba, the Chinese e-commerce giant he founded that helped transform the way hundreds of millions of people shop and made him one of the world’s richest men.
But despite the elaborate celebrations the company held Tuesday to commemorate his departure, Ma isn’t going far. On paper, Daniel Zhang, Alibaba’s chief executive, will succeed the 55-year-old Ma as executive chairman. Ma has said he will devote his time to philanthropy, especially rural education. “I’m not going to stop doing things,” he told a women’s entrepreneurship event in late August. “Alibaba is but one of my dreams. I’m still young.” Alibaba on Tuesday evening celebrated Ma’s retirement — which also coincides with his birthday and the company’s 20th anniversary — with 80,000 of its employees in the Olympic Stadium in Hangzhou, the eastern city where the company has its headquarters. Plans included a parade of staff members in costumes, music and skits onstage, according to an Alibaba spokesman. Ma, however, will remain a considerable force at the company. He is a lifetime member of the Alibaba Partnership, a group of a few dozen employees with tremendous power over the company’s board and leadership, as well as its bonus pool. The partnership also holds sway over key licenses that Alibaba requires in order to do business on the mainland. While Alibaba is traded in New York and its shares are held by global investors, Beijing requires Chinese nationals to control licenses that many companies need to keep doing business there. Perhaps most crucially, Ma will still control the parent company of Alipay, the Chinese online payment system used in many of Alibaba’s digital marketplaces. That business fiercely competes with WeChat, owned by Tencent Holdings, which has become a power in online payments in China, giving Ma a continuing challenge on the business front. “As long as Jack Ma has the lifetime partnership, he will be in charge of the Alibaba empire,” Fang Xingdong, a Chinese internet veteran and sometime Alibaba critic, wrote on his social media WeChat account. Fang wrote that Tuesday marked Ma’s third “retirement.” The first was in 2006, when Ma relinquished his role as president, and the second in 2013, when the role he gave up was chief executive. “I can’t help but wonder what Jack’s fourth retirement would be like,” he wrote. Starting as a company that aimed to connect Chinese manufacturers with small foreign businesses, Alibaba struck gold when it switched its focus to become an online marketplace for Chinese sellers and consumers. Its rise coincided with the spread of internet culture in China and, later, smartphones, transforming Chinese society into one where consumers can buy products, services and even investment products with a tap of a screen. The company has grown into a commercial behemoth, with arguably the deepest reach into the country’s economy of all Chinese businesses. Alibaba’s rise was cemented in 2014 when its initial public offering in New York raised more than $21 billion. It also cemented his personal wealth, and by many counts he is China’s richest man. The Hurun Report, a research organization in Shanghai that tracks the wealthy in China, estimates his wealth at $38 billion. Alibaba also owns China’s biggest cloud-computing business and one of its biggest meal-delivery services and logistics networks. Overall, the company is still growing at a healthy pace. Alibaba could face more challenges. The Chinese economy is slowing, the United States is waging a trade war against China and the Chinese government has become more ambivalent about the role that private enterprises play in its economy. Ma is also leaving the executive chairman’s job just as the world has woken up to the huge power that technology giants wage over societies. “We strove for bigger and stronger companies in the last century,” Ma said in a speech at a business event earlier this year. “Today we need to think how to create good companies. We need to make our clients, society, employees, ourselves and our families happy. Only good companies like this can last.”