The popular vegetarian Impossible Burger, with patties made from genetically engineered soy protein, has converted even circumspect carnivores and is running in short supply at burger chains across the US 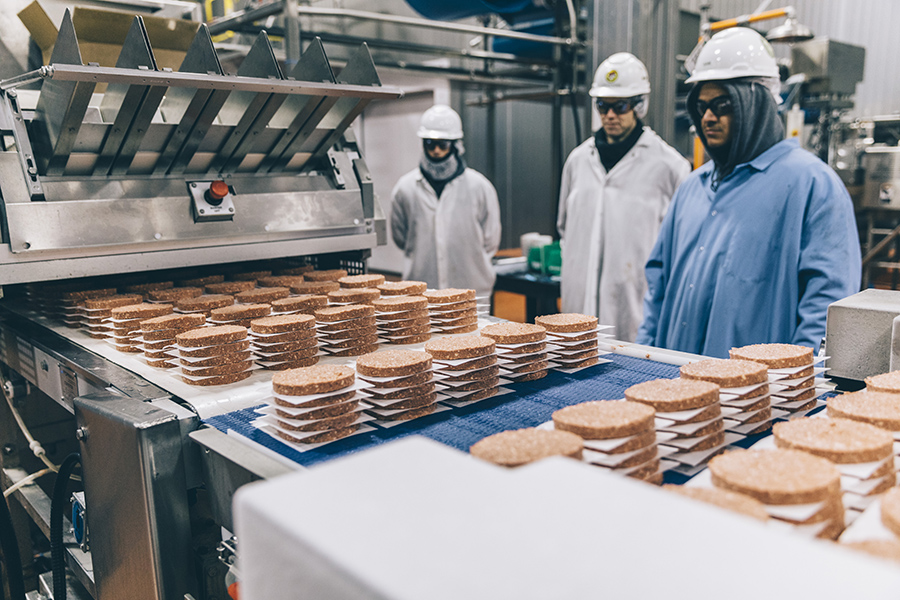 Not since Harold and Kumar went to White Castle has there been such an insatiable hunger for burgers — but not for just any patty.
The popularity of the Impossible Burger, a plant-based creation that has created a sizzle, even among circumspect carnivores, has disrupted the supply chain of two major national chains, White Castle and Red Robin. The feeding frenzy comes after Burger King debuted the Impossible Whopper at 300 locations across the United States this spring and plans to roll it out at all 7,200 of its domestic restaurants by the end of the year. Impossible Foods, a Redwood City, California, company that makes the patties from genetically engineered, soy-based heme protein, said that it was not playing favorites and that it was ramping up production of the burgers. It uses more than 400 distributors and does not sell its burgers directly to restaurants and retailers, according to the company. “We are not the ones who are saying, ‘Oh, Burger King gets it or this little mom-and-pop in Indianapolis gets it,” Rachel Konrad, a company spokeswoman, said. “We definitely didn’t predict that demand would spike this quickly.” Because it is a private company, Impossible Foods does not release production or sales figures. The company has experienced a 50% increase in revenue since it introduced the second version of its meatless burger in January, it said, and its signature burger is now on the menu at 9,000 restaurants. But at a dozen White Castle and Red Robin locations across the United States, the much-discussed burgers were in scarce supply on Friday, when the eateries were contacted by The New York Times. “I can’t believe how many people are going crazy over it,” said Tricia Scanlon, a bartender at a Red Robin in West Babylon, New York. “A lot of people have been asking for it, people that are vegetarians or vegans. Everybody who lives that lifestyle absolutely loves it.” Scanlon said her Red Robin location ran out of the meatless burgers about a week ago. At her restaurant, she said, the specialty patties cost an extra $3.50. “I’m a carnivore, to be honest,” she said. “For me, it wasn’t the greatest taste.” A top executive for White Castle, which is known for its bite-size burgers and its association with the stoner buddy comedy “Harold & Kumar Go to White Castle,” attributed the shortage to the burger’s popularity and a planned transition in the shape of its sliders. A square version of the mini-burger, which was previously round, will debut on Monday, said Jamie Richardson, a White Castle vice president. “People hear about it and they want to try it,” Richardson said. “They try it and then they like it and want to buy more.” Richardson said White Castle was confident that Impossible Foods would be able to fulfill orders of the meatless sliders, which cost $1.99 each. “These are the same people who figured out how to make a plant-based protein look like beef, sizzle like beef and taste like beef,” he said. “This, for us, is a permanent menu item.” A public relations firm for Red Robin said it was not immediately prepared to comment on Friday. Konrad said grilling season had increased the demand for the burgers, which Impossible Foods said could be used to make tacos, meatballs, lasagna and Bolognese sauce for pasta. The company said it was increasing staffing at its Oakland, California, plant, which currently employs about 130 people and where production goes on 24 hours a day, seven days a week.