Muted results for TCS in March quarter, but staffers will get bonus

Mumbai-headquartered IT major to lead peers in revenue growth for FY16, says analysts 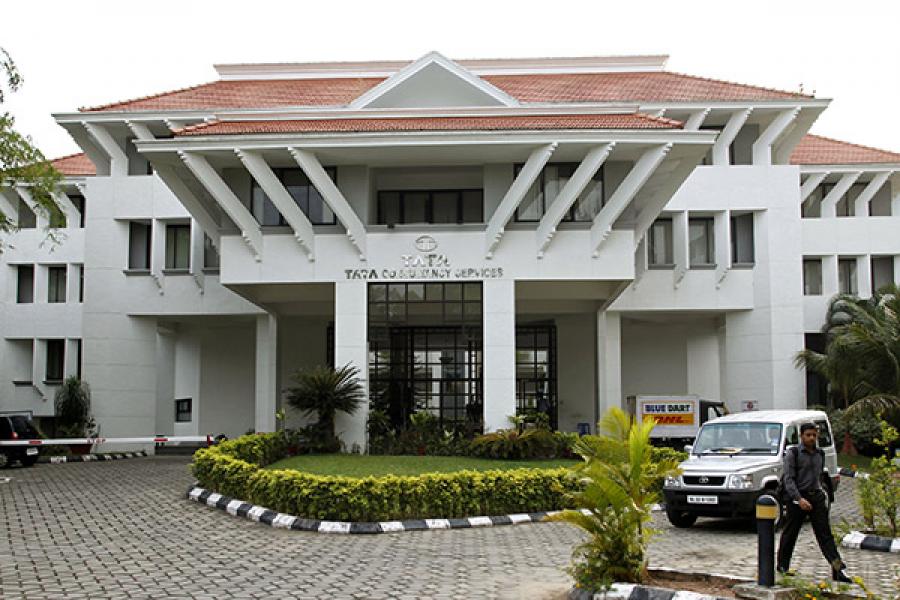 India’s largest software-services exporter TCS posted a 0.8 percent sequential decline in dollar revenue during the January-March quarter hit by cross currency volatility and softness in demand in key verticals such as energy and utilities, telecom and insurance. However, the Mumbai-headquartered IT major managed to cheer up its workforce by announcing a one-time bonus of Rs 2,628 crore ($423 million) to its employees who have completed at least one year with the company.

Experts feel TCS’s special employee reward scheme is an attempt to hold on to good talent and boost employee morale at a time when double-digit salary hike, bi-annual increments and perks are no more a common trend in the $146 billion-Indian IT industry, the country's largest organised private sector employers.

In the last few years, single-digit annual pay hikes have become a standard practice among top-tier IT firms. Staffing companies point out that with increasing wage cost impacting profit margin, coupled with slow business growth, Indian IT-services companies can no longer afford double-digit wage hike across the board.

Recruiters feel it is ‘a very timely move’ by the company not just to boost employee morale but cool off the employee resentment concerns the company had earlier this year. In January 2015, TCS for the first time shared data on its ‘involuntary’ attrition rate. For the first nine months of FY15, TCS said the number of such employees was 2,574.

“Announcing the employee reward scheme is a smart move by the company not just to reduce attrition but also boost employee morale. The employee retrenchment that happened at the end of last year had an impact on employee morale. But, with the current step, it will help employees to be strongly committed to the organisation. The move also comes at a time when all the companies announce their annual salary hikes. This will make TCS a much stronger player amid competition,” said Alka Dhingra, regional manager (IT) of staffing company TeamLease Services.

While announcing its quarterly and FY15 earnings, TCS said it would give its employees one week's salary for every year of service completed in the company, to mark 10 years of its initial public offering in 2004 on the Indian bourses. TCS, which has a total staff strength of 3,19,656, had a net addition of 19,192 employees during FY15.

“This Special Reward to employees acknowledges the role they have played in building TCS into one of the most respected and valued technology services companies in the world,” said N Chandrasekaran, CEO and MD, TCS.

In dollar terms, revenue during the January-March stretch stood at $3.9 billion, down 0.8 percent sequentially, while net income was $951 million, up 8.9 percent quarter-on-quarter, excluding the one-time special employee reward of $423 million during the quarter.

“Energy, telecom and insurance were weak with management indicating that these headwinds will continue in FY16 while growth in its remaining sectors, notably BFS, retail and manufacturing, is expected to be healthy. Large client additions along with key deal wins came in healthy while gross employee additions for TCS also remained strong during the March quarter,” said Barclays in its research note.

“We continue to assume a stable demand scenario for FY16 in which TCS’s strength in execution should lead to industry leading revenue growth,” added Barclays.

Commenting on FY16, Chandrasekaran said, “Our investments in platforms, digital and automation are gaining traction with clients and together with our market investments in the US, Europe and Japan, we are upbeat that the coming quarters will bring more opportunities to partner with customers across multiple industries,” he added.

Despite the sluggish growth during the March quarter, TCS managed to record operating margins at 27.2 percent. The IT firm recorded a sequential volume growth at 1.42 percent during the quarter. During FY15, TCS added five $100 million clients.

“The company sounded positive on the deal pipeline and demand, but the flat headcount growth this quarter does not offer material comfort, in our view,” Japanese investment bank Nomura noted in its report. During the January-March period, TCS had a net addition of 1,031 employees.

Prabhudas Lilladher noted in its report that TCS is confident of beating Nasscom’s industry growth rate of 12-14 percent for FY16.

“TCS requires a compounded quarterly growth rate (CQGR) of about 4 percent to beat the upper end of the guided industry growth band. Pick up in spending on digital transformation is a key driver of confidence in achieving the ask rate,” noted Prabhudas Lilladher.

In afternoon trade on Friday, shares of TCS are down 3.69 percent at Rs 2489.70 percent on the Bombay Stock Exchange, while the sensitive index, Sensex, is marginally down 0.36 percent.