Nestle breaks silence, but will this help restore confidence in Maggi? 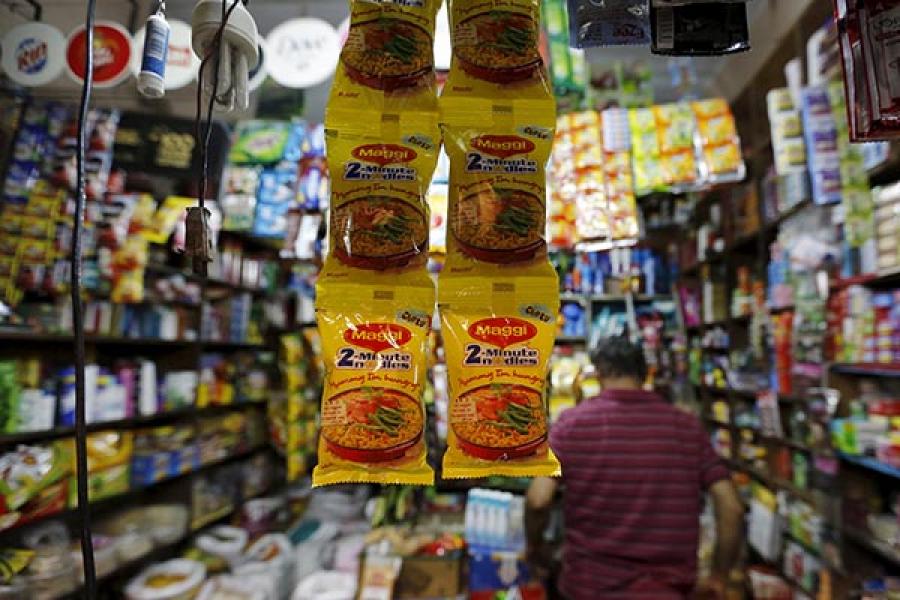 Image: Amit Dave / Reuters
The army has banned Maggi while Future Group, the country’s largest retailer has pulled it off its shelves

UPDATE: In a clear sign of how seriously the company is now taking the issue Nestle global CEO Paul Bulcke addressed a press conference in New Delhi on Friday.

Through the 40 minutes he spent answering questions he made the following points:

First, that Maggi noodles are safe and that the company’s internal tests have been positive. Still, the company withdrew the product as ‘customer trust had been broken’ and the company would work to restore that trust.

Second, Nestle would work with regulators to address the issue and work at getting the product back on the shelves. He declined to state whether the company would challenge the findings of the tests conducted by the Food Safety and Standards Authority of India. (FSSAI)

Lastly, the company provided no details of what percentage of sales come from Maggi or the quantum of sales that had been affected.

Meanwhile, the FSSAI has rejected Nestle's claims that Maggi is safe. In a statement  it said that the company samples had excess lead, they were mislabled "no added MSG and that the Oats version of Maggi was launched without approval.
FSSAI in the statement has asked the company to "withdraw and recall all the 9 approved variants of its Maggi Instant Noodles from the market having been found unsafe and hazardous for human consumption, and stop further production, processing, import, distribution and sale of the said product with immediate effect." It also asked Nestle India to "withdraw and recall the food product, “Maggie Oats Masala Noodles with Tastemaker” for which risk/ safety assessment has not been undertaken and Product Approval has not been granted. " What started as a minor headache for Nestle’s Indian subsidiary has snowballed into a major public relations nightmare for the Swiss packaged foods company. In mid-May, an inspector at the Lucknow Food Safety and Drug Administration issued a report stating Maggi noodles contained excessive quantities of lead and MSG (monosodium glutamate) above the permissible limit of 0.01 ppm (parts per million). Nestle disputed the report and said that its own tests (over 1,000 samples of Maggi noodles were tested at an independent laboratory) had shown that the product contained lead and MSG within permissible limits.

Now, the company finds itself part of a deeper mess. The army has banned Maggi while Future Group, the country’s largest retailer, has pulled it off its shelves. Other states have conducted their own tests and while Goa says Maggi is safe, Delhi thinks otherwise.

Without getting into whether Maggi is safe (the jury is still out on that) what has surprised industry veterans is Nestle’s silence on the issue. With Maggi contributing 20 percent of sales for Nestle India the company has a lot riding on that single product. After almost half a decade of maintaining the Rs 10 price point for the highest selling 70 gram pack, the company recently announced a Rs 2 hike. An analyst, who declined to be named, estimated that it contributes about 35 percent to Nestle’s profits. Nestle India’s shares, which had been remarkably stable, have fallen 16 percent in the last two trading sessions to Rs 5,998. In a report  released this morning Nomura, the investment bank, says that the company is likely to suffer a short-term fall in sales. It has a ‘buy’ rating on the stock as it expects sales to recover.

Nestle is perhaps waiting for the controversy to die a natural death. If so, it’s a bold gamble. Two recent instances also tell us that it may not be a smart strategy in the short term at least. In 2002, when the ‘pesticides in cola’ controversy broke out, both Pepsico and Coca Cola put aside their differences and launched a sustained campaign to explain their position to customers. (There was also a lobbying with the government and against the Center for Science and Environment that issued the report.) The result: sales took a hit, but recovered in the next four quarters.

In 2003, customers from Maharashtra reported finding worms in Cadbury chocolates. After some resistance (and a sales decline of 30 percent), the company agreed to change its packaging and make it air tight. Cadbury, too, was slow to reassure consumers and saw its sales slide.

It’s clear that events like the one at Nestle India are short-term blips. It’s unlikely that customers will abandon a product that has an over 50 percent market share. But they need to be reassured in clear and unequivocal terms by the company. It’s this silence by Nestle that could be more damaging than the lead and MSG in Maggi.