The pilot programme in Bangkok, Thailand, is tailored for cities in emerging markets. Is India next? 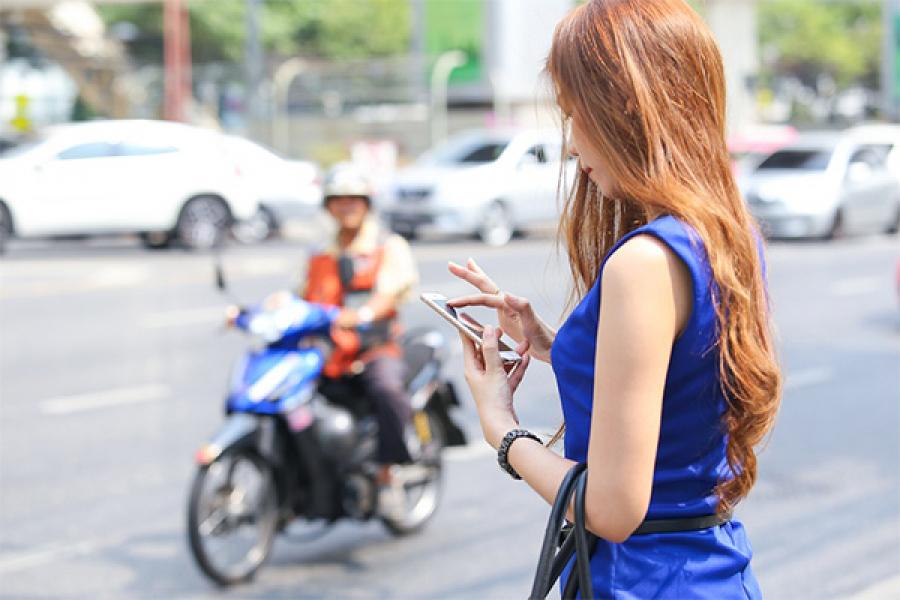 Short-haul trips, like the one to the nearest metro station, could well be covered faster and in a cheaper way by riding pillion on a bike. Ridesharing service provider Uber Technologies is experimenting with just that, in Thailand.

In a pilot programme in the Thai capital Bangkok, Uber is offering to get you from point A to nearby point B on a mobike -- a model that is extremely relevant across Asia's emerging metros where millions of people use two wheelers as their preferred mode of transport.

Uber's two-wheeler service, UberMOTO, which started on Wednesday, has been specifically developed for cities in emerging markets, the company said in a press release on Wednesday. Uber riders in Bangkok will see the new option when they open their Uber app.

On the safety front, Uber is partnering the Thai Traffic Police and Head Awareness Club (HAC) -- sponsored by the insurance company AIG --  to raise awareness about the importance of wearing helmets.

Uber will be donating helmets to young students and adults with the help of Thai Traffic Police and HAC through various community outreach and education initiatives in the coming weeks, the ridesharing app provider said.

UberMOTO works the same way as the ridesharer's cab rides. Select the option, enter your pickup location, payment method, and request a ride. Once your request has been accepted by a driver, you’ll see the driver’s details, including name, photo and the details of the motorbike.

Uber says the bike drivers have undergone the same background checks that are mandated for the cab drivers on its network. The bike driver will bring a spare helmet for your use, and the minimum fare is 10 Thai baht, or about Rs 20.

The service also opens up another job option for a whole new set of people, who may have found it tough to get a car loan to become cab drivers, but may qualify for motorcycles. Could India be next?