A forensic analysis points to Bezos's phone being compromised after receiving a video from Crown Prince Mohammed bin Salman of Saudi Arabia, possibly targeted because Bezos owns The Washington Post, a harsh critic of the Saudi regime

By Karen Weise and Matthew Rosenberg 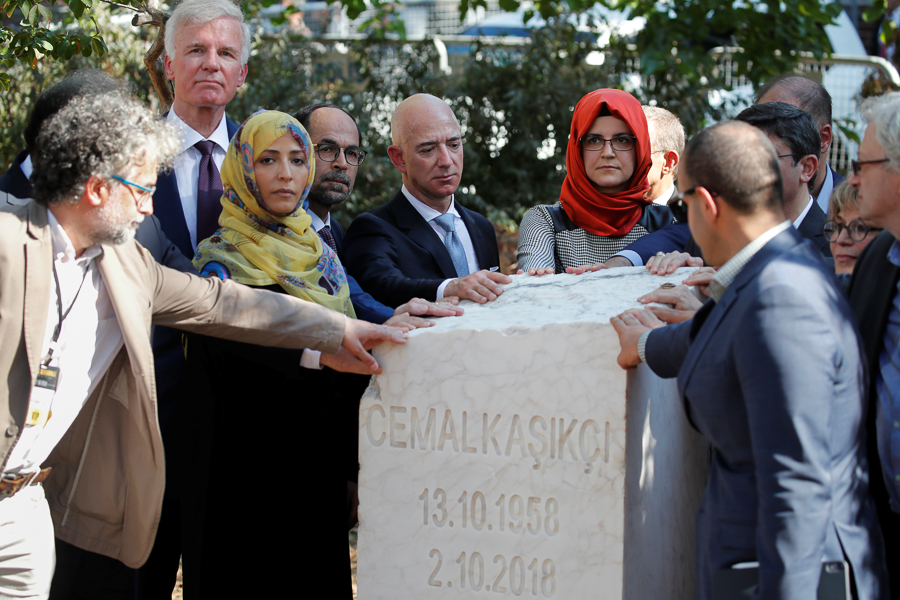 Hatice Cengiz, fiancee of the murdered Saudi journalist Jamal Khashoggi, and Jeff Bezos, founder of Amazon and Blue Origin, are flanked by attendees as they gather around a monument during a ceremony marking the first anniversary of Khashoggi's killing at the Saudi Consulate, in Istanbul, Turkey, October 2, 2019.
Image: Umit Bektas / Reuters

SEATTLE — A forensic analysis of Jeff Bezos’ cellphone found with “medium to high confidence” that the Amazon chief’s device was hacked after he received a video from a WhatsApp account reportedly belonging to Crown Prince Mohammed bin Salman of Saudi Arabia, according to a person familiar with the Bezos-ordered investigation.
After Bezos, who also owns The Washington Post, got the video over the WhatsApp messaging platform in 2018, his phone began sending unusually large volumes of data, said the person, who declined to be identified because they were not authorized to discuss the matter. The person said the investigators believed Crown Prince Mohammad was used as a conduit because the message would not raise suspicions if it came from him. The findings of the forensics investigation, completed on behalf of Bezos by Anthony Ferrante at the business advisory firm FTI Consulting, could not be independently verified by The New York Times. After the investigator’s findings were reported by The Guardian and The Financial Times, the Saudi Embassy denied that the Saudi government was involved. “Recent media reports that suggest the Kingdom is behind a hacking of Mr. Jeff Bezos’ phone are absurd,” the Saudi Embassy said on Twitter. “We call for an investigation on these claims so that we can have all the facts out.” Bezos’ security consultant, Gavin de Becker, had previously accused the Saudi government of hacking Bezos’ phone, saying Saudi authorities targeted Bezos because he owned The Washington Post. The Post has aggressively reported on the murder of Jamal Khashoggi, one of its columnists, who was a critic of the Saudi government. The Central Intelligence Agency has concluded that Crown Prince Mohammed ordered the killing. Two United Nations experts plan to release a public statement Wednesday morning “addressing serious allegations” that Bezos was hacked by receiving a WhatsApp message “reportedly from an account belonging to the crown prince of Saudi Arabia,” one of the experts, Agnes Callamard, said in an email. Callamard, a specialist in extrajudicial killings, has been investigating Khashoggi’s murder, and David Kaye, an expert in human rights law, has been gathering information about violations of freedom of the press. Amazon and de Becker declined to comment. William Isaacson, Bezos’ lawyer at Boies Schiller Flexner, declined to comment beyond saying that Bezos was cooperating with continuing investigations. Ferrante declined to comment through a FTI spokesman. “All FTI Consulting client work is confidential,” Matt Bashalany, a spokesman for FTI, said in a statement. “We do not comment on, confirm or deny client engagements or potential engagements.” 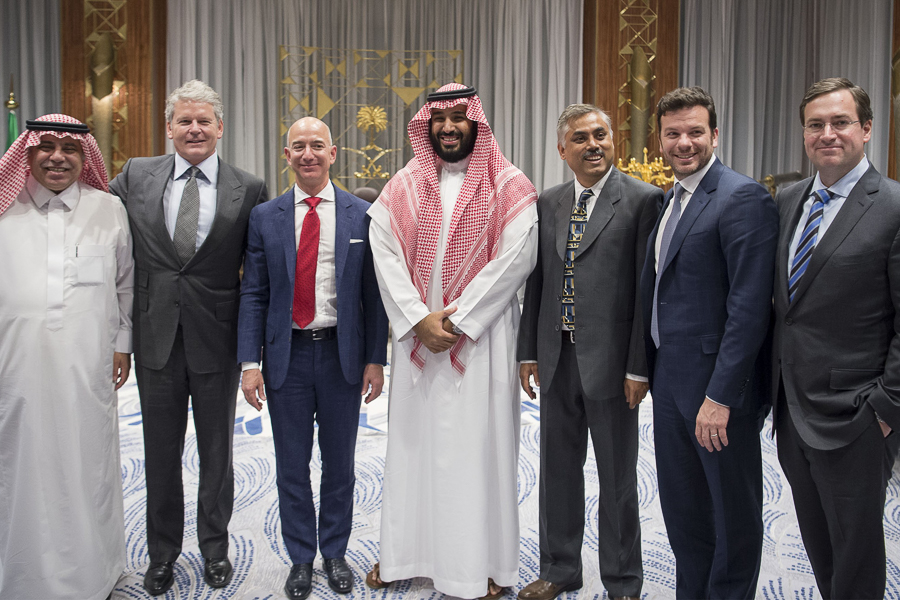 ​
The questions about who has had access to Bezos’ phone erupted a year ago, after The National Enquirer reported that the tech executive was romantically involved with Lauren Sanchez, a former TV anchor. At the time, The Enquirer published photos of the couple together, as well as intimate text messages. Bezos later published emails from American Media, the parent company of The National Enquirer, which he said amounted to “extortion and blackmail.” He suggested that the leaks of photos and details of his private life could have been politically motivated to harm him because of his ownership of The Post. In March, de Becker accused the Saudi government of hacking Bezos’ phone. In an opinion article in The Daily Beast, de Becker wrote that his “investigators and several experts concluded with high confidence” that the Saudis got private information from Bezos’ phone and that he turned the evidence they had uncovered over to law enforcement authorities. De Becker did not detail specific evidence they uncovered, nor did he detail whether the leaked information was published by The Enquirer. American Media denied any Saudi involvement, saying Sanchez’s brother was the tabloid’s sole source.