Indian shares, rupee tank in line with global sell-off; worst not over yet, say experts 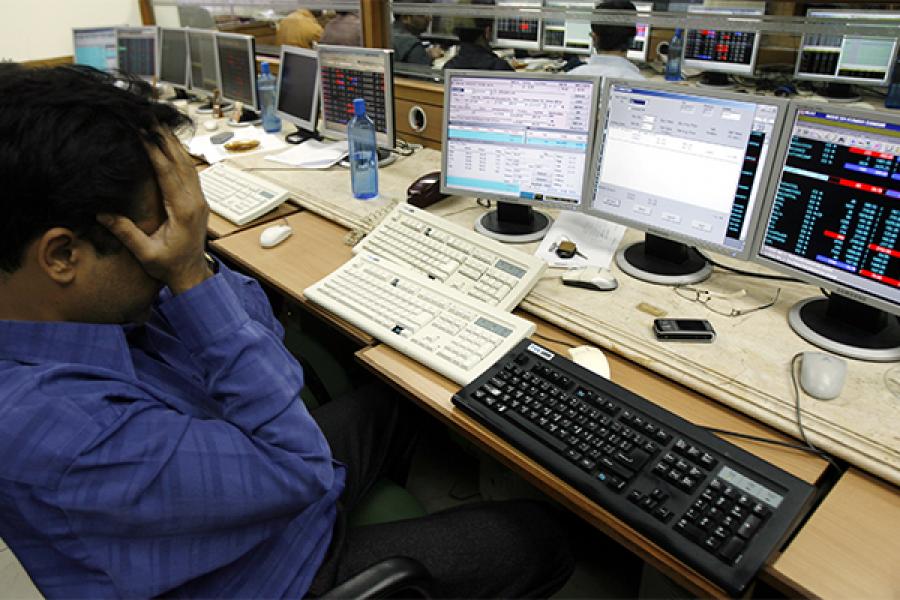 Image: ArkoDatta / Reuters: For representational purposes only
Reacting to other Asian markets, India’s stock markets opened gap down and showed little sign of a bounce back during the day, with metal, automobile, banking and IT stocks being the hardest hit

The Indian rupee also fell to a fresh two-year low of 66.70 to the dollar on Monday. Earlier in the day, Reserve Bank of India (RBI) governor Raghuram Rajan sought to reassure investors about India’s relatively stable macroeconomic conditions, compared to other economies.

Monday’s fall for the Sensex was its worst single-day percentage fall since January 7, 2009, analysts said. There could be further pain and volatility in the system, they add.

The meltdown at the stock markets was something economists and fund managers had feared for some time, considering that the Chinese government and the central bank had for weeks been trying their best to reassure investors and introduce policies to revive sentiment, even as economic indicators turned weak. On Monday, the benchmark Shanghai Composite index was down 8.46 percent at 3,209.91, its biggest single-day percentage loss since 2007.

Reacting to other Asian markets, India’s stock markets opened gap down and showed little sign of a bounce back during the day, with metal, automobile, banking and IT stocks being the hardest hit.

“This [fall] was long overdue. We had been saying for a long time that the Chinese economy was heading for trouble,” said Saurabh Mukherjea, CEO, Institutional Equities with Ambit Capital.

Mukherjea said the impact on other sectors of the economy, including commodities, metals, mining and banking, will be visible. “We expect the markets to remain volatile in the coming few trading sessions led by negative global cues and the upcoming futures and options expiry,” said Dinesh Thakkar, chairman and managing director of Angel Broking.

Deep Mukherjee, senior director with India Ratings and Research, a Fitch Group company, said the negative impact of the depreciating rupee will be limited to “highly leveraged” net importers, particularly in sectors like fertilisers, consumer durables, chemicals, metals and mining and airlines.

Anand James, co-head (technical research desk) with Geojit BNP Paribas, said: “The cascading effect of Chinese equity markets’ fall has now dragged equity markets down across globe, with investors gauging the impact on currencies, trade as well as risk appetite.” James said the rupee, despite the sharp depreciation, is “less exposed” to global risks, as forex reserves (at $354.4 billion), and low commodity prices give a reasonable import cover.