Sotheby's goes under the hammer for $3.7 billion 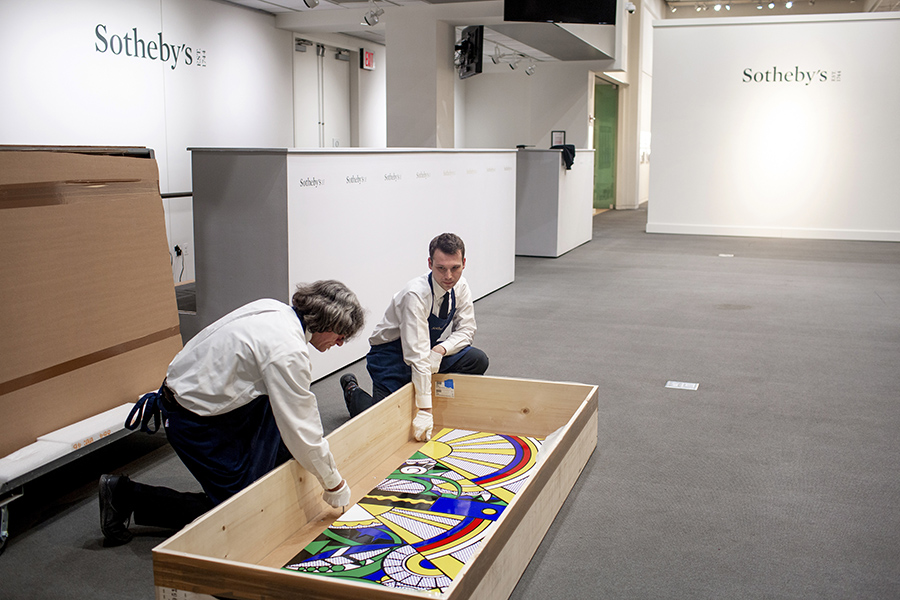 Art handlers mounted a Roy Lichtenstein piece at the Sotheby's in New York, March 13, 2019. The auction house will be bought by the telecommunications entrepreneur Patrick Drahi in a deal worth more than $3 billion, the company said on June 17. The acquisition of Sotheby’s by BidFair USA, which is owned by Drahi, returns the only publicly traded major auction house to private ownership after 31 years on the New York Stock Exchange. Image: Natalie Keyssar/The New York Times