Starbucks and Tatas deepen their partnership - in India and abroad 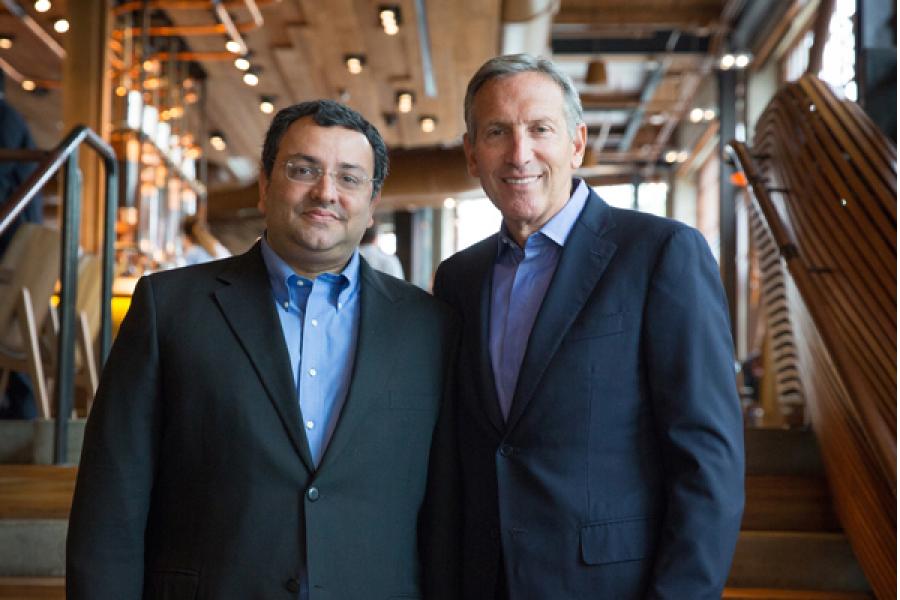 In the fourth year of their partnership, both partners of the Tata Starbucks joint venture have moved to broaden and deepen the scope of their activities both on the ground and in the skies.

In a visit to Seattle last week Tata Sons chairman Cyrus Mistry and his Starbucks counterpart Howard Schultz signed a raft of agreements that will see Starbucks source more from India. The move comes just a few months after the company replaced the chief executive of its India operations and placed Sumi Ghosh, a Starbucks veteran at the helm. It’s the strongest signal yet of Starbucks’ commitment to the Indian market. “We are humbled by the way in which customers in India have embraced the elevated coffeehouse experience, which now spans more than 80 stores in six cities,” said Howard Schultz in a press release.

John Culver, group president, Starbucks Coffee Asia Pacific in a phone interview with Forbes India described the relationship between the two parties as “strong” and said that Schultz and Mistry end up meeting on average two times a year.

The agreements signed include Starbucks sourcing single-origin coffee for Tata Coffee’s Nullore Estate and serve it to customers in the US. This is the first time the company will export a single-origin coffee from India to the US. It will also sell them across select stores in the US. In 2013, Starbucks had launched the India Estates Blend which was roasted in its facilities in Kushalnagar, Karnataka and then supplied around the world. “When we entered the Indian market in 2012 it was the first time we simultaneously entered the market and roasted and packed local coffee,” said Culver. As a result, all the coffee sold at Starbucks’ India stores is locally sourced. He declined to reveal the quantum of coffee sourced from India. Now that partnership will be deepened to include Kenyan and Sumatran coffees that will be roasted at Kushalnagar and sold in Starbucks’ India stores.

As Starbucks widens its spread across India, the company has also agreed to partner with Vistara airlines, a joint venture between Tata Sons and Singapore Airlines. Culver says that part of the reason for this is because airline customers were asking for it. This will be the third airline globally to serve Starbucks coffee to its passengers after Delta airlines and Alaska airlines both US-based carriers.

In addition Starbucks will introduce Teavana brand in Indian stories in December. Himalayan mineral water sold by Tata Global Beverages also gets a new customer as Starbucks takes it to its stores in Singapore. As the company tries to popularize the Himalaya brand outside India, this could prove to be an important step. Starbucks, which has always had a strong corporate social responsibility imprint will support STRIVE, a skill training program founded by the Tata group.

Tweets by @forbes_india
Brexit impact: Gold and bonds are back in fashion
Inside Sweden's innovation factory