The Indian carmaker launched the Tata Nexon compact SUV on Thursday, at an introductory starting price of Rs 5.85 lakh 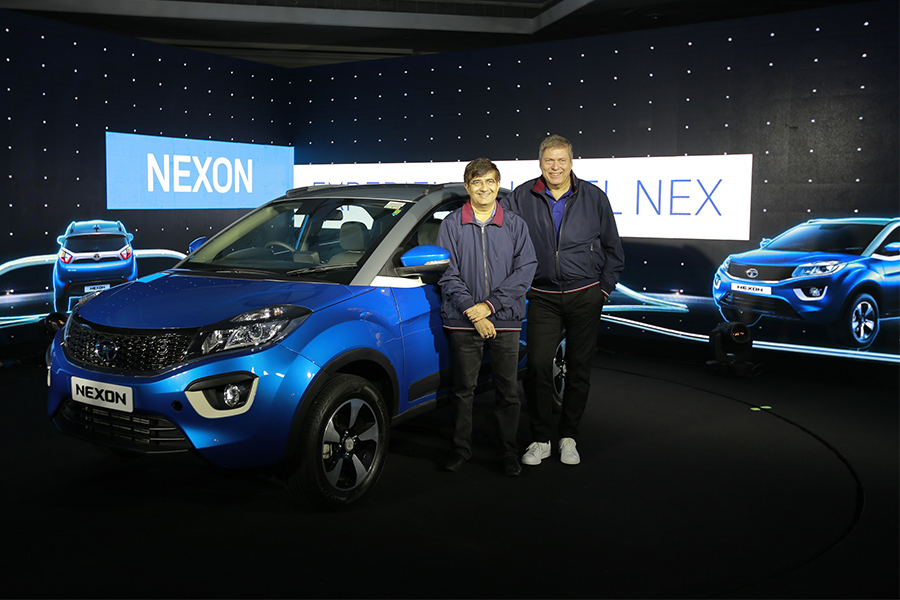 Guenter Butschek, managing director and CEO, Tata Motors, outlined three major challenges that the homegrown carmaker is facing while it implements its ambitious transformation process that has been underway since the former chief executive of Airbus took over in January 2016.

Tata Motors, which has launched four cars in the last 18 months, is striving to bring about cost reduction, arrest delays in launching new products and removing supply constraints, Butschek told Forbes India at the launch of the Nexon compact SUV.

The Indian carmaker will introduce a five-seven seater based on the new Land Rover-based platform by 2019 and a hatchback based on the new Advanced Modular Platform (AMP) by 2019-2020, Butschek told Forbes India.

Prior to the Nexon launch today, the automaker had launched the Tigor compact sedan on March 29 this year, Tata Hexa on January 18, 2017, and the Tata Tiago hatchback on April 6, last year.

Tata Motors, which has been posting standalone net losses for the last four consecutive quarters starting September 2016, has its eyes on turning profitable. In the April-June 2016 quarter, Tata Motors had posted a standalone net profit of Rs 25.75 crore. Jaguar Land Rover, which is a part of Tata Motors, has been aiding the Indian carmaker stay profitable for several years.

"We are looking at cost reduction across all the departments," Butschek said. CNBC-TV18 had recently reported that Tata Motors will look at reducing employee cost and capacity utilisation to cut costs in a bid to turn profitable in the next 2-3 quarters. A Voluntary Retirement Scheme (VRS) and increasing its capacity utilisation from the current 31 percent, will help Tata Motors save over Rs 600 crore in FY18 alone, CNBC-TV18 had reported.

The carmaker, which has been a late entrant into segments like the compact sedan and compact SUV that have become quite popular in India, and has seen intense competition, would also want to arrest delays in its product launches. With the popularity of the Hexa, Tigor and the Tiago, Tata Motors President Mayank Pareek, while introducing the Nexon compact SUV joked that so far, the late-entrant advantage has worked in their favour.

Butschek said he hopes Tata Motors sees a “first in the market” launch soon. Tata Motors is also working on smoothening the supply constraints it has been facing, he said. Both, the Hexa and the Tiago had seen its waiting period go up soon after their launch as the carmaker saw robust demand and pre-orders for both the cars.

New Models based on New Platforms
Tata Motors, which is in the process of bringing down the automotive platforms that underpin its cars from six to only two, will introduce the first models (based on each of the two platforms) by 2019-2020. The first one, a five-seven seater underpinned by a Land Rover-based platform will be introduced in 2019. The second one, based on the Automotive Modular Platform (AMP) will underpin a hatchback, which is likely to be introduced in 2019-20.

Prices in Mumbai go up to Rs 9.46 lakh (ex-showroom) and in New Delhi, till Rs 9.44 lakh (ex-showroom). The new sub-four-metre SUV from the house of Tata comes in four variants – XE, XM, XT, and the top XZ+. The diesel car gets a 1.5-litre 1,497cc turbocharged RevotorQ engine that can churn out 108bhp or power and 260Nm torque. The petrol SUV will be powered by a 1.2-litre 108 bhp Revotron engine, capable of churning out 170 Nm torque.