Customers are projecting an overall sense of optimism, CEO Rajesh Gopinathan found, in talking to the company's top clients across geographies 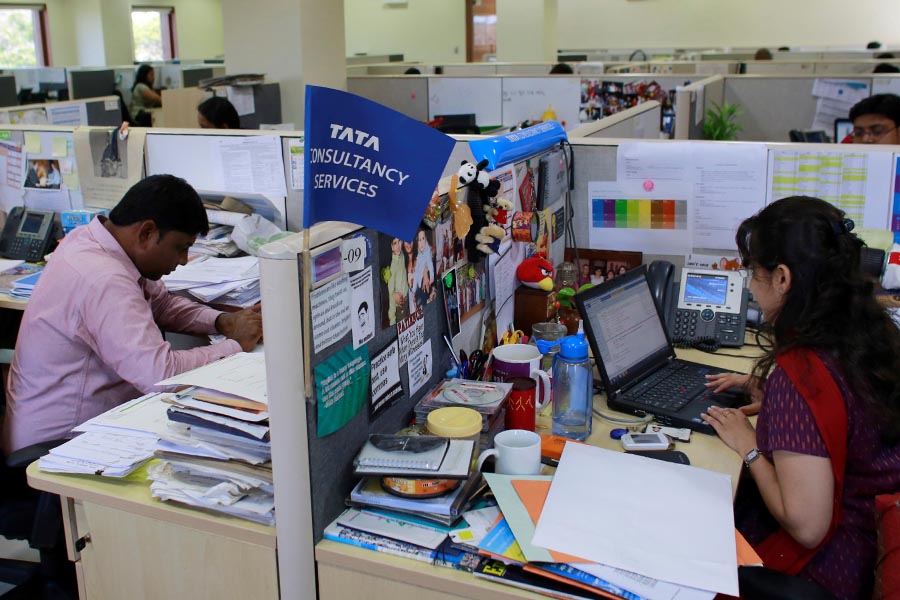 Tata Consultancy Services (TCS) further expanded the proportion of its revenue from digital services versus the total, as it turned in a strong performance during the July-September quarter.

Digital services now account for close to a fifth of its revenues, TCS, India’s largest IT services company, which counts Lloyds Banking Group, BP PLC, Walmart, Boeing and Volkswagen as customers, said in a press release after the close of domestic trading on Thursday.

“The overall sense that we’re getting is a return to optimism,” Chief Executive Rajesh Gopinathan told reporters at a conference in Mumbai on Thursday. Customers are trying to look at how to exploit multiple technologies into a connected solution, which can be termed as an Industry 4.0, better harnessing data analytics and automation, he said.

A return to stronger growth at TCS, the crown jewel of the Tata Group, is welcome news to Executive Chairman N Chandrasekaran, who was previously the CEO of TCS before being elevated to his current role. He has just agreed to sell the group’s bleeding consumer telecom business, Tata Teleservices, to Bharti Airtel Ltd., as he moves to whip other businesses including Tata Motors back to shape.

At TCS, profit for the three months ended September 30 rose 8.4 percent to Rs 6,446 crore from Rs 5,945 crore in the previous quarter, but fell 2.1 percent from Rs 6,586 crore in the year-earlier period. That beat estimates at brokerages such HDFC Securities where analysts were expecting profit after tax of Rs 6,187 crore.

Sales in dollar terms, the currency in which India’s IT sector earns much of its revenue, rose 3.2 percent to $4,739 million from $4,591 million for the June quarter. That compared with a projection of 3.5 percent by the analysts.

The slightly lower-than-expected increase in revenue reflects the magnitude of the changes going on at the $154 billion Indian IT and business process management sector’s biggest customers. Banks, retail chains and manufacturers are moving more work to the cloud, and are seeking new ways to entice their end consumers using insights from predictive analytics.

They are also attempting to improve customer service on the one hand and reduce costs on the other, by combining machine learning and automation. Indian IT vendors face the challenge of transforming themselves into vendors that can stay relevant amidst this massive across-the-board change, and in all their biggest markets.

For the quarter just gone by, in the current fiscal year that ends March 2018, the performance has been “very satisfying, striking a good balance between pursuing revenue growth, particularly in digital opportunities, while tightening our execution to deliver greater efficiency,” said N Ganapathy Subramaniam, COO at TCS.

He added: “With the sectoral headwinds slowly abating, we expect steadier and stronger growth ahead.”

Tweets by @forbes_india
India is probably the biggest market for us: WeWork's Miguel McKelvey
Home -health care services for the elderly: Isn't it time to give them their due?