Scottish whiskey manufacturer's '#StandTogether' social media campaign will also pick an India brand ambassador, but candidates can only be nominated by their friends 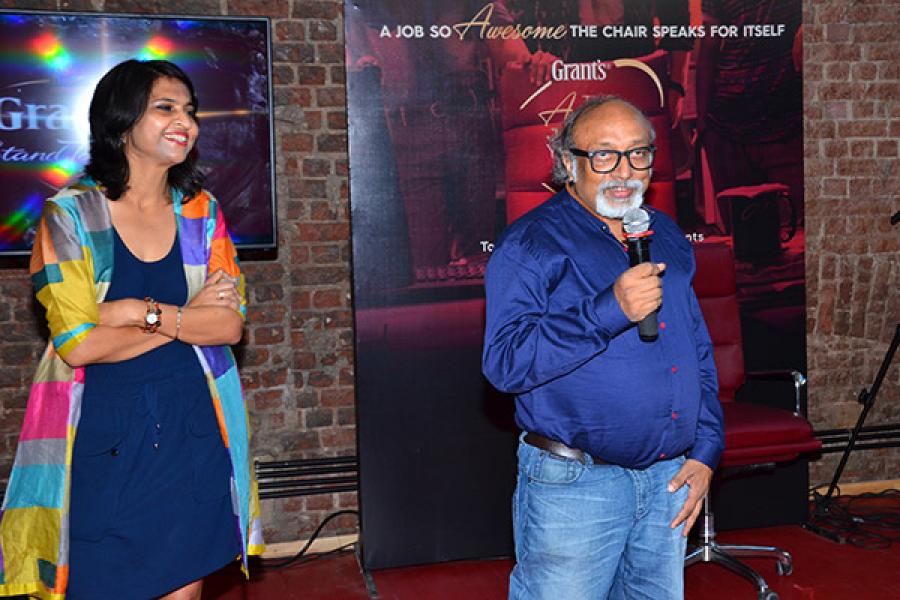 Premium whiskey brands have long been viewed as the preserve of the affluent and middle-aged. However, Scottish whiskey manufacturer William Grant & Sons, with the unveiling of its ‘#StandTogether’ social media campaign for its Grant's brand, is attempting to change that perception, inside out.

With the campaign, Grant's is looking to restage the brand’s presence in the Indian market and break the stereotype associated with whiskey drinkers by targeting a younger audience. “The whiskey market was getting boring with all the ‘suited-and-booted success’ advertising. So we thought of introducing some amount of fun and youthfulness to it,” said Shweta Jain, India marketing director, William Grant & Sons.

The campaign includes ‘The Awesome Job’ contest to find an India brand ambassador for Grant's. However, the company has introduced a unique twist—you cannot apply for the job. “Your friends must nominate you. You can’t apply for it yourself. It is social media hiring,” said Jain. It will be a journey where your friends will ‘#StandTogether’ and help you get the job.

The campaign has been launched on Facebook, Twitter and YouTube. “We have had about 850 plus live nominations and have been getting queries about the job portfolio, training etc.,” said Jain.

After short listing 10 candidates by June-end, the final round of interviews will happen on Google Hangouts. The interviews will be conducted by Rob Allanson, global brand ambassador of the company’s Glenfiddich whiskey and ex-editor of Whisky Magazine. So the search will end by mid-July, informs Jain.

But the fun doesn’t stop there. “Your friends are with you throughout your journey. They will get to drop you in Scotland and spend a week with you there,” said Jain.

“#StandTogether is a first of its kind campaign, which involves a completely transparent social media hiring process,” said KV Sridhar, chief creative officer, SapientNitro, India, who has brought this campaign to life.

The #StandTogether campaign is the Indian version of Grant’s global campaign—#IOU, which was launched in September, 2014.

The whole campaign revolves around the idea of ‘shared success’. “Our target audiences are 25-30 year olds who are unpretentious, casual and who don’t shy away from sharing good or bad times,” said Jain.

“We work with double-digit distributors and are present in all Tier-I markets and some Tier-II markets,” said Jain. The company, whose best know brand is the Glenfiddich single malt, is also looking to expand its India portfolio. “Grant's will introduce a few more of its brands like Select Reserve, Monkey Shoulder and Tullamore in India in the near future” added Jain.