Focus on small steps first, then shift to the larger goal

Research shows that incremental achievements are good early motivators, but their effect wanes as the finish line nears 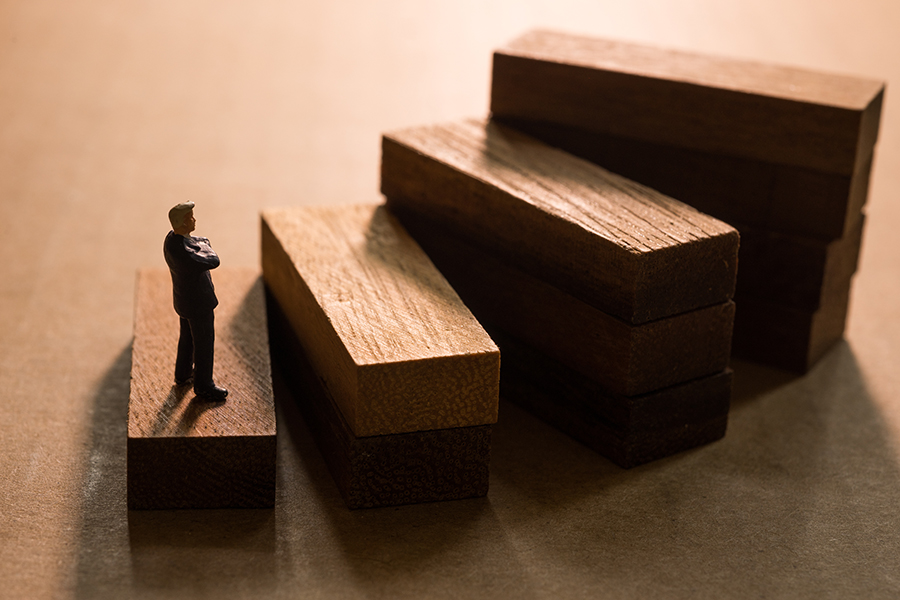 We all know the strategy of working toward an ambitious goal by breaking the process into a series of small goals. But is this strategy always helpful?

New research by Szu-chi Huang, assistant professor of marketing at Stanford Graduate School of Business, finds that while people benefit from concentrating on small “sub-goals” in the early stages of a pursuit, they should focus instead on the larger objective in the late stages. That notion could be important to any business that entices consumers and employees to set goals, whether as part of an incentive program or service offered.

“When you are just starting a pursuit, feeling reassured that it’s actually doable is important, and achieving a sub-goal increases that sense of attainability,” Huang says. But later, people are no longer concerned about attainment and need to feel that their actions continue to be worthwhile in order to maintain motivation.

“At that point, to avoid coasting and becoming distracted, they need to focus on that final goal to see value in their actions,” Huang says. The research, co-written with Liyin Jin at Fudan University and Ying Zhang at Peking University, will appear in the July 2017 issue of the journal Organizational Behavior and Human Decision Processes.

For example, someone who has so far lost 32 pounds by aiming to shed two pounds a week probably feels assured he can reach a final goal of losing 40. To stay motivated, he should now shift his focus to the big 40-pound objective. Or, a student in her fourth year of school likely isn’t worried about passing her classes. To remind herself that studying is still worth the effort, she should now think about obtaining her degree instead of just passing yet another test.

In one of several field studies, 158 undergraduate students collected points by writing about their dining experiences in a setting similar to review site Yelp. The students were given either a series of sub-goals or an overall goal. The researchers found that when participants had completed 30% of the task, those given the series of sub-goals had written more words than those with the overall goal. At the 70% completion point, though, the opposite pattern emerged: Those pursuing the big-picture goal had written more words than those with sub-goals.

The researchers concluded that because a sub-goal seems highly achievable, it was a good motivator early in a pursuit when participants were concerned about attainability. Later, when students felt more confident, they drew value and meaning from the idea of finally reaching the big overarching goal.

In another study, the researchers worked with a crowdsourced marketing company on a project in which workers were paid to upload information such as the price and title of books in local bookstores. Workers earned points for the content they uploaded. They were given either an overall goal of 80 points, a series of sub-goals to earn 10 points a day over the eight-day project, or a “hybrid” plan highlighting 10-point sub-goals during the first four days and the big 80-point goal during the final four days. The system tracked the number of points earned.

Tracking participants’ uploading activity on a daily basis, the researchers found that all three groups started out highly motivated. The uploading activity of those given only the large overall goal, however, decreased sharply on the second day and stayed low until it finally rose again on the sixth day. Those given only the sub-goals saw their uploading activity gradually decline over the eight days. But those given the sub-goals followed by the larger goal had a gradual decline over the first four days and then, importantly, became highly active during the final four days. That pattern explains why that hybrid group ultimately uploaded the largest amount of information, Huang says. In that group, moreover, 57.1% of participants achieved the 80-point goal, compared with 33.8% of those who were given only the overall goal and 39.1% who had only the sub-goals.

“We found the hybrid plan the most motivating,” Huang says. “People uploaded more and were more successful in reaching their final goal.”

Huang says that understanding when and how people are motivated is valuable to any company whose business incorporates goal-setting, such as a weight-loss company or a financial-planning firm. Understanding customer motivation also can help companies whose marketing hinges on goals, such as a loyalty program in which customers accumulate points. Companies may be able to keep customers motivated by altering their messaging so it shifts customers’ focus from the sub-goals to the larger objective. Huang’s findings may also be useful to companies that use incentive programs to motivate employees, such as sales staff, who have defined goals.

“We’re trying to show that goal pursuit is in fact dynamic,” Huang says. “Marketers and companies tend to think of it as a static process, assuming that what motivates people at the beginning is the same as what helps them finish. But what motivates people changes, so the structure of the goal should change accordingly.”