These startups are innovating to keep your baby safe from toxins

As millennials enter child-bearing age, The Moms Co and Mamaearth are pitching their organic line against well-entrenched MNCs 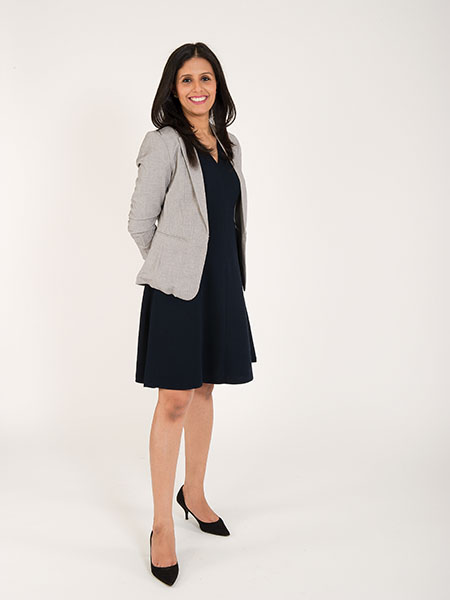 For Malika Sadani, a fruitless search for non-toxic baby products paved the path to setting up The Moms Co
Image: Amit Verma


In 1946, renowned paediatrician Benjamin Spock offered some sage advice for parents. “What good mothers and fathers instinctively feel like doing for their babies is usually the best after all,” he wrote in Dr Spock’s Baby and Child Care.

Seven decades later, the same parental instinct has brought to pass two of India’s biggest baby care companies, which, besides being cross-town rivals, are looking to redefine pregnancy and baby care in the country.

New Delhi-based The Moms Co, founded by Malika and Mohit Sadani, and Mamaearth, founded by Ghazal and Varun Alagh, have been developing toxin-free products for infants and expecting mothers. Along the way, they have also attracted marquee investors.

“In India, unlike in [say] Canada or Australia, baby products contain banned chemicals,” Varun Alagh, co-founder of Mamaearth tells Forbes India. “As parents, it is painful, especially when you pay through your nose, to watch your children being given toxins.”

India’s baby care market is dominated by multinationals like Johnson & Johnson (J&J), which alone controls over 75 percent of the market. Others such as Hindustan Unilever (HUL), Patanjali, and Himalaya, too, hold considerable sway.

But there have been serious concerns about mass-market products. In February 2016, a US state jury ordered J&J to pay $72 million in damages to the family of a woman whose death from ovarian cancer was linked to her decades of use of the company’s talc-based Baby Powder and Shower to Shower.

“Unlike in the West, nobody in India was keen on addressing the concerns of the millennial parent,” says Deepak Shahdadpuri, managing director of DSG Consumer Partners, which led an investment of $1 million in The Moms Co in September 2017. “It’s only now that The Moms Co and Mamaearth have come to solve the problem.” 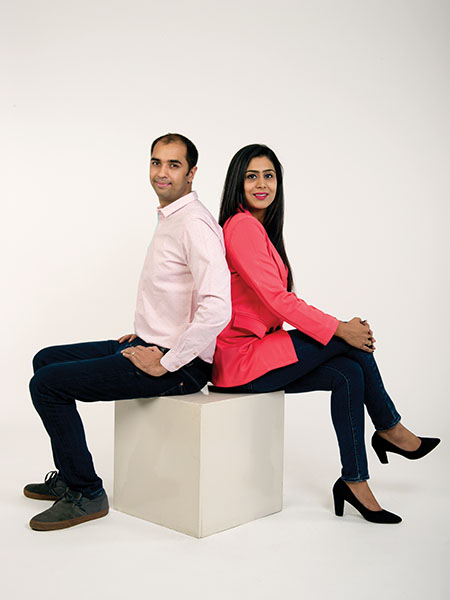 Varun and Ghazal Alagh started Mamaearth after they were forced to order baby care products from overseas
Image: Amit Verma
Alag (different) thinking
For Ghazal and Varun Alagh, parenthood meant a complete change in lifestyle. “We were a pub-hopping, carefree couple until Ghazal’s pregnancy in 2014,” says Varun, who worked with Coca-Cola as its senior brand manager in New Delhi at the time. Ghazal had also worked in the IT sector before spending six months at the New York Academy of Arts.

“We realised that a lot of baby care products in the market contained toxins such as [the preservative] parabens. We were soon ordering from abroad,” says Varun.

In June 2016, the duo gave shape to Honasa Consumer, a company that would provide natural, toxin-free personal care products for infants, kids, and young mothers. With assistance from a friend, who helped with the formulation of the products, under strict instructions on the ingredients, the company unveiled its brand Mamaearth in December 2016.

Over the next few months, Varun and his small team would visit markets around New Delhi to sell their products, and take feedback. Today, Mamaearth sells 20 products and employs about 25 people.

The company also raised funds from Fireside Ventures headed by Kanwaljit Singh and others, who invested close to $125,000. Last September, Mamaearth raised another $1 million, again from Fireside Ventures and individual investors. In April this year, actor Shilpa Shetty-Kundra also made an undisclosed investment in the company.

Today, the company claims to have over 100,000 customers and does business worth over `1 crore every month. “Our target is to do `100 crore sales in three years and have at least one million customers,” says Varun.

Nature in, Toxins out
For Malika and Mohit Sadani, too, a fruitless search for non-toxic baby products paved the path to entrepreneurship.

An engineer-turned-banker, Malika had moved to London in 2011, where Mohit worked with the international consultancy McKinsey. “We moved to London in the last trimester of my first pregnancy,” she says. The couple spent hours reading up on the various products available for expecting mothers and babies and soon realised the importance of toxin-free, natural products. “That was the time when awareness about natural products was on the rise in Europe,” recalls Malika.

Her first child was born in London, and while she was expecting her second, three years later, the couple had to return to India. The shift came with its own challenges. For one, their first child repeatedly had diaper rashes, forcing them to rely on friends returning from abroad to bring diapers. “But shipments got stuck and I realised this wasn’t a sustainable model,” says Malika.

“ There was a clear demand and nobody was willing to address the concerns of the urban mother.”
Deepak Shahdadpuri, MD, DSG Consumer Partners

Over the next few years, the couple spoke to numerous mothers and expecting mothers to understand pain points in existing baby care products, and all of them pointed to a demand for toxin-free, natural products.

That’s when the couple decided to set up Amishi Consumer Technologies, which now sells products under the brand name The Moms Co. “We began toying with the idea in late 2013 and early 2014,” says Malika. “But it wasn’t until 2016 that we launched the company. In that period, we spent hours surveying our friends and family about the need for toxin-free products in India. Formulation of the products also took time. We realised that mothers were willing to pay extra to ensure their children weren’t exposed to toxins.”

The formulation of the products, Malika claims, is done in India by an expert, in consultation with professionals in Australia and Switzerland. The ingredients are checked for toxicity against a global database and tested in a controlled environment before the products are sold. The manufacturing is handled out of three facilities in Noida.

The Moms Co began with four products in March 2017—a body butter cream, stretch oils to reduce stretch marks, a foot cream for swollen feet, and a body wash. The company has now ramped up its product portfolio to 19 and managed to raise $1 million from investors, including Saama Capital and DSG Consumer Partners.

“Malika is a passionate founder,” says Shahdadpuri. “There was a clear demand and nobody was willing to address the concerns of the urban mother. Fortunately, we have found a product that can become the best in the world.”

Along the way, The Moms Co has also begun tying up with hospitals to sell the products. With four shops already in place in Delhi, the company wants to take it to 10 in the next few months, and is even looking at opening a few in Bengaluru in the next two months. But, the bulk of the business continues to be online, and Malika reckons a huge chunk of it coming from tier II and tier III markets.

Booming babycare
Although the toxin-free, natural baby care product industry in India is still at a nascent stage, it has seen an uptick, particularly due to increased awareness in the US and Europe. Much of that was partially due to The Honest Company, founded by American actor Jessica Alba, which has been pioneering the natural, toxin-free, certified products.

“Products currently available in India for expecting mothers, and babies are mostly filled with [harmful] chemicals,” says Shahdadpuri. “There is a real opportunity in the segment and, while there is a space for the likes of J&J since they are mass products, there is also a new breed of mothers coming in who are demanding better products for children. A few years later, many will look back and say we missed an opportunity here.”

Research firm Euromonitor reckons that the overall market for baby and child-specific products in India is likely to grow at a compound annual growth rate of 8 percent between 2017 and 2021, making it a `2,940 crore industry by 2021. Over the past few years, the entry of online retailers into the baby care industry—FirstCry, Amazon, Flipkart—has also fuelled growing demand from a new generation of parents.

“Compared to a generation before, many are having kids at a later stage in their lives. And many prefer to have a single child,” says Arvind Singhal, chairman and managing director of consultancy firm Technopak. “That coupled with higher incomes means parents are willing to pay much more for their children and for themselves. The market is growing since India has a high birth rate.” Over 25 million children are born in India every year.

Singhal agrees that there is a huge market, but is sceptical about the growth opportunities. “$1 million in funding is hardly anything in the Indian ecosystem,” he says. “Also, there is no real vacuum in the market. Companies like J&J have been in India for three or four generations. And now, imported products aren’t too difficult to get in India. Hence, I am not certain how much success these companies can find.”

Established companies, however, have been ramping up their premium products. Last year, J&J (India) and HUL both introduced premium products, Aveeno and Dove, to offer lotions, creams, soaps, shampoos, and body washes for babies.

But Varun continues to believe in the premise of his venture. “We are at least 50 percent cheaper than imported products, even though we are more expensive than mass-market products. But then, we provide toxin-free products,” he says.

And he might be right. After all, to rephrase Spock, ‘parents know best’.

Tweets by @forbes_india
Fragmented coalition would mean pain for the markets: Ridham Desai
These are the world's most valuable brands