Why is Bollywood big business outside India?

From Dubai to Switzerland, India's film industry is the theme for many successful ventures 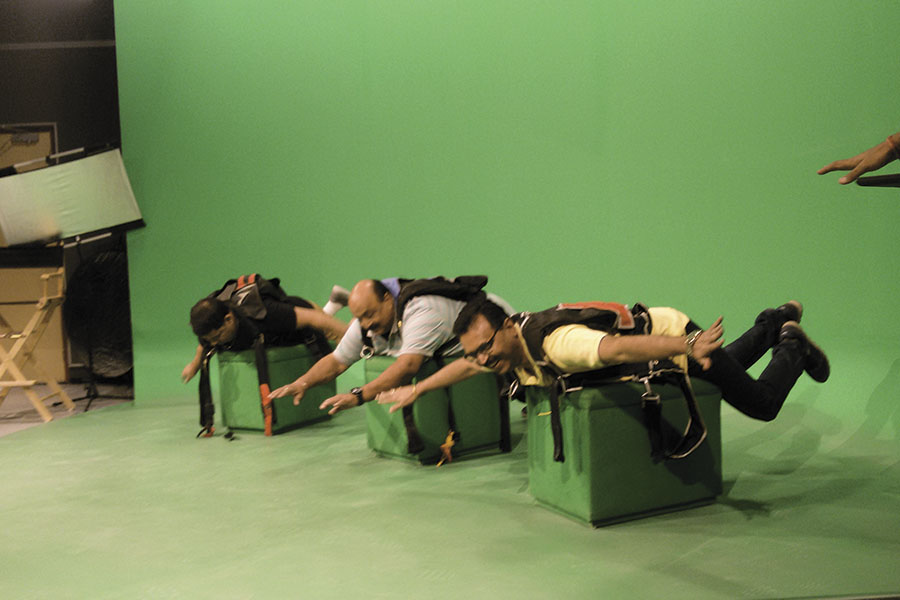 At Bollywood Parks TM Dubai (BPD), a Bollywood-theme park in Dubai, visitors can act before a ‘green screen,’ as if they are in the skydiving scene from Zindagi Na Milegi Dobara, and later find themselves in a customised trailer. (Image: Meenakshi Shedde)

Welcome to Ramgarh,” said the blonde security guard outside Ramgarh Station, the entrance to ‘Sholay’, saluting smartly. ‘Sholay-The Hunt for Gabbar Singh’ is a 3D interactive ride, based on Ramesh Sippy’s landmark film, where you fight Gabbar Singh and his dacoits amid ravines, with “sound-injected infrared guns”. I asked him his name. “Zoran Todevski from Macedonia,” he replied. Nothing could be more surreal than being welcomed by a Macedonian at Sholay, in the Bollywood Parks TM Dubai (BPD), in Jebel Ali, Dubai, in the desert. What’s more, he hadn’t even seen Sholay.

BPD is part of the sprawling Dubai Parks TM and Resorts (DPR) that includes Motiongate Dubai, Legoland Dubai, Legoland Water Park, Riverland Dubai and Lapita Hotel. DPR, a subsidiary of Meraas Holding, is investing over $2.85 billion on this 25 million sq ft resort. It is the first theme park of its kind to recreate the Bollywood experience, through 16 attractions with action, music, dance and drama. The best is the Bollywood Film Studios, with two superhero rides—the heart-lurching ‘Krrish: Hero’s Flight’, where you soar in a 4D flying theatre ride, escorted by Hrithik Roshan’s Krrish, and ‘Ra.One Unleashed’, a multi-sensory 4D theatre virtual adventure with Shah Rukh Khan. My favourite was where you learn the basics of creating a film like Zindagi Na Milegi Dobara—after you are shot ‘acting’ before a green screen, you find yourself in the film’s trailer, driving a car in Spain or skydiving, amidst Farhan Akhtar, Roshan and Abhay Deol. The other attractions include ‘Rustic Ravine’, with adventures set in Sholay, Dabangg and Lagaan, and Jaan-e-Jigar, a Broadway-style Bollywood musical, in the 850-seater Rajmahal theatre. The BPD one-day ticket, including all rides and adventures (excluding Jaan-e-Jigar) costs AED 285 (about Rs 5,200). Pricey, but if it is something you may do once, I’d say go for it.

Your mind reeling after a full day of heart-stopping rides and sensory delights at BPD, you are both angry and sad. Why is it that Dubai—and indeed, the rest of the world—can make money marketing Bollywood, while Mumbai, the heart of Bollywood, the world’s largest film industry (in number of films), treats it like a ghar ki murgi, largely ignoring its marketing potential? 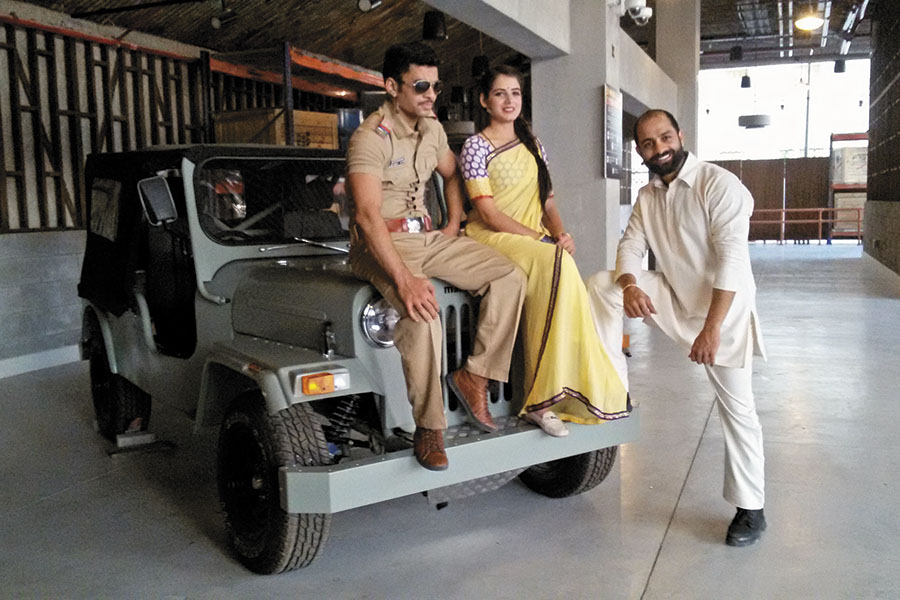 Adventures at BPD include action pieces based on films like Dabangg (Image: Meenakshi Shedde)

Dubai is not alone. In Paris, Nadine Tarbouriech curated a You Said Bollywood? retrospective at Paris’s Centre Pompidou in 2004 that drew 30,000 admissions. Madame Tussauds in London and Singapore have wax statues of Bollywood stars, including Amitabh Bachchan, Shah Rukh Khan, Salman Khan and Aishwarya Rai Bachchan. As Bollywood film shoots in various locations directly boost tourism, Visit Britain, the British tourism authority, had produced a ‘Bollywood Map of Britain’, pointing to 22 locations, such as Blenheim Palace, where Indian films had been shot. Indians made 400,000 visits to the UK in 2014, and Indian tourists spent £199 million there in the first half of 2015. VisitBritain said 339,000 Indians travelled to the UK in 2006 alone. In Switzerland, where innumerable Bollywood movies, including Dilwale Dulhaniya Le Jayenge, An Evening In Paris and Biwi No 1 have been shot, there is a ‘Yash Chopra Lake’ in Alpenrausch, a ‘Chopra train’ run by Jungfrau Railways, the Restaurant Bollywood at Jungfraujoch, and Erwin Tours’ Bollywood packages. 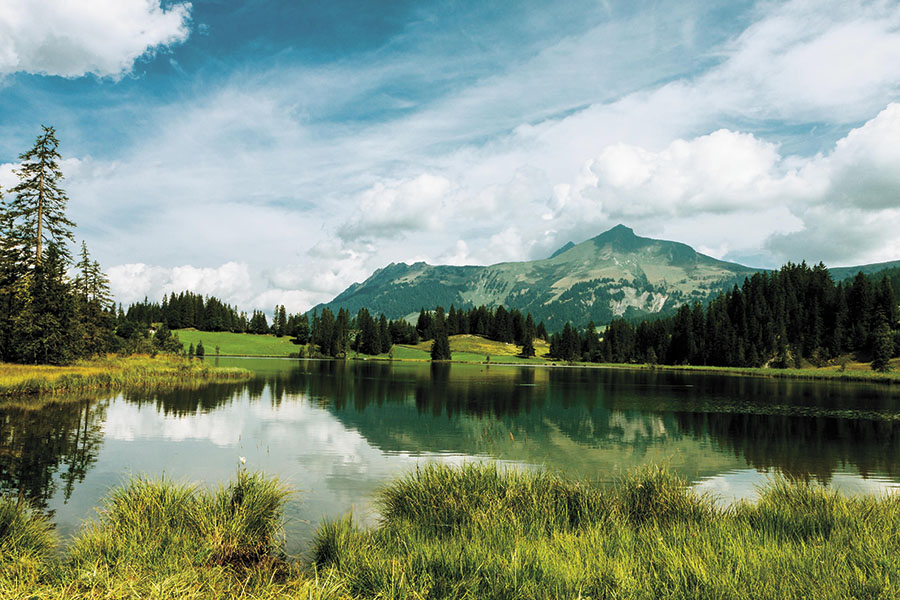 There is a kind of reverse colonisation, as foreigners appropriate Bollywood—and rake in the moolah. Bollywood—no, Indian cinema—is the largest film industry in the world, at about 2,400 feature films in 2015, producing over three times Hollywood’s films (791 features in 2015). Yet, to our eternal shame, there’s a spectacular lack of imagination when it comes to marketing Bollywood as a film industry attraction per se in Mumbai. In contrast, at Universal Studios in Los Angeles, California, there are any number of rides and adventures based on Hollywood films, such as, for instance, ‘Jurassic Park R–The Ride’, a river raft adventure, in which you narrowly escape a T-Rex dinosaur, before your raft makes an exhilarating 84-foot plunge, leaving you soaked and grinning.

Does Mumbai really need to import Bollywood marketing ideas from Dubai, London and Los Angeles? Well, most of our Bollywood tours to Film City, Mumbai, are appalling. A foreign friend who went on one of them was outraged, as they were mostly sitting in a bus, while a guide waved to say, “Shah Rukh is shooting inside that set today”, and all she got to see was the shooting of a TV serial. Even a rickshaw driver will point out the houses of Bollywood royalty like Amitabh Bachchan, Shah Rukh Khan and Salman Khan. You can gawk endlessly from a sea of raised mobile phones, in the hope of a glimpse of divinity. If one of the above-mentioned Gods waves from the gate, you can gracefully have a heart attack, but that’s about it. 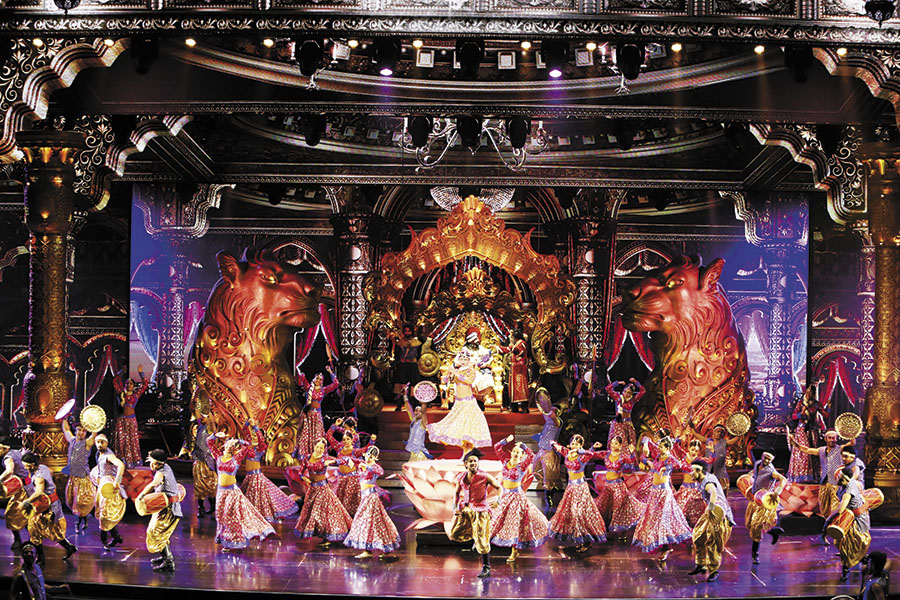 The National Museum of Indian Cinema has been trussed up in impenetrable bureaucracy. Curator Amrit Gangar said he hopes it will open by July 2017. But there’s no word yet on if and when India will ever get its own Bollywood Museum, let alone a Bollywood theme park. Adlabs Imagica in Khopoli, EsselWorld in Mumbai and Ramoji Film City in Hyderabad are primarily entertainment parks, not Bollywood theme parks. So it will be eternity and a day before we have a fun, interactive, experiential Bollywood theme park. Despite grandiose plans by Los Angeles-based Yazdani Studio of CannonDesign on the filmcitymumbai.org website of the state government’s Maharashtra Film, Stage and Cultural Development Corp Ltd, everything is still mired in a tagliatelle of permissions. Says Ritesh Sidhwani, co-owner, Excel Entertainment, “In fact Paul Roy of Riva Digital, Dubai, and I made a proposal to the Maharashtra government for a Bollywood theme park in Mumbai a year ago. With Roy, we have developed three themes for BPD, based on Don, Zindagi Na Milegi Dobara and Rock On!!”

Wizcraft International Entertainment Pvt Ltd successfully markets Bollywood worldwide through the International Indian Film Academy Awards, in which Bollywood hands itself awards in between item numbers, and has created the Jaan-e-Jigar musical for BPD and Zangoora musical at Kingdom of Dreams, Gurgaon. Says Viraf Sarkari, director, Wizcraft, “You need will power, state support, land, and major investment to create a Bollywood theme park, that’s why it is a challenge in Mumbai. Real estate prices are very high. That’s why Dubai could cut through the bureaucracy and pull it off.” No wonder, BPD’s tagline is B_Spellbound. We were.