Delhi residents are also responsible for their poor air quality, not just farmers

It is time that Delhi fixed its problems. The governments of Punjab, Haryana, and Uttar Pradesh also need to take steps to control pollution from coal combustion and motor vehicles 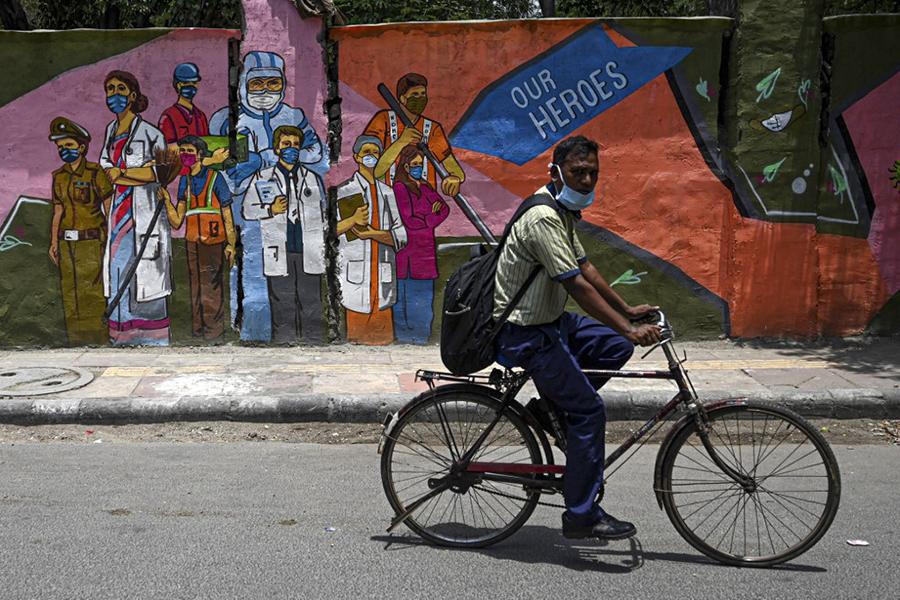 It’s surprising that despite having the political and judicial leadership of the country breathing the dangerous Delhi air, we cannot fix the air quality problem in that city. Image: Money Sharma/ AFP

Last evening, I sat in my balcony to participate in an online conversation on healthcare. At the end of the hour, I felt exhausted. I checked the AQI (Air Quality Index) and it was 192—which is deemed ‘unhealthy’. I immediately went indoors, and it took me a couple of hours to recover. Note that I am sitting in Mumbai, far from Delhi and the stubble-burning. Delhi’s AQI was 266, a “very unhealthy” rating. I wondered why we can’t fix the problem in Mumbai or Delhi. During the pandemic lockdown—when traffic was near zero and industries were shut—we had blue skies. So clearly, like in Delhi, it is not just the farmers who are responsible for the poor air quality.

Rewind to a conversation at the Centre for Civil Society (CCS) earlier this week, where we briefly discussed this topic. CCS is one of India’s leading think tanks (full disclosure, I chair their board of trustees). We were discussing the need to challenge the traditional ways we look at issues related to the environment.

‘Terracotta Environmentalism’, is what we call it, where we need to recognise the connection between humans and nature, and how we can produce positive environmental outcomes through communities, markets, and incentives. We were discussing why the air quality was bad in Delhi. Was it because of stubble burning, traffic, construction activity around Delhi, wind patterns, water issues in Punjab, or politics? There are so many theories. It’s surprising that despite having the political and judicial leadership of the country breathing the dangerous Delhi air, we cannot fix the air quality problem in that city. Maybe they all have fancy air purifiers in their homes and offices.

Let me state up front: I do not know the cause for the poor air quality in Delhi, let alone Mumbai. But what I know is that the farmers in Punjab and Haryana are not the only culprits, and yet, most discussions and public policy measures are focused on stubble-burning. This is what the Supreme Court also said earlier this week on Monday, November 15, 2021. The Central Government submitted an affidavit to the Supreme Court on this topic, and a chart in that affidavit blames the following for the poor quality of Delhi air (PM 2.5) in the winter—industry: 30 percent; transport: 28 percent; dust (from the soil, road and construction): 17 percent; residential: 10 percent; and, agri-burning is only 4 percent.

This chart attracted a lot of criticism, and it is possible that the stubble-burning caused the short term peak in AQI above 600 (above 300 is classified as “hazardous”). But it doesn’t take away the fact that most of the air quality problem is caused by non-farmers. Until we take steps to reduce air pollution from industry and transport in Delhi, people will continue to suffer.

Let’s look at the issue of stubble burning. I refer to an article written by Ayush Patnaik and Ajay Shah a year ago. They argue that the 2009 change in state laws in Punjab and Haryana—related to water—are responsible for the crop burning problem today. Crop burning escalated after these laws were put in place. Maybe these laws (Preservation of Subsoil Water Act) need to be repealed. These laws gave the government the power to determine when farmers are prohibited from transplanting paddy. It reduced the period available to the farmers.

A report by Balwinder Singh (Cropping System Scientist at CIMMYT, Nepal) and others showed that the new laws kicked off a surge in crop burning. According to Patnaik and Shah, “the new laws also shifted the date of the peak burning from October 24 to November 4, which is a time when temperatures are lower and the winds are weaker.” Before 2009, Delhi did not seem to have such a dangerous air pollution problem.

Delhi lies in a bowl with the Himalayas in the North and the Deccan plateau in the South. After the monsoon subsides, there is little wind and rain hence dust particles linger in the air. In the short term, there is nothing we can do about altering wind and rain patterns, but we can control the amount of dust (be it from vehicle, industry, construction or stubble-burning) that we generate.

Many cities have fixed their air pollution problems effectively by proper public policy measures. These include Seoul, Montreal, Los Angeles, and Beijing. Beijing fixed its air quality problem because they made decisions based on data and science, and not sentiment. Today, the AQI in Beijing is still high at 158, but it is a significant improvement from the past. A 2019 article by the Climate & Clean Air Coalition stated that in 1998, the main culprits for the air pollution problem in China’s capital city were coal combustion and motor vehicles. Since then, Beijing focused on energy infrastructure optimisation, coal-fired pollution control, and vehicle emission control to improve the AQI significantly.

It is time that Delhi fixed its problems. The Delhi state government is correct in stating that concerted action is needed from the entire National Capital Region (NCR). The governments of Punjab, Haryana, and Uttar Pradesh also need to take steps to control pollution from coal combustion and motor vehicles, and repeal those 2009 water laws. Who bears the cost of these steps (and whether rice should be grown at all in Punjab and Haryana) is another minefield.

What can we learn from COP26 and its perceived failure in addressing the climate crisis? The main issue at Glasgow seemed to be around fossil fuel burning. India pledged net-zero carbon emission by 2070, China by 2060, and US & EU by 2050.

In the meanwhile, we are seeing how badly the air quality is impacting our lives. This is a huge health issue also, that needs to be urgently addressed the same way we addressed the Covid-19 pandemic. But the central and state governments don’t seem to be bothered about the short-term and long-term impact on public health because of air pollution. I haven’t studied in detail the full-cycle impact on climate by moving to electric transport, and electric cars may be also very polluting when you take into account the impact of mining on the environment.

We need a behaviour change—more use of public transport, more walking and cycling, and so on. Our son, Khashiff, introduced me to the 15-minute city policy of Paris—Mayor Anne Hidalgo’s plan to reduce the need to travel and the emphasis on public transport. Moving to electric bus and electric metro systems is better than promoting the use of electric cars.

Politicians are failing in the climate battle, and maybe, as Jay Naidoo says, we should listen to the wisdom of indigenous people rather than attend expensive conferences.

It is time that public policy is decided based on data and not rhetoric. Meanwhile, keep your masks on—you need them, also for the poor air quality.

7,725
Thank you for your comment, we value your opinion and the time you took to write to us!