Investing in next generation of ideas for quality decision making 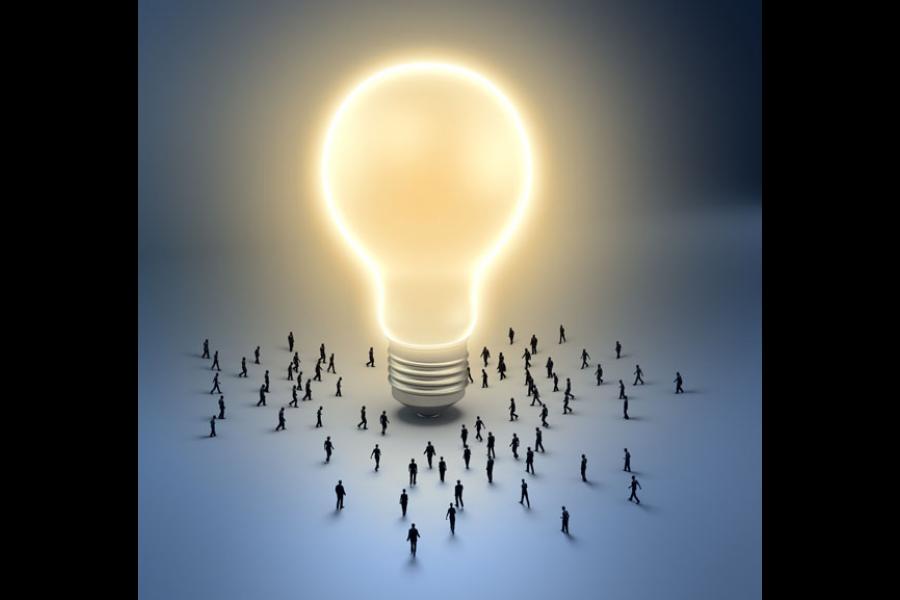 Every year, for about 3 days, the local media writes about think tanks and their role in society. This is, thanks to the University of Pennsylvania’s annual ranking of think tanks (under their Think Tanks and Civil Societies Program).  The latest rankings were released recently and it is great that many Indian think tanks appear on that list, including two that I am personally involved with – Centre for Civil Society (CCS) and Gateway House. CCS has, once again, remained at the top of the heap amongst Indian think tanks, and remains the only Indian one in the top 50 global list. Gateway House jumped into the rankings for the first time and also featured high on the rankings of think tanks that use social media and the internet well.  Soon, all of this will be forgotten and think tanks will continue their struggle to survive and get criticized for only being ‘thinkers’ and not ‘doers’.

So, what does a think tank actually do? Across the world, decisions are being taken by various people – politicians, bureaucrats, businessmen, social activists etc. Quite often, these decisions are being made based on sentiment or incomplete data. Think tanks help bring expert knowledge to decision-making.

They provide decision-makers with reliable information. They analyze current events in a comprehensive manner and help policy makers make informed decisions about public policy. CCS has, for the past 17 years been doing just this - championing the cause of free markets, school choice and the right to livelihoods. Gateway House was set up 5 years back in Mumbai to create a platform to inform and influence foreign policy in Delhi by acting as a bridge between business (Mumbai) and foreign policy (Delhi).

The number of think tanks in India has grown in recent years, whereas globally the tribe is shrinking.  The U Penn Report blames a global hostile political and regulatory environment for this.  Governments across the world, not just in India, do not like criticism and therefore try to place restrictions on think tanks.  As citizens challenge the right of governments to have a monopoly on decision making, think tanks have an even larger role in ensuring that correct information is made available to public. We recently saw how social media played a large role in getting Narendra Modi elected as Prime Minister after the general elections that concluded in May. Think tanks have a lot to gain from growth and traction on Twitter, Facebook and other platforms, because it enables them to disseminate information faster and more efficiently. Both CCS and Gateway House host discussions on Twitter, Google Hangouts, etc.

One challenge think tanks have to deal with is fund raising.  It is easier for an NGO to raise money to feed hungry children, treat AIDS patients and teach kids. But, it is more difficult for a think tank to raise money to analyze the reasons on why do so many kids go hungry, why AIDS continues to be a threat and why our youth are not getting educated properly, despite enrollment rates being very high.

Fund raising is an even bigger problem in India, where funding for most think tanks comes from large philanthropists, government grants or international donors. The source of funding always throws up concerns about the independence of think tanks. Last year, Brookings, which consistently tops U Penn’s rankings, faced a lot of criticism about their independence because of funding from donors like the Qatar government.  In 2013, Brookings managed to set up shop in India owing to donations from many rich Indians cutting large cheques to gain a seat on the Brookings India Initiative Founders Circle. Most of these donors will not support a domestic think tank.

Today, think tanks are also caught between Action and Ideas. The U Penn report talks about how think tanks are “forced to abandon traditional methods of operation, such as dialogue and debate, and consider new methods as funders and other stakeholders in the policy process have grown impatient with conferences, forums and seminars on public policy issues.” Hence there is a need for more advocacy in effecting change, something that CCS has embraced.

For example, CCS helped set up the ‘National Independent Schools Alliance (NISA)’ to fight for the rights of 400,000 budget private schools. Many of these schools face closure because of the irrational fixation of the government on input norms under the Right to Education Act 2009 (RTE), totally ignoring educational outcomes at schools. Earlier this month, we won a significant victory when the Haryana High Court passed a judgment that no school can be shut down without the State following due process. The writ petition was filed by members of NISA. CCS also recently published a report, The 100 Laws Report, together with Vidhi Centre for Legal Policy and NPFP, outlining 100 laws that need to be repealed.  40 of these recommendations were included in the report by the Law Commission of India.

CCS also conducts a series of interactive dialogues in campuses across the country, branded Freedom Caravan. And this year, the theme was ‘Why is India Poor?’ Sometimes, think tanks have to support good ideas that many people do not like. One such example is the RTE’s 25% reservation rule for children from disadvantaged groups. CCS initiated ‘Coalition 25’ to help develop workable models to implement this rule and the first step is ‘Patang’, a project being implemented in 3 private schools in Delhi.

Last week, Gateway House hosted a Google hangout on the role and challenges of think tanks. One of the participants was Jim McGann, who is Director of the Think Tank and Civil Societies Program. Their 2014 Global Go To Think Tank Index Report, which is available online, has some very interesting insights into the world of think tanks.

There is cautious optimism about how the Modi government will look at think tanks. NITI Aayog, the successor to the Planning Commission, has been set up as a policy think tank to the central government. If we need to have a strong and thriving democracy, we need to invest in the generation of ideas and encourage the proper use of data in decision-making.  Only then, will we able to achieve what Rabindranath Tagore wrote about - “Where the mind is without fear and the head is held high … where knowledge is free … into that heaven of freedom, my Father, let my country awake.”  This is why we need more think tanks to help focus on the power of ideas, so that the Government and Corporate India can operate better.

5,281
Thank you for your comment, we value your opinion and the time you took to write to us!