Lessons for entrepreneurs from the McDonald Brothers and Ray Kroc

'The Founder' is a fascinating movie about the early days of McDonald’s Corporation. It also has a lot of lessons for entrepreneurs and investors 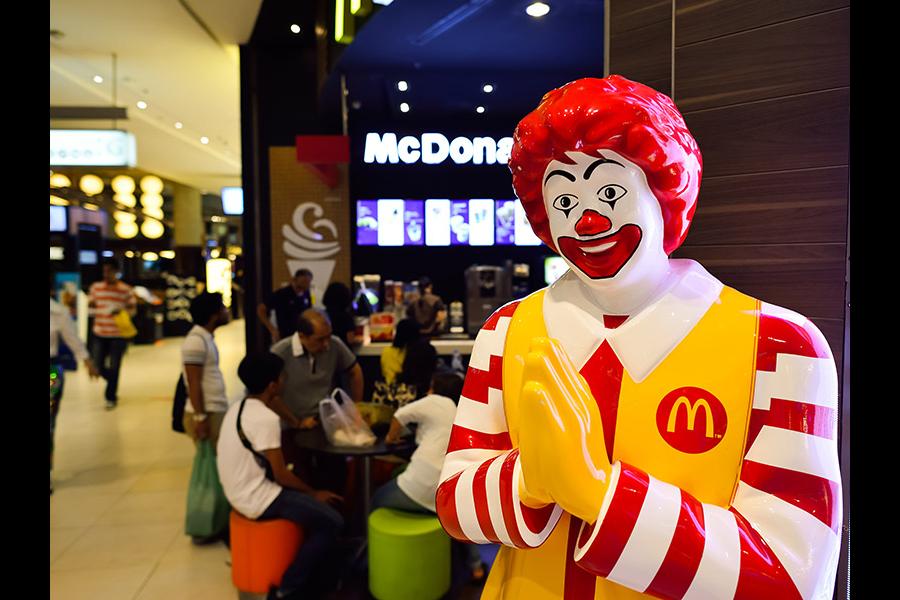 On a recent flight in the USA I saw The Founder. It is a fascinating movie about the early days of McDonald’s Corporation, the world’s largest sellers of hamburgers. Besides being an engaging movie, it had a lot of lessons for entrepreneurs and investors.

The Founder is the story of how a passionate salesman, Ray Kroc, partnered with Mac and Dick McDonald to build out the McDonald’s franchise network. And how Ray ended up owning the company, made a fortune and cheated the McDonald brothers, who despite being the original creators of the fast food restaurant ended up with way less money than Ray.

The Product. Ray was a struggling salesman. One day he gets a large order for his milkshake machine from a small restaurant in San Bernadino, California and Ray drives across the country to visit this store. He is fascinated. The McDonald brothers had a restaurant that served only 3 products – hamburgers, fries and milkshakes. They served it in disposable packaging and there was no place for customers to sit inside the restaurant and eat. And business was rocking. The innovation? Fast service (30 seconds to get served) and standardized, high-quality and affordable products. Ray loved this and for the first time saw a restaurant business that was scalable. He convinced the brothers to give him a contract to grow the business through a franchise network. The brothers were concerned about the impact on their brand (their attempts at franchising had failed) and retained the right to control what Ray did. What Mac and Dick McDonald had created was unique in the restaurant business. They were fanatics about processes and timed each activity (there is an amazing scene in the movie where they design their restaurant layout by experimenting on a tennis court with chalk markings and staff who pretended that they were working in a real restaurant), set standards for each burger (amount of ketchup and time to cook, for example) and were constantly innovating. They had templatised the way a McDonald’s restaurant should be, including the yellow arches. Their USP was speed and McDonald’s had created the world’s first fast food business.

The Actual Business. Ray went back to Illinois and quickly signed up franchisees. The first set were rich and retired friends from his country club who saw this as a lifestyle business and were not interested in standardisation and service. Ray quickly learnt that he should target struggling middle-class couples instead to put up the money and set up McDonald’s restaurants; they were hard working and committed to the brand standards. But Ray was still not making money even though the business was booming. He wanted to up the franchise fee and bring in innovations (like milk powder instead of fresh milk for the milkshakes – this would save a lot on refrigeration equipment) which the McDonald brothers resisted. Then one day a young man, Harry Sonneborn (who ended up being the first President & CEO of McDonald’s Corporation), offered to look at Ray’s books and told Ray that he had got his business model wrong – he was not in the burger flipping business nor was he in the franchise business; he was actually in the real estate business. Ray should own the land and lease it out to the franchisees. This way he could get bank financing for the land, receive a steady income flow and control the quality of the franchisee by being their landlord. This was a revolutionary thought at that time and McDonald’s today is one of the world’s largest real estate owners.

The Importance of Alignment of Interest and Communication. Ray was based in Illinois and was on the road constantly. Mac and Dick were minding their restaurant in California and they did not communicate much. The McDonald brothers were more concerned about the quality of their product and the customer experience. Ray was more concerned about making money by growing the business exponentially.  So, there were differences between them and their occasional phone conversations were terse. Ray constantly looked to see how he could free himself from the contract and created new entities to manage the business (Franchise Realty Corporation, which later became McDonald’s Corporation, where the McDonald brothers had no stake). Ray argued that their contract covered what happened in each restaurant and not how the business was structured. The lessons for entrepreneurs is to ensure that the partners’ interests are aligned and that there are proper channels of communication to ensure that the business grows in a way that is acceptable and fair to all partners. Ray later told the brothers, who had started the business, “You have no understanding of what McDonald’s is about.”

The Handshake and the Contract. Finally, things came to a head and the lawyers were brought in to work out a deal to move forward. Ray was to get control over the business, and in exchange the brothers were to keep their original store, get paid $2.7 million and receive in perpetuity 1% of revenues. Not a bad deal for them. But at the last minute, Ray told Mac and Dick that the 1% royalty could not be in the document because of the negotiations with some new investors; but that his was his verbal commitment to them. They shock hands on this. Ray quickly ran circles around them, set up a new store across the road from the brothers and the brothers had to shut down. They never saw the 1% royalty and all they seem to have made was the $2.7 million. One could argue that they made a lot more than what they had originally planned on making. But it is a lesson for entrepreneurs – be careful of handshakes since they do not necessarily get honoured; put everything down in the contract.

The Brand. The brothers asked Ray why he did not simply steal their idea and build this out on his own. Why did he want to partner with the McDonald brothers. Ray’s answer was, “The name McDonald’s”. It is a nice sounding All-American name. The brothers clearly did not understand the value of their brand and hardly made any money from their brand, yet another tip for entrepreneurs – value your brand properly.

Persistence. I may have painted Ray Kroc as the villain. He cheated his partners, he left his wife for another a partner’s wife, etc. But he also built up a business that revolutionised the food and restaurant business (and also the franchising and real estate businesses). He had the habit of listening to motivational vinyl records and his main lesson from those records was ‘Persistence’. Ray had tried many businesses before he met the McDonald brothers; none of them were great successes. But he never gave up. And when he partnered with the McDonald brothers he had challenges – overdue bank loans, bad franchisees, differences with his partners on growth, etc. But he persisted like a bull and eventually made a fortune.   Entrepreneurs have to be persistent.

Size. Finally, let’s look at the issue of size. Mac and Dick were more concerned about quality of the product and were not that hung up about growth; they wanted to grow, but at a pace that they were in control of. They had a well-run business that they were passionate and proud about. Ray, on the other hand, realized that what the brothers had developed was a gold mine and he drove them to grow beyond the comfort zone of the brothers. The brothers ended up losing their business and their dreams. Ray became a very, very rich man. So, size was not that important for the founders. But it was important for Ray, who grabbed the title of ‘Founder’ from the brothers.  McDonald’s today has 36,000 locations worldwide, serving 100 countries and 80% of their restaurants are franchised. The legacy of the brothers disappeared and the first official restaurant of The McDonald’s Corporation is now recorded as in Des Plaines, Illinois, and not in San Bernadino, California. The drive for size destroyed the health and dreams of the founders, created a very different type of organization, but resulted in a legacy that a new founder grabbed as his own.

55,086
Thank you for your comment, we value your opinion and the time you took to write to us!

Tweets by @forbes_india
Prev
The oil industry saved more whales than environmental NGOs did. Perhaps.
Next
What we can learn from people with disabilities