An artist's notes from the Venice Biennale

Artist-curator Bose Krishnamachari, a regular at the global event, writes about what it took for India to put together a winning pavilion this year, and makes a pitch for a permanent position at the fair 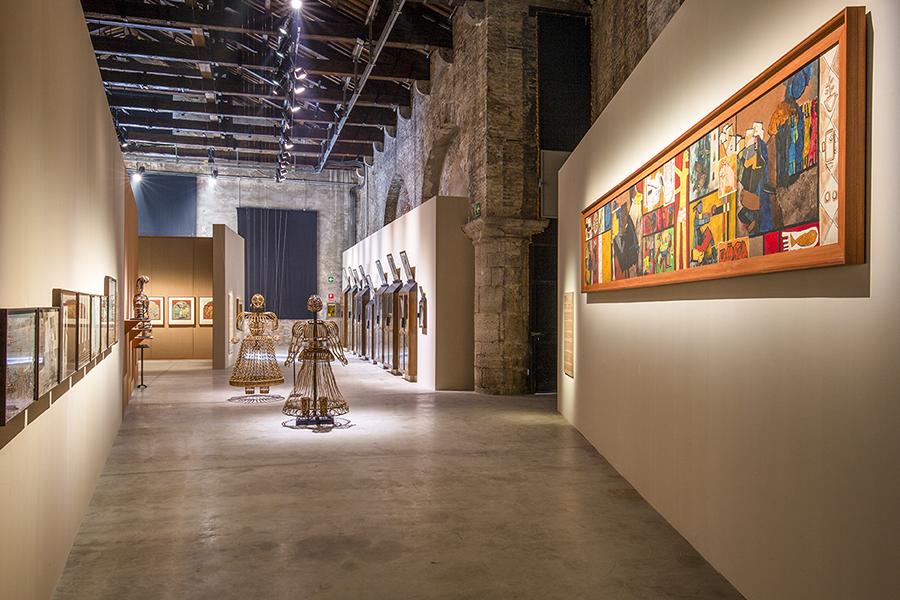 Since 2007, when Riyas Komu was invited by the American curator Robert Storr, I haven’t missed a single Art Biennale at Venice. Eight years ago, the first India Pavillion at Venice was a proud moment for art and culture lovers of India, curated by Ranjith Hoskote. In fact, the first International biennale of India, the Kochi-Muziris Biennale’s iteration, was announced at Venice in 2011. It opened to the public and the art world on 12/12/12.

The 58th edition of the Venice Biennale, titled ‘May You Live in Interesting Times’, held at Arsenale and Giardini’s La Biennale spaces, was curated by a charming humble man, Ralph Rugoff, the director of the Hayward Gallery, London. It was great to experience diverse ways of art making and an eclectic rage of ambitious art practices reflecting on our times. The new materiality produced works, merging of sciences, mathematics and art, explored in all humanity and skill. I felt there was a subtle return of handmade paintings in the Biennale. Rugoff handled high-end issues and soft power productions effortlessly in Venice, and we may not find curatorial continuity but we could experience materiality and arresting aesthetics.

Rugoff invited Indian artists Shilpa Gupta, Soham Gupta and Gauri Gill to the curated central show. Rugoff had seen Gupta’s much talked-about work during his research visit to the Kochi-Muziris Biennale. She had engineered a new kinetic installation for Venice, a simple yet brilliant work, while Gill and Soham Gupta both had two large series of photographic exhibits.

The Venice Biennale has awarded the top prizes for this year’s edition; Lithuania gets the coveted Golden Lion for best national Pavilion; The Golden Lion for the best participant to American artist Arthur Jafa; and Silver Lion for a promising young participant to 39-year-old Cyprus-born, Berlin-based artist Haris Epaminonda.

Among the highlights: Jitish Kallat released his monograph, DAG released their future programmes, we saw a collateral performance by Mithu Sen, Sudarshan Shetty opened a group show in Murano and the illustrious Kiran Nadar announced  the architect of her future museum in Delhi—the dynamic British architect Sir David Adjaye. He was selected by eminent jury members from around the world.

The Institute of European Design at the Palazzo Franchetti hosted the announcement of the curator of the next edition of our own Kochi-Muziris Biennale. Singapore-based, Indian-origin artist Shubigi Rao has been named the woman for the job. The next edition will begin on December 12, 2020.

This was my 7th time at the Venice Biennale consistently, and I have not yet seen such a huge number of people at the professional preview days. The country pavilions of France, Britain, Russia, Switzerland, Belgium, Brazil and Germany had long lines of people, waiting to see the works. In fact, one woman said she camped out with a bottle of water and sandwiches, to help her withstand the sun. It is Venice, of course—where art never ends.

The author is President of Kochi Biennale Foundation.

7,555
Thank you for your comment, we value your opinion and the time you took to write to us!