From a Content Concierge to virtual watching, and shorter subscription plans, the excitement in the newly 'hotter' OTT space has just begun, and 2021 looks promising 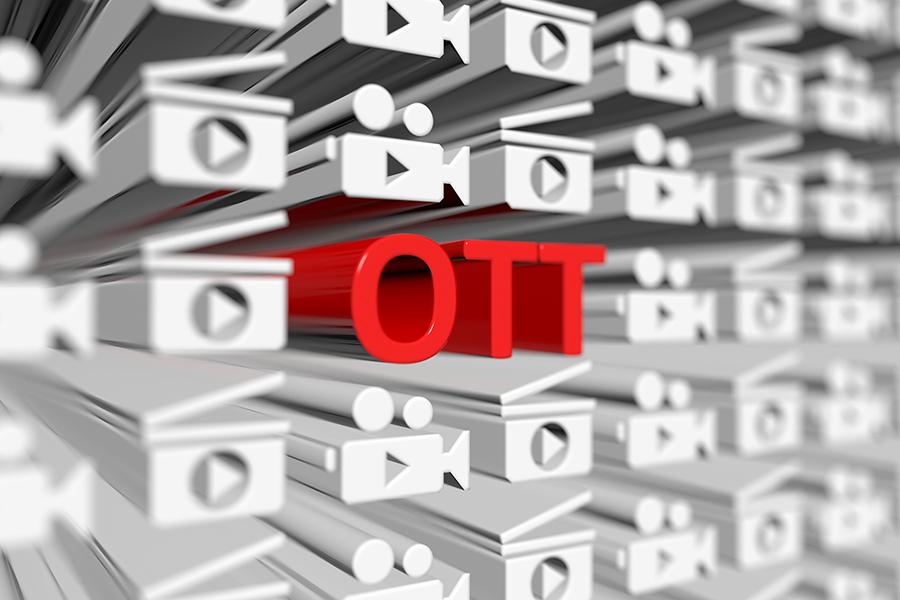 The tipping point for digital entertainment that would have come after three years was super accelerated with this pandemic, which made everyone lean into their screens as the exclusive form of solace amid lockdowns. Four out of five top searched movies on Google this year were OTT babies. Warner Bros. decided to debut its entire 2021 film slate at HBO Max from Wonder Woman, The Suicide Squad to Dune at the same time it debuts in theatres. For India, in 2020 itself Gulabo Sitabo, Dil Bechara, Gunjan Saxena, Laxmii to Durgamati all found home directly in our living rooms. Globally, daily content consumption and overall paid subscribers shot up, OTT, after all, was substituting for Disneyland, Broadway, and IMAX simultaneously.

Delhi Crime brought home India’s first International Emmy and however superfluous, in India, Filmfare did start its own OTT awards this year. A little difficult to understand why movies made on the same budget, sometimes with a better cast and far more reach, need their own small club rather than shaking the big table itself, like Roma and The Irishman did at the Oscars. But that’s a different article.

Already the fastest-growing market in the world, the aggression seen this year in India is just the tip of the iceberg. There are two distinctive indicators in Statista’s Global OTT 2020 report: In revenue, India is on 8th position and in penetration with just above 22 percent at 43rd. This difference is the oil every country is lining up to mine. Of course, apart from having the cheapest internet on Earth, free subscription packs by all telecom operators in the country was a huge benefactor in magically booming the collective user base of the country. In a world mired by investor-driven business, DAU (daily active users) after all became the aspirational driver.

And though the Spanish series Money Heist was the most searched TV series of the year in India, the bold organic viewership growth seen in core regional OTTs in the last six months is indeed a confidence booster for curating richer content in local languages. From niche Hoichoi (Bengali), Aha (Telegu), LetsFlix (Marathi), CityShor (Gujrati) to the way Prime and Netflix are actively bidding for the rights of regional cinema, you know the field is beyond primed. Disney+Hotstar goes even a step further. Slightly elitist but surely marketable, it is not a coincidence that if you want to see a Marvel movie dubbed in any Indian language all you need to pay is Rs 299 per year and the same movie for the original English dub you have to shell out Rs 1,499. A whopping 5X price gap just to fasten the rural penetration.

So here are the four things to expect from 2021:

Virtual community experienceThe main dispute of old school cinema torchbearers is ‘OTT lacks the necessary community experience and hence it is a different thing altogether’. A few months down the pandemic, one of the most popular cultural trends was to host a collective ‘watch party’ of your OTT content with your family and friends in real-time. What started as browser extensions have now been elevated officially as product tweak by the big boys. Amazon Prime, Disney+Hotstar have already launched it and in the next six months, others will follow. So that part of laughing together, sharing a special scene with those who matter is taken care of.

What’s remaining and will always be is the big screen’s distinctive ability to transport you with visuals critically designed for that size. What is also known as Bollywood's festival films or as Scorsese says theme parks. Big budget fantasies and usually multi starrers—they warrant that kind of spending especially for an average family in a country like India. Zomato can’t kill the dine-in experience of Hyatt just because that food is also available now for online ordering but everyone can neither afford nor prefer Hyatt. Collective experience has had a virtual uplift and quite a few marketing campaigns will follow to promote this new feature that inadvertently also makes the internal brand community stronger. Imagine watching the new season of Sherlock with Cumberbatch!

Much more Spielberg, a little less TarantinoAs much as dark, experiential and interactive cinema is the forte of OTTs, the more they penetrate the market the more will be the need for authentic family content. This was a year that had everyone on their toes and stressed, and at least the first half of 2021 won’t be much different. OTT will see a lot more active production of warmer family movies than thrillers and drama that most acclaimed original content as of right now is known for. In 2021, stories of both Tarakh Mehta and Harshad Mehta will demand equal budgeting and focus. With an increasing number of millennials watching OTT content on TVs with their families than alone on laptops, content teams will need to factor that in. Comfort content is rightfully on the rise and rom-coms and comedies will see a spike. Basically, if the script cuts the Disney Pixar benchmark of storytelling, you’re safe in delivering warmth and can hope people are looking forward to it right now. Having said that, the quality of what’s considered family movies in India has also evolved in the last two years. People are more cinema literate and audience reactions to some movies with big screen stars that released this year on SVOD (subscription video on demand) Hotstar Multiplex and pay per view ZeePlex is a testament to that.

Shorter subscription plansIn India, the subscription rates are already lower than global standards and Netflix has tried its hand at mobile-only plans. In 2021, we should now expect shorter timeline plans to get even the harshest cynics hooked and dissuade those who still wait for illegal torrents to binge with the bite-sized weekend plan. Spotify just last week launched its premium mini plans in India with Rs 7 a day and Rs 25 for one week plans; well thought and will definitely help in reaching the otherwise introverted new audiences. With 88 per cent market left to penetrate, there will always be people who would be reserved with long term commitments, wiser to seamlessly keep making money in smaller bouts than allowing that window of borrowing passwords that most will skip if they had a choice. For college students, the weekly plan for binging the seasons of Dark and Mirzapur together would be lesser than buying a monthly VPN plan.

AI view assistantWhen the real estate of malls finally started to reach uniformity in the cities, the concept of shopping assists became quite famous—the add-on service to proficiently navigate 400 brands in an hour to get you exactly what you desire. OTTs are reaching that uniformity and other than their own originals, to scroll through thousands of titles is impossible and machine recommendations are still in very nascent stages. Sometime in the next year, an add-on human cinephile as the Content Concierge even for some extra bucks would be a welcome addition in the infinite world of streamers. What MUBI is doing with art films is needed for all films with much more moment accuracy. A more basic AI ChatBot can intuitively suggest three movies based on your answers about your mood, occasion and place. This is brewing to happen any moment. Will it be started by a third party and then be internalised by the OTT players is what needs to be seen.

Eventually like Tesla and Ford, the valuation of OTT will comfortably take over all traditional forms of cinema. And because the magic of big screens will never go out of fashion, only more lavishly experiential, they will either collectively buy stake in one of the big OTTs or be bought over and renamed as an extension. ‘Disney Dreams’ or ‘Netflix & Popcorn’ where shows like The Mandalorian S07 or Stranger Things S10 would finally find their 70 mm canvas. Till then Schitt’s Creek with Jacob's Creek it is! Happy Holidays!

8,994
Thank you for your comment, we value your opinion and the time you took to write to us!

Tweets by @forbesindia
Prev
Netflixed: Is TV past its best-by date?
Next
Hindi film industry needs course correction to surf the winds of change