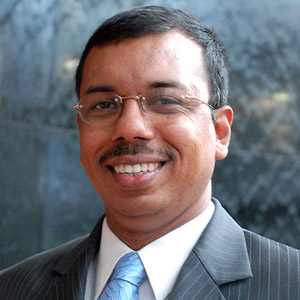 Follow (148):
Your Name Your Email
Get mail alerts for new posts by me
submit

K Ramkumar, Executive Director and Head of Operations & Human Resources at ICICI Bank, loves examining the other side of the traditionally accepted views. He examines everything that comes in his way. That has helped him to broaden his perspectives, something that he would have otherwise never done. Even while reading, he debates with the author by writing on the margins. Ram, as he’s popularly known to his colleagues and friends, believes that there is nothing more joyous than having an open debate with an equally passionate and experimental individual. The outcome is not important. What matters is a counter point - the other perspective to every viewpoint. A science graduate and a post graduate in Personnel management and Industrial relations, Ram is an ardent sports fan. He prefers to be in the game as it keeps him engaged with others. He also enjoys making short documentary films.