Ambit is a leading investment bank offering customized solutions in the areas of Corporate Finance, Private Equity, Asset Management, Wealth Management, Institutional Equities and Structured Finance services. The firm capitalizes on its strong track record, in-depth understanding of global economic and regulatory environment, and extensive domain knowledge to provide seamless services to its clients, which include institutional investors, corporates and high net worth families. Ambit is headquartered in Mumbai, with offices in Delhi, Bengaluru and Singapore.

Here are the ten most interesting pieces that we read this week, ended May 06, 2016. 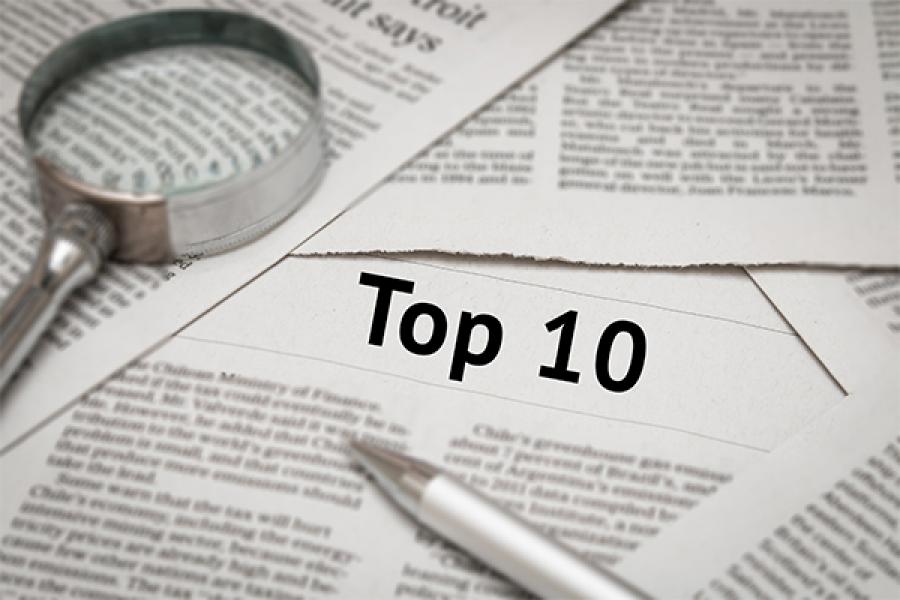 (Shutterstock Images - for representative purposes only)

The stock market as monetary policy junkie! [Source: GMO]
This outstanding paper authored by James Montier and Philip Pilkington of GMO delves into how the Fed’s policy making has been responsible for equity market returns over the past three decades. The authors’ counterintuitive finding is that it is not the low interest rates that are responsible for the markets’ high valuations. Instead, since the 1980s, the market has registered a higher average return on FOMC days vs. normal days (the number was as high as 29x during 2008-12) irrespective of whether the Fed decided to cut the rates or hike them. They conclude that if one were to adjust for such super-normal return days, in effect removing the impact of the Fed, the markets would be at a much saner level!

Football Managers - a career of two halves [Source: Financial Times]
Simon Kuper of the FT is at his sublime best in this piece. He discusses how innovative football managers’ careers tend to follow a predictable path. They spend years studying the game and steal ideas from the previous generation’s innovators and when they begin their career as a manager they just implement their well thought out methods to bring about critical changes. Funnily enough, the world that has missed their years of planning is left in awe and marvels at their sudden ascent. Mean reversion, a harsh truth of life, however, leads to their performance plateauing out as they peak at around 40. They start becoming less innovative as their methods are copied by others and younger innovators improve upon them – much the same way they did years back.

Once bustling trade ports in Asia and Europe lose steam [Source: WSJ]
This article captures the increasing pain visible in the world’s biggest ports – from Shanghai to Hamburg – on the back of weak growth in global trade and the end of the global commodities boom. According to the World Trade Organization, overall trade rose just 2.8% in 2015, the fourth consecutive year of below 3% growth. Plagued by an excessive supply built on the back of the boom years of the last decade and a sharp demand slowdown in recent years, both the shipping industry and port operators are under serious financial pressure. No surprise then that last November, Maersk Line, the world’s biggest container operator, said it would lay off 4,000 employees and pushed back new ship orders to deal with collapsing freight rates. In Asia, too, South Korean shippers - Hyundai Merchant Marine and Hanjin Shipping - are in talks with their creditor, Korea Development Bank, to restructure debt.

The luck factor! [Source: Financial Times]
This article deep-dives into the age old question of the relationship between luck, talent and reward – something that has preoccupied philosophers and social scientists for decades. Whilst there are an ample number of examples around us to illustrate the criticality of events completely beyond any individual’s control in determining success or failure. Al Pacino is described in Behavioral economist Robert Frank’s book 'Success and Luck' as one who has risen to stardom on the back of a “lucky” break. The common notion still holds that a person’s own effort and meritocracy is solely responsible for his success. According to the article, “This notion has done ‘enormous harm’ as it has obscured the ways in which various forms of advantage - cultural as well as economic - are transmitted from one generation to the next.”

Clashes with colleagues: How to deal with conflicts at work? [Source: Financial Times]
We all realize that personal conflicts are an inevitable part of working life. However, if these are left unresolved they can harm both the individuals and the organization they work for. The article describes how to be able to resolve such instances – it is important to reduce focus on the issue at hand and rather focus on the way each party is contributing to the conflict in a way that neither likes. This can be achieved by bringing the parties together to engage in an open conversation about their family and personal life experiences. By doing so, the people are able to see the underlying source of each other’s behavior and likely to be motivated more to help.

How to get India's women working? First, let them out of the house [Source: Indiaspend.com]
Whilst India continues to grow at a healthy rate, Indian women supposedly are not a part of it. This insightful piece describes how India lags other developing nations in its rate of female labour force participation. In fact, we have just 27% of women in the labour force, the second-lowest rate of female labour-force participation in South Asia after Pakistan. And, while our neighbour’s female labour-force participation is rising, ours is falling. According to the underlying research of the article, limited mobility, lack of skills and archaic social norms are responsible for the dismal performance. The gravity of the situation facing us is evident from the fact that even in this day and age almost 80% of women surveyed under the Indian Human Development Survey (IHDS) reported that they were not allowed to visit a health centre without permission from their husbands or other family members.

Why banks don’t play it safe even when it costs them [Source: New Yorker]
This article discusses the impact of “proposed new restrictions on banker compensation that U.S. regulators released last week that will require top earners at big financial institutions to wait four years to receive a substantial portion of their incentive-based pay, and will force companies to claw back bonuses from employees whose decisions turn out to be responsible for big losses.” Given these regulations are beneficial for the banking space in the long run, the article questions why the banks themselves refuse to put in place such regulations. To reason out the behaviour, the author draws on the work of Thomas Schelling and an analogy to the NHL where the players did not use helmets until mandated by the authority. The reason described was that “in situations where the consequences of a choice depend on the choices that everyone else makes, people can get trapped at an inefficient equilibrium, with everyone waiting for the others to switch. And individually rational choices, such as the choice not to hurt your performance by wearing a helmet, can add up to a collectively irrational outcome.” In banking too, such a dynamic is at play with each bank fighting for talent. A clawback provision would put a bank at a disadvantage even though if collectively done it would be good for the entire industry. Hence, with neither of them taking the first step, the authorities have to step in and MAKE it happen.

When we sleep in new places, half of our brain stays awake [Source: qz.com]
Don't believe your friends the next time they tell you they slept 'great' on your couch. If a recent study published in current biology is to be believed, they are just lying! According to the research underlying this piece, the difficulty in sleeping in a new environment is equivalent to sleeping with “one eye open”. In fact the article says that “When you go to sleep for the first time in a new environment only half of your brain really rests”. However, we humans adapt quite quickly to our surroundings and the research goes on to say that from the second day onwards we get accustomed to the new place and sleep soundly. Other species – notably many birds and aquatic mammals, including dolphins and sea lions – are not so lucky as they sleep like this all the time. As per the article, “They rest only half of their brains fully, known as unihemispheric slow-wave sleep, so that they can stay alert to potential threats while they sleep.”

Meet the man behind Google’s doodles [Source: BBC]
Ever wondered who is behind all those wonderful “doodles” we spend inordinate amounts of time on! Meet Ryan Germick, the Google Doodle guy. This article takes a sneak peek in to the life of Germick and showcases his journey from a kid who just loved to draw to “the creative and technical force behind the changing Google logos, better known as “doodles” that inhabit Google’s otherwise static search homepage”. The article also dwells on the changing landscape of the tech industry where “design thinking”, an attribute that brings together the functional and aesthetic aspects of a product offering, is destined to play a major role going forward.

5,833
Thank you for your comment, we value your opinion and the time you took to write to us!

Tweets by @forbes_india
Prev
Are states becoming more responsible fiscally?
Next
Ten interesting things that we read this week