The Last Girl: Nobel Peace Prize for fight against ISIS 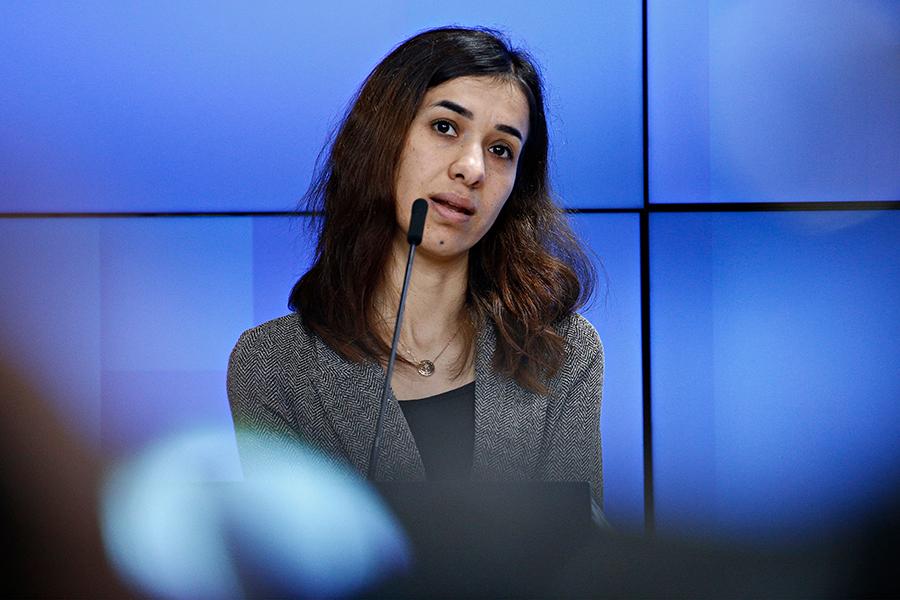 ‘We are human! I wanted to tell him. We had homes, we had a good life. We are not nothing.’ - 'The Last Girl: My Story of Captivity, and My Fight Against the Islamic State by Nadia Murad

This year’s joint winner of the Nobel Peace Prize, Nadia Murad’s book ‘The Last Girl: My Story of Captivity, and My Fight Against the Islamic State’ is a chilling account of the horrors of ISIS, and describes the horrendous condition of women during the siege of the Sinjar province in Northern Iraq in the Iraqi Civil War in 2014.

Nadia Murad who survived the worst of brutalities at the hands of ISIS including repeated rapes, has recounted the horrors in her autobiographical book. Nadia grew up in the Yazidi village of Kojo in Sinjar District, Northern Iraq. During the Iraqi Civil War in 2014, her village was captured by ISIS. The coming of ISIS in their village devastated the local population. The ISIL started indiscriminate killing of Yazidi men. As they were invading the village, ‘peshmegra’, the local forces, fled, leaving the Yazidis at the mercy of the Islamic State. Nadia laments that ‘with the peshmerga gone, militants swiftly filled the abandoned military posts and checkpoints, trapping us in our village. We had no escape plan, and ISIS quickly blocked the road connecting southern Sinjar villages, like Kocho to the mountain, which was already filling up with families trying to hide.’

ISIS butchered the Yazidis at an unprecedented scale. Yazidis were targeted by ISIS because of the latter's religious beliefs that made them targets. Nadia mentions the deep fear in the Yazidis during the hostage situation. ‘ISIS held us prisoners in our homes while they carried out the genocide elsewhere in Sinjar. They didn’t have time, yet, to take care of us. They were busy confiscating Yazidi homes and filling bags with their jewelry, car keys and cell phones; busy rounding up the Yazidis’ cows and sheep to keep as their own. They were distributing young women among militants in Iraq and Syria to be used as sex slaves and murdering the men who might be old enough to defend themselves. Thousands of Yazidis had already been killed, their bodies swept into mass graves that ISIS would try—and fail—to keep hidden.’

Recounting the horrors, Nadia describes the terror-filled villagers who couldn’t even think of stepping out of their homes, as it seemed ‘like walking onto another planet’. After she was captured by the militants along with other girls, she was transported to Mosul, where she was bought by an ISIS judge. Then she was continuously raped. She was then taken by another captor, but was able to escape from his clutches miraculously. ISIS treated the girls like animals. They were transported in trucks like cattle. Hapless girls would scream for their life but to no avail.

In spite of their repeated requests,, ISIS members were as brutal as they could be. The girls were traded as sex-slaves. Nadia recounts the slave market in vivid detail. ‘The slave market opened at night. We could hear the commotion downstairs where militants were registering and organising, and when the first man entered the room, all the girls started screaming. It was like the scene of an explosion. We moaned as though wounded, doubling over and vomiting on the floor, but none of it stopped the militants.

They paced around the room, staring at us, while we screamed and begged. Those of us who knew Arabic begged in Arabic, and the girls who knew only Kurdish screamed as loud as they could, but the men reacted to our panic as if we were whining children—annoying but not worth acknowledging.’ The militants would come and take some girls. After raping them, they would bring them back and then take other girls. The girls would try to avoid the militants by curling into balls on the floor or throwing themselves across their sisters to try to protect them. But the torture and humiliation continued.

Smuggling networks to help Yazidi girls escape from the clutches of ISIS also started operating in Sinjar province. The main draw was money. The middlemen were mostly Arab, Syrian or Iraqi Kurdish locals. There were taxi drivers smuggled the girls in their cars. Others would inform the families about the location of the girls, help them at the checkpoints, and would bribe the Islamic State authorities. Nadia finally got out of this hell when she successfully crossed into Iraqi Kurdistan.

Her escape from the clutches of ISIS was possible because a Muslim family from Mosul helped. She later spoke about her sufferings in detail and helped the world community understand the magnitude of the genocide being perpetrated against the Yazidis by ISIS. Nadia’s courage will undoubtedly inspire more women to come out and speak against sexual violence and atrocities.

17,343
Thank you for your comment, we value your opinion and the time you took to write to us!

Tweets by @forbesindia
Prev
Can humour make you a better boss?
Next
Can a GameStop happen in India?