Skilful declarer play technique is a joy to behold. It requires not just meticulous planning, a sense of timing, an ability to combine chances but foresight and imagination as well. The deal given below featured in the second World Team Olympiad held in New York in 1964. An alert declarer will gain a fair number of clues from the bidding. Despite this help, it seems difficult to get rid of the heart losers.

The Chinese declarer came up with an ingenious solution. Realizing the futility of winning the lead (♠K) in dummy, he chose to duck! West chose to continue with ♠Q which was ducked again in dummy and ruffed with ♦6. Next came the trump Ace followed by a trump to the King once both defenders followed to the first round of diamonds. When the finesse of the ♣Q held, declarer discarded one black Ace on another. This allows him to take a ruffing finesse against East and arrive at two heart discards. The carefully preserved ♦4 helps him to stay in touch with dummy! The West hand was ♠KQ10972 ♥AQJ62 ♦J2 ♣ - while East was dealt ♠J64♥94 ♦8 ♣ K876532. As an aside it is worth pointing out that 5♠ by East-West cannot be defeated. 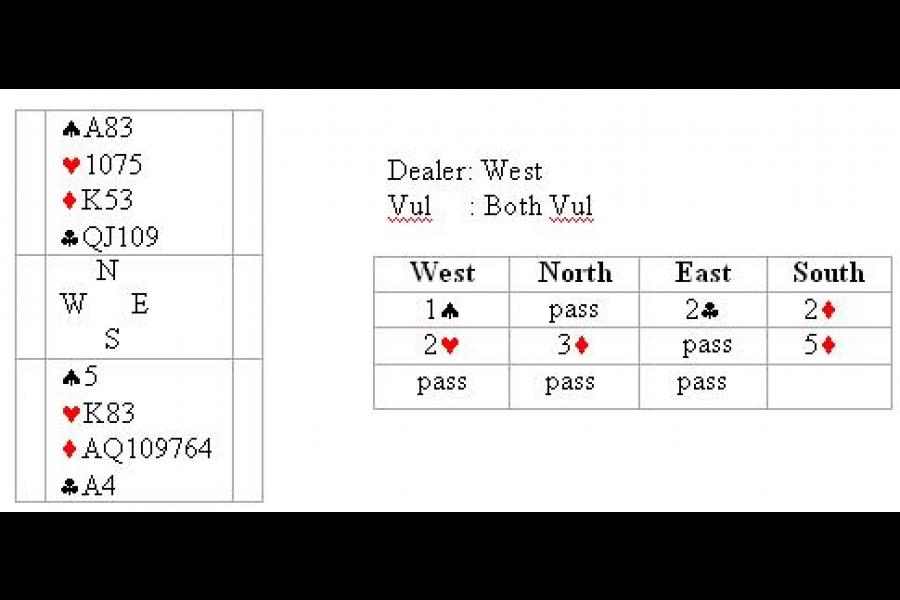 For most bridge experts the humble part-score does not get the same attention as the tricky game or the intricate play required to bring home a tight slam. Yet for the true master, the delicate nuances of handling the limited resources available to fulfil a part score are just as challenging! Here is a wonderful example played by the French bridge legend Jose le Dentu.

With barely enough to scrape up an opening but wholly aware of the power of the spade suit, Le Dentu opened 1♠. His partner, familiar with Le Dentu’s outstanding technique as declarer, and the pre-emptive value of the single raise chose to bid 2♠. The lead of the ♣7 is won by East with the Ace. Back comes the ♦8 which is won by West with the Queen. At trick three, West plays a low heart and when East plays the Queen it is allowed to hold. A second low diamond appears instantly leaving declarer in no doubt about the opponents’ holding in the suit. Assume declarer wins the Ace. Six losers appear obvious – a trump, two hearts, two diamonds & a club. How do you make one of these vanish into thin air?

It took Le Dentu the flicker of an eyelid to realize that his best hope was a singleton spade honour with West! After felling the singleton Queen in his LHO’s hand with the trump Ace, he continued with a third diamond setting up the suit. When West returned ♥J, he won the Ace in dummy and played a fourth diamond! This led to the rare manoeuvre aptly named by the French le Coup de l’Agonie! East is now helpless. If he chooses not to ruff, declarer discards a heart. Obviously, it is hopeless to ruff high. Therefore, East ruffs with a low card and declarer now over-ruffs. He enters dummy with a club ruff and extends East’s misery by playing the fifth and final diamond. The heart loser is now happily floating in the ether.

East held ♠K53♥KQ96♦87 ♣AJ95 and sardonically asked partner in the post-mortem what additional values he needed to overcall 2♣!

4,149
Thank you for your comment, we value your opinion and the time you took to write to us!