Bridge Logic: Simple, But Not Easy

Watch Roger Federer play the backhand slice with under-spin or Brian Lara hitting a majestic cover drive and their mastery is apparent. The same is true for the truly outstanding bridge players. From the moment he takes his seat at the table, it is clear that he is ready to cope with every problem that may arise. The gift of superior technique available to him is a considerable part of the edge he enjoys over less talented rivals. Watch Kamal Mukherjee in action during an early round of the Lalit Mohanka Memorial event recently held in Kolkata. 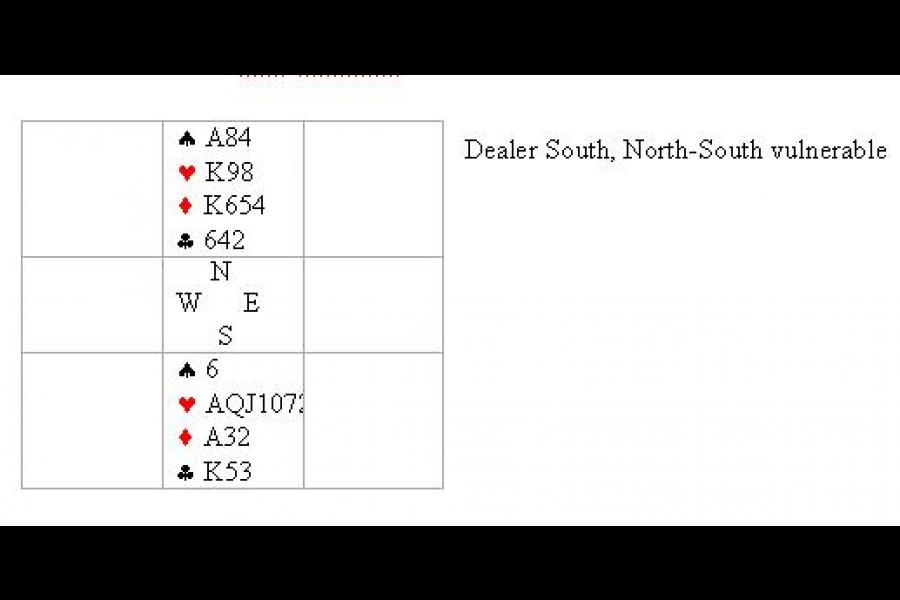 Kamal Mukherjee landed in 4♥ after his LHO had come in with a 3♠ pre-empt over his 1♥ opening. West opened the King of spades. How do you intend to get home? In the other room, playing in the identical contract, declarer won the opening lead in dummy and cashed two top trumps and ♦AK. Now he chose to exit with a third diamond and the roof caved in when East won the Queen of diamonds and returned ♣J. The only difference was at trick one when Kamal-da asked for a low spade! When West persisted with spades, declarer won the Ace pitching a small diamond from his hand. Queen and Jack of trumps, followed by three rounds of diamonds, was enough to establish the suit. The trump King remained as the entry to the winning diamond, providing a club discard. As an aside, West held ♠KQJ1095 ♥6 ♦987 ♣AQ8.

The next hand occurred in a local teams-of-four contest in Mumbai. Quite possibly some of the bidding may not meet with your approval, but most experienced tournament players are happy to enter the bidding on the slightest pretext! The final contract is not unreasonable and after casual inspection of all four hands it seems that the clubs can be picked up without loss via the double finesse. So what is all the fuss about – three clubs, two heart ruffs, one top heart and four spades add up to ten tricks?

West’s lead of the heart King was won in dummy. Declarer realizing that three club tricks were needed to land the contract played the club Jack at trick two. East duly covered and declarer won the trick and exited with a heart. East wins the trick, cashes a top diamond and leads another diamond won by his partner. West dutifully shifts to trump. Dummy wins and safely negotiates a second club finesse. It is now that the first clouds appear on the horizon! This is the position after the play to the first seven tricks with South to play. A heart can be ruffed in dummy and declarer’s hand re-entered with a trump to get a second heart ruff. Now hoes declarer get out of dummy without promoting a trump trick for West? Noting the hitch with the plan to ruff hearts, declarer changed tack. He chose to draw trumps finishing in his own hand. This left East tangled up in knots, since he can no longer locate a safe discard. Had he thrown a heart, declarer can now ruff a heart and return to hand with the club King. A club discard was equally embarrassing since it would set up dummy’s last club for the tenth trick!

3,584
Thank you for your comment, we value your opinion and the time you took to write to us!