After relatively underutilized degrees in computer sciences engineering and an MBA followed by a decade of tangential career choices ranging from technology outsourcing to public relations, I realized my passion lay in connecting the dots between market opportunities, technology, entrepreneurs and the ecosystems that bind them together. A big fan of underdogs and of possibilities, I try my best to tell stories the way my brain sees them. 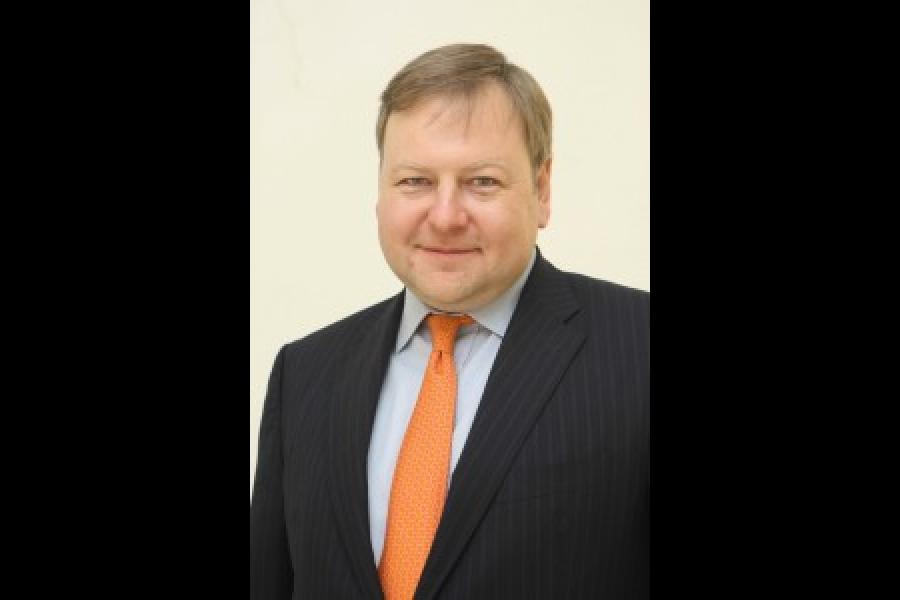 Vsevolod Rozanov, the President and CEO of MTS India, is in surprisingly good humour when I meet him at the MTS headquarters in Udyog Vihar, Gurgaon. The morning air is already starting to fill with dust from the endless traffic and construction. Every possible inch of space, including kerbs and sidewalks, for a kilometer long radius from his office has been parked with cars.

He jokes about changing his headquarters to another Indian city, maybe Mumbai, then tells me a couple of funny, wry and ironic Russian folk tales of which he seems to have an endless supply of.

I ask him how 2012 turned out for his company and the overall telecom sector.

Vsevolod Rozanov: "2012 was a lost year because we are not closer to any of our goals. The industry itself is in a very grey and gloomy mood. There is a complete lack of desire from operators to invest in their business. Capex is decreasing because more and more monies are now required for various "levies". There is no joy in the industry. So as a business, this year was gone.

We didn’t make much progress on smartphones, because newer partners (distributors and retailers) don’t want to trust you in this kind of an environment. On the cloud computing front too we didn’t proceed further beyond discussions, because it would have been irresponsible to engage anyone till our own future is clear.”

The lights go off in the conference room, pitching us into darkness and silence for nearly a minute. Rozanov, by now a three year veteran of Indian telecom battles, doesn’t seem bothered by piffling matters like that any longer.

“There were some achievements too – we launched MTS branded retail stores; our leadership team comprising the top 35 people was stable, with no one leaving.

Thankfully, we were in hibernation, not in degradation.”

R.D.: Are things in telecom so bad in India?

V.R.: “In almost every emerging market Telecom is the biggest shining star. Because it sits between heavy infrastructure and branded consumer services, it is an extremely rare breed. That’s the source of joy and happiness. In Russia, the telecom brands are the really top brands. In India too, while Tata Salt may be a great brand, its telecom companies that have the potential to affect the lives of so many people.

Instead people are flocking from the industry, not just from specific operators, for sectors like FMCG and financial services.

Meanwhile the biggest tragedy is operators are shutting down networks. Have you ever heard of a country where operators shut down live networks?

In Kerala three serious operators - Aircel, Telenor and Videocon - just shut down their networks. This is a problem for the country. It’s like building bridges, then blowing them up later.

Nearly 95 percent of the people managing these networks are being given pink slips, while the equipment either sits in warehouses or is resold at 5-10 percent of their original value.”

R.D.: So can we take it that India is not all that different from other global markets when it comes to the number of competitors?

V.R.: “Given that this is a licensed and regulated sector, and there was an invitation to come and invest, didn't the government make a wrong decision?

What its policies did was to slice the required capital investment too thinly across too many operators. Newer operators created massive excess capacity and then had to drop prices. They figured when you’re starting with zero network utilization, volume matters than pricing. But once they reached a certain scale then they had to figure out how to raise prices.

Unfortunately in Telecom the concept of increasing prices is almost unheard of.”

R.D.: Will stronger brands make it out in better shape from this mess?

V.R.: “I would argue that in telecom you are selling a commodity, so the brand matters more during market pickup where it plays a huge role to attract new customers.

But look at mature markets like the US or Germany. Sure, the brand is important there, but much less so. They just need to be seen as stable and respectable.

The more a market matures the less the importance of the brand, in my opinion. Instead what ought to become more important are things like customer segmentation, product offerings tailored for the needs of customers, and customer care.”

R.D.: How do you correct this mistake then?

V.R: “Globally the way to cure this mistake, of too many operators, is allow hurdle-less M&A (mergers and acquisitions). That provides an honourable exit to those who want out. Consolidation is how governments internationally manage a situation of too many players. But we don’t see that in India.

V.R.: By end of March I hope we’re through with all the auctions and one time charges, leaving no new surprises. Because nobody will launch any new services till they’re fully stable.

Consolidation and price rationalization are two things all operators will want to see.

But the requirement of one-time payment for merged spectrum may only lead to more network closures instead of consolidation. Maybe in Q2 2013 we might see some new M&A guidelines, but even then the minimum time it will take for actual consolidation to take place 12-18 months after any announcements are made.

Also, the M&As have to happen among the leading 7 incumbents, not newer operators, for any meaningful results. The 7 should ideally become 4.

V.R.: “Look, we have 2 million data customers in India, which is 22% of the total market of nearly 10 million.

When it comes to LTE, there are no devices to browse on; LTE modems will be expensive; and there is a severe lack of vernacular content. These are the problems.

5,197
Thank you for your comment, we value your opinion and the time you took to write to us!