2021: An opportunity for the power sector to build back better

The Covid-19 crisis has highlighted the importance of smart technologies, smart businesses, smart leaders, and smart policies to deliver meaningful change and important solutions. Business as usual is no longer an option 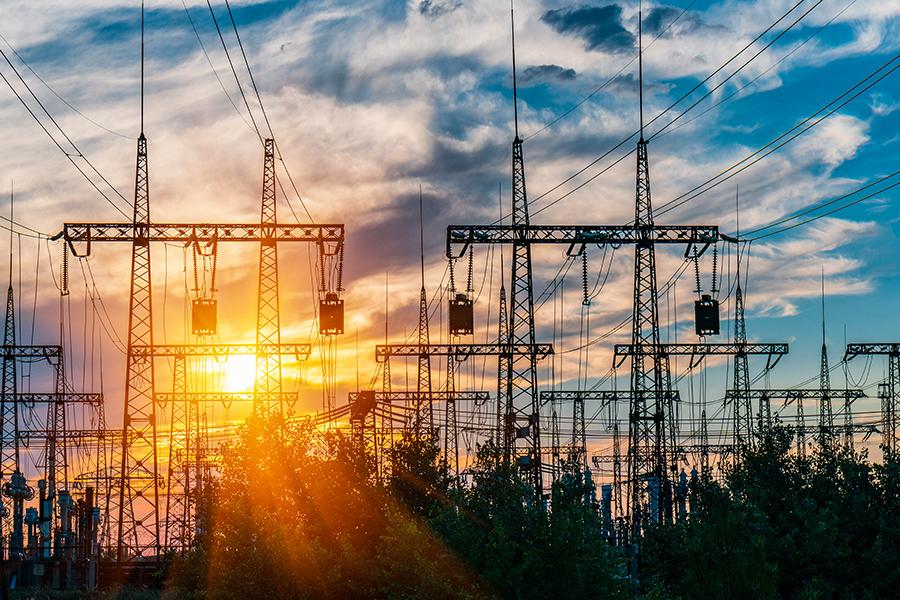 2020 has been an unprecedented year. It released massive unpredictability into the power sector. Businesses had to reconceptualise ways to keep their people safe, ensure business continuity and adapt to a rapidly evolving situation to restore demand. It seemed we had to take one day at a time and commit to making the right decisions that helped India build back better when normalcy returned.

The pandemic also accelerated the energy transition taking place in India. We saw the government revise its renewable energy targets to an even more ambitious 220 Gigawatt (GW) by 2022 from 175 GW. To understand the magnitude, we can imagine about 660 million PV panels or 22 billion LED bulbs or over 90,000 utility-scale wind turbines. That is a huge market to tap into to create jobs, generate economic momentum and reduce our carbon footprint.

The Data Centre WaveIn addition to this, the pandemic also increased our reliance on IT systems significantly, thus increasing data traffic and adding to rising demand for bandwidth and storage devices. The Indian data centre market is expected to have a CAGR of 12 percent from 2019-2024. To take India forward in this realm, our government also further announced plans to set up 1 crore data centres in the country.

However, the question we should be asking is, are we prepared for a data centre wave?

The amount of energy data centres consume is enormous. Handled inefficiently, it can significantly impact the electric grid, especially the largest synchronous one in the world that is ageing as well. Ergo, there is an urgent need to upgrade the power transmission and distribution infrastructure to improve energy efficiency. The volume of data utilities produce continues to grow. Much of it is in silos or being warehoused. That approach has to transition to more liquid, inter-connected, interactive and intelligent digital solutions that allow operators to gain real-time insights into their equipment health and performance. It will help DISCOMs bring down losses for the sector to cut downtimes and carbon emissions.

While constantly improving the economics of renewables can lead to further data centre expansion, we need to prepare ourselves better to handle the new and hybrid load from multiple points. In that, the power sector needs to actively use data to avoid stumbles or misfires in balancing load or facilitating grid robustness.

The EV RevolutionDuring the year, we also witnessed a 20 percent jump in electric vehicle (EV) adoption with central and state governments further incentivising buying, and auto manufacturers going ahead with their earmarked investments and planning roll outs. But to achieve the 30 percent EV adoption target by the end of the decade, the vital thrust to operationalise a nationwide network of accessible charging infrastructure remained largely amiss, more so in the public transport space.

It is hard to imagine a sustainable transition to clean mobility without a proper functional support system. We may fall in a “you-first” mentality where automakers will think let charging kiosks come first before we go full swing; station operators will think of more EVs before adding more EV charging kiosks. Fleet managers will await competitors to make the switch to EVs before they test the waters.

The entire ecosystem, therefore, must evolve simultaneously, not on an à la carte basis. We need all hands on deck–industry, academia and policymakers–to create a stimulatory environment for a sustainable clean energy and mobility transition. In recent years, India has made considerable strides in the power and energy sector. It has improved markedly through the creation of a single national power system and major investments in renewable capacity. It is now experiencing higher shares of variable renewable energy as well.

Achieving carbon-neutralityOur path toward carbon-neutrality will be built on much more electrification. Industry, transport, infrastructure and common households will come to rely heavily on the grid which will integrate an ever-increasing share of distributed energy resources. We cannot fathom a deluge of hybrid demand without grid modernisation and digitalisation. Digital technology has been our ally in this time of crisis, and we see how the future will be heavily dependent on it. From the boardroom to the field, work culture and business processes will be handled on a single interconnected platform, necessitating the entire power infrastructure to be upgraded without ado.

The Covid-19 crisis has highlighted the importance of smart technologies, smart businesses, smart leaders, and smart policies to deliver meaningful change and important solutions. Business as usual is no longer an option. The clamour is getting louder and louder for enterprises and governments to do better, do more. We don’t know what the next crisis can look like. We must, therefore, make better use of our existing infrastructure, tap into new energy sources by transitioning to nature-positive solutions and usher in a stakeholder economy where everyone has a role to play. There should be a level playing field for all market players for the power sector to grow.

Looking back, I can say that 2020 brought out the best in us. A culture of innovation ensured we rebounded as quickly as possible. The government also put its weight behind the power sector with a massive stimulus package and various incentives and initiatives for connected segments such as EVs and green energy.

We look forward to its continued efforts in creating an enabling climate in which technology-enabled infrastructure can flourish.

We hope to see a greater focus on grid digitalisation, energy efficiency, transport electrification besides system integration and interconnections. We are deeply encouraged and are confident of India’s fundamental growth drivers and progress toward a carbon-neutral future in which electricity forms the backbone of the entire energy system.

1,237
Thank you for your comment, we value your opinion and the time you took to write to us!

Tweets by @forbes_india
Prev
Chart the course for 2021, but don't forget the lessons of 2020
Next
Why good storytelling is essential in the business world