A Sports Pulsar for Under a Lakh

The Pulsar is the center of gravity for Bajaj Auto today. A lot rides on the new, sub-one lakh variant to hit the shops in April

Almost a decade after the Pulsar was launched, Bajaj Auto has launched its new variant. The new bike is called the Pulsar 200 NS. NS stands for naked sports, with the engine displacement of 200 cc. Bajaj would have you know that the company has incorporated learnings in the last decade to make this bike. At the press conference Rajiv Bajaj, the company’s managing director drew parallels between the genesis of the Pulsar and the Porsche. Just as the legendary Italian automaker Dr Ferdinand Porsche built  his first car because what he wanted was not available in the market,  so it was for the Pulsar. Up until 1997-98, commuter bikes dominated Indian roads and there were no sports bikes in the market.  The Pulsar came in and shook things up for everyone. 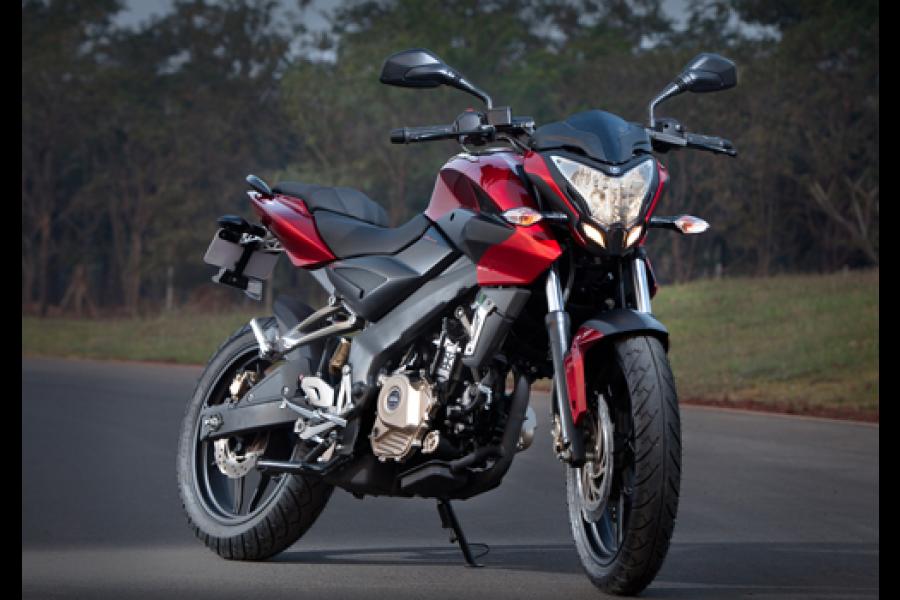 Fair enough. So what’s different about the new bike? For a start the styling. Much like the KTM 200 which was launched by Bajaj last week. The 200 NS has a centrally located muffler which means the long exhaust on the side is history. There’s also the Nitrox mono suspension. Abraham Joseph, Bajaj’s head of research & development said that nothing of the old Pulsar has been carried forward in this new bike. Now Joe is a great guy. I mean how many people in the corporate world do you know who would use the word ‘kickass’ at a press conference? Joe does and makes quite an impression.

Okay, Joe made a point that the 200 NS will have a kickass performance without compromising on the fuel efficiency. The question is how? The bike’s power rating is 23.52 PS @ 9500 rpm. Torque is 18.3 Nm @ 8000 rpm. Bajaj’s biggest selling point here seems to be what the company calls Triple Spark engine. So a DTS-i as the name suggests has two spark plugs. The 200 NS will have three. The company claims that this will help in better combustion, which means no wastage of power-- and consequently better fuel economy and good performance.

Now let me make a small point here. I remember, Mr. Bajaj passionately explaining the DTS-I technology to us sometime last year. Launched in 2003, while DTS-i was a step forward in technology development, it worked for Bajaj because it was easy to sell to customers. You could point at competition and say; that guy has just one spark plug, I have got two. This set the customer thinking that well the Pulsar is better because it has got one more spark plug. Is the triple spark technology the same idea carried forward? I think so. I also like the fact that in branding terminology, DTS-i=DTS-i (Twin=Triple). Nice.

Joe spent some time explaining the product and his description should help sum it up; ‘you need to ride it to believe it’, ‘better handling and high speed stability’, ‘water cooled’, ‘0-60 in 3.1 seconds’ and ‘carburetor fuel system for now, fuel injection will come later depending on the demand and price customers are willing to pay’. It was interesting to see that every little improvement on the new Pulsar that the company talked about was compared with the bike from its own stable, the Pulsar 220. Were there any pulsar 220 owners in that room? I wonder how they felt.

Anyway, Mr. Bajaj explained why the Pulsar means so much to the company.  The brand has to be kept pure so that it is unmistakable when you see one. Obviously it has to be profitable which means it has got to have pricing power. Third, it is all about strategy. Pulsar is the center of gravity of Bajaj Auto today. Just like the Chetak used to be. “If the Pulsar goes wrong then all at Bajaj goes wrong,” he added.

17,552
Thank you for your comment, we value your opinion and the time you took to write to us!