Tony Fernandes is the Genghis Khan of air-travel. He's made a living from doing to air-fares, what the Mongol king did to rivals heads. Chopping them off. Though an LCC, IndiGo is different. 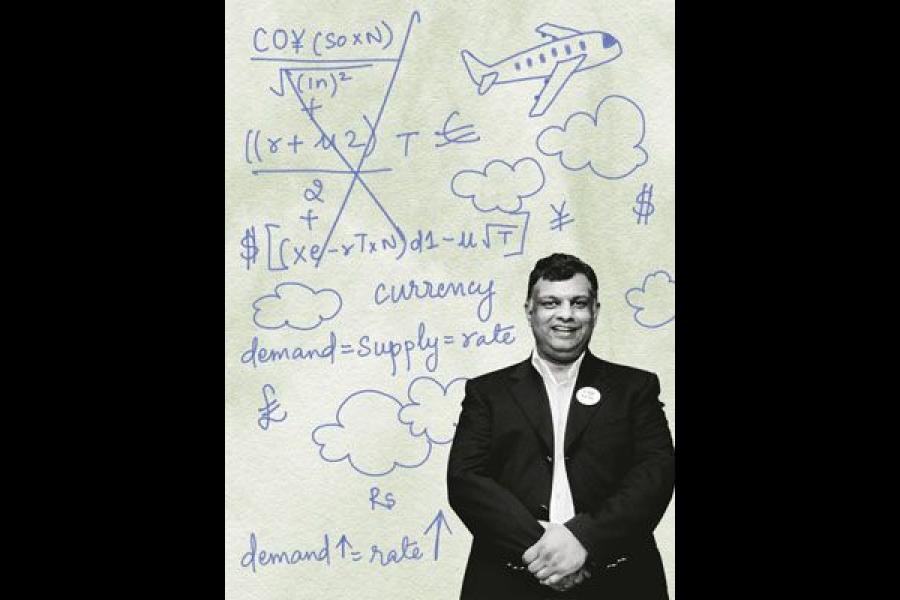 IndiGo, arguably India’s favorite airline today, stands to lose the most when the Tony Fernandes-Tata combine swoops in with AirAsia India. Outwardly, both IndiGo and AirAsia are remarkably similar airlines. Fast-growing LCCs, and leaders in their home markets. Both operate Airbus A320s. They are also both hugely bullish airlines, as indicated by the seriously large number of planes ordered, co-incidentally, at the same air-show at Paris in 2011.

That year, the 400 orders, the two carriers placed, were enough to put European plane- maker Airbus’s A320 Neo program on the gravy train. Taking the similarities a bit further, both carriers are led by founders who took on very strong competition and beat the stuffing out of it.

For all this, in fundamental ways that really matter, 6E and AK, are like chalk and cheese. We captured a flavor of this in our story on Tony Fernandes, when we met him in Mumbai in 2010. We’d called him the Genghis Khan of air-travel, since he made a living from doing to air-fares, what the Mongol king did to rivals heads. He chopped them, we said. Rahul Bhatia, on the other hand, we are sure, is no Genghis. And this, from a customer perspective, could really be the biggest difference between the two carriers.

For a majority of AirAsia passengers the pull is without doubt, the airline’s rock-bottom fares. Their formula is classic, and has worked the world over. Start connecting city-pairs, where there is little or no air travel. Offer mouth-wateringly low fares periodically- the kind that make people want to find reasons to travel. It works even better if the destination has a beach, or is a tourist attraction like Phuket and Chiang Mai. Traffic gradually builds up, and then you can put more flights on the route.Tony has used the strategy on the India routes and the Indian joint venture will certainly create new demand using this. One reason why IndiGo should indeed be worried is AirAsia’s skill at picking winning city-pairs. They did this in Malaysia, Indonesia, Thailand and more recently in China. In India, they started with Tiruchirapalli, which turned into a wonderful pair when connected with Kuala Lumpur. The huge number of ethnic Indians living in Malaysia were a ready market, and flights are already up to 14 flights a week. The AirAsia-Tata-Bhatia venture, is planned on precisely this principle. From the base in Chennai, the plan is to connect smaller cities all over India first and later move out into the continent.

For Rahul Bhatia, low fares were the launch pad yet for most passengers today, IndiGo is not the cheapest way to fly. But it is often the most reliable. Though it promises the lowest fares in the market, tickets are rarely available for booking on those fares. IndiGo, is also slow on cut-price sales designed to `stimulate’ the market.

The airline has managed to remain profitable and efficient, through an amazingly clear-minded control on costs, that is ingrained into every aspect of planning and operations. The relentless focus is the reason why 6E could trump Jet Airways quarter after quarter. The larger airline has been unable to respond, though JetKonnect was created to stave off IndiGo.

Tony’s India Challenge Even if he has honed the LCC game in southeast Asia and taken on Goliaths like AirAsia and Singapore Airlines- Tony knows that India could be really tough. He tracks the country very closely and has many friends here. He has been waiting for his chance, for almost a decade. 2010 was supposed to be his India year. He had planned to launch 148 weekly flights, connecting a dozen cities, creating a network of flights from India to his international hubs. He used a three pronged strategy- bringing in AirAsia Bhd (the Malaysian carrier), AirAsia X and AirAsia Thai (to operate to eastern India from Bangkok). Sadly, the plan didn’t quite work out. In January last year, AirAsia X stopped operating from KL to Mumbai,Delhi and Hyderabad, citing poor demand and expensive airports.

AirAsia Bhd continues to fly into India, linking KL and Bangkok to Kolkata and other cities in South India. Tony will have to find ways to save costs, that others in India have been unable to. Cheap deals from airport operators, ways to buy cheaper fuel, ability to make consumers pay extra for everything-- all LCC tools used everywhere else except India. But along with all that, he will have to find a dozen more Tiruchirapallis.

5,011
Thank you for your comment, we value your opinion and the time you took to write to us!

Tweets by @forbesindia
Prev
GE will not chase nuke business if laws don't change
Next
Demographic Dividend or Burden?