Mumbai has two runways that intersect each other (cross-runways). The airport experimented with using both these simultaneously for a while, but has now decided to go with high-intensity single runway operations. 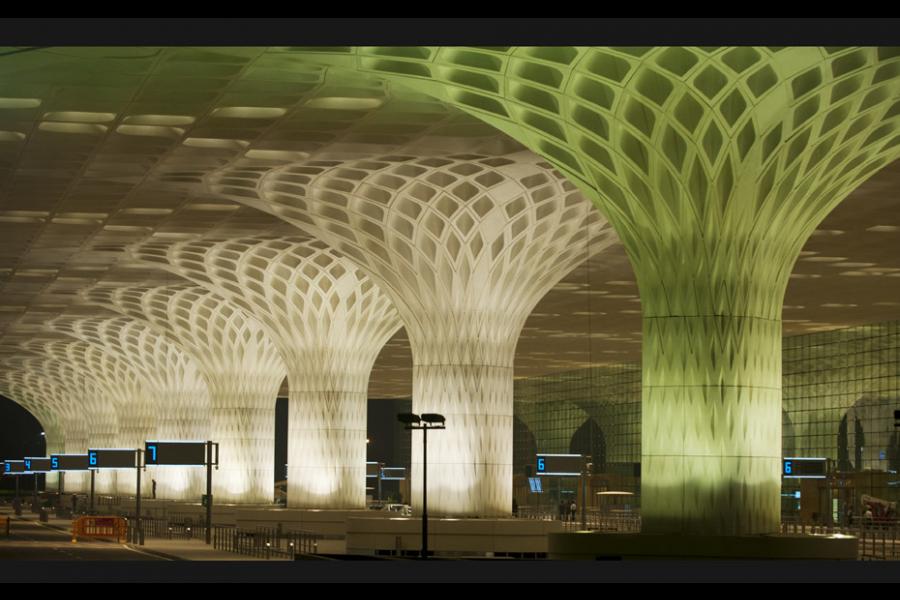 Mumbai’s swanky new international airport terminal T2 opens for business today. As has been widely reported, the terminal has more bells and whistles than all Indian airports put together and then some. But how is it really different? Here are a few ways, big and small, in which T2 stands out.

• Go through security before the immigration check. Not after, as at most Indian airports. T2 has 16 lanes for the security checks and each has a separate sub-line for women. So couples, at least those of the opposite gender, need not separate for the checks.

Also, there are four special security lanes reserved for VIPs. Unlike the past when the laal-batti gang would be whisked past, while the rest of us fretted in slow-moving queues. At T2 they have their own lane.

• There are 60 counters for immigration checks at the departure level. Almost double the earlier number.  The arrivals level will have special counters for people wanting a `visa on arrival’. Visitors from about 180 countries are soon to be cleared for a visa on arrival, and this could be the surest way to clog the counters for everyone else. The counters will have provisions for cameras and documentation.

• Auto-rickshaws and two-wheelers will not be allowed on the elevated access road to T2. This means passengers have to arrive either by cars or coaches. Three-wheelers have been deemed too dangerous to ply on the road that connects the western express highway to level 4 (departure level) of the new terminal.

• And here are a few numbers just to impress you. The terminal has 47 escalators, including one giant that is 11.6 meters tall. It also has 40,000 fire sprinklers and 3,000 surveillance cameras.

• T2 will operate on the 'silent airport policy’. Unlike Delhi’s terminal three, the Mumbai airport will have announcements only for updates or emergencies. Incidentally, the arrivals hall has giant wind-chimes that sound ever so sweetly. You wouldn’t be able to hear them if announcements were being made every minute.

• It has a Joint Control Centre- where all the stakeholders the airlines, airport operators and ground handlers can sit together and see what they call the `same version of the truth’. The facility has three video-walls with live videos of the aircraft movements and the terminal and updates. This is expected to make decision making quicker and more meaningful.

• T2 Baggage handling system is a quantum leap over the earlier manual system in the older terminal. Baggage will be sorted electronically in the high speed system. The terminal has 6 kms of conveyor belts going right into its bowels. The system can bar-code and sort 9,600 bags an hour. In a move that will delight environmentalists, the baggage hold on the air-side of the terminal, is being served by electric vehicles only.

• Is anything changing on the runways (air-side)? The opening of T2 is the culmination of four years of work on the two runways at Mumbai airport. New taxiways and better traffic management has helped speed up things. Efficiency of runways is measured in ATMs (aircraft transport movements). In 2006, Mumbai airport was doing 30 ATMs per hour, this figure is now up to a peak hour average of 47 ATMs per hour. Faster turnarounds obviously means reduced holding/waiting in the air or on the ground.

Mumbai has two runways that intersect each other (cross-runways). The airport experimented with using both these simultaneously for a while, but has now decided to go with high-intensity single runway operations.

• No branded airline lounges. If you are a frequent flier and were used to the mod-coms at individual airline lounges- like Singapore Airlines’ Silver Kris or the Emirates lounge. Get unused soon. Mumbai airport will have only two lounges - one for first class and the other for business class passengers. The dozen odd lounges that different airlines had at the old terminal, will be broken down with the terminal. We understand the airlines are not pleased.

• Arriving in style- a huge Multi-level car park, right opposite the airport terminal will take away most of the honking, squealing sounds of traffic that assault incoming passengers. The building at nine levels, including 3 basement levels, has space for 5,200 vehicles. Most of the change will take place inside this building.

Arriving passengers will walk out of the airport to appropriate levels marked for private transport, or taxis and coaches.

Here’s to the new airport. And to hope that it can be a catalyst for change in Mumbai.

14,173
Thank you for your comment, we value your opinion and the time you took to write to us!