All hail the new king of marketing 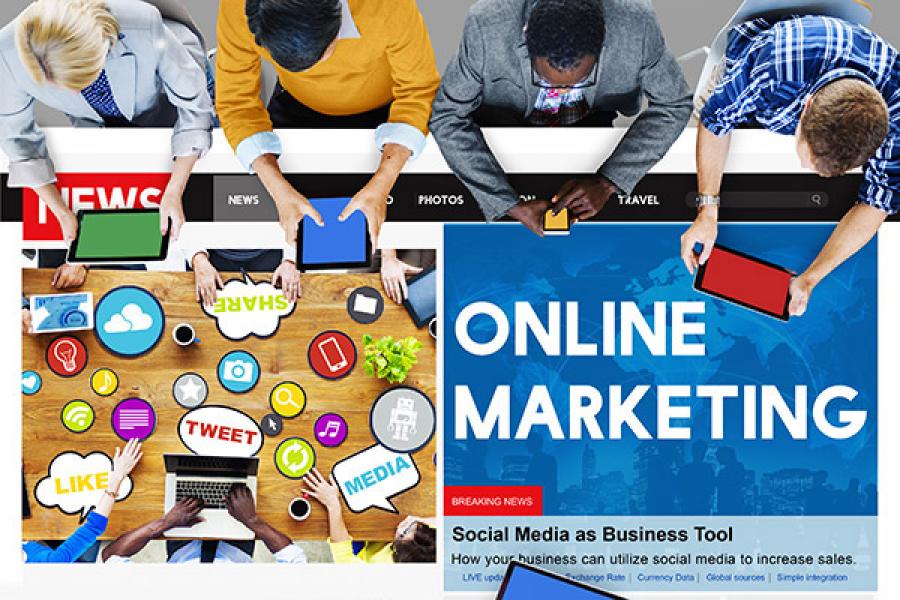 Content creators ruled and reigned over the marketing and advertising circles for years. But the growth of new media platforms is shifting the power and ad dollars away from content creators to content platform owners. After all, the real value lies in reaching the consumer through the medium and form of his choice. All hail the new king set to reign in the new digital age.

Traditional models of content monetisation such as subscriptions, ticket sales, and license fees used by media companies have been disrupted forever with consumers moving online and demanding access to free online content. While the movement of ad spend from print to online channels has subsidised content costs and helped monetise content, it is yet again threatened with content consumption moving from traditional online media to newer channels offered by internet companies. Ad dollars are following suit proving to be both the biggest disruptor and an opportunity for the industry.

Decelerating content driven growth “Build it and they come” was the mantra of most media companies in providing good quality content as they expected customers to buy tickets to see movies, subscribe to TV shows, pay affiliate fees to show content, or advertise on the content. This model has stood the test of time and proved to be greatly beneficial to customers over the past few decades in providing quality content at lower and lower costs. As long as ad revenues continued to flow in, media companies could afford to reduce their prices by subsidising it with ad revenues. As long as “content was king”, the advertising spend would follow and continue to fill their coffers up until the new-age customer started viewing content on different media platforms – apps, social media, and peer-to-peer sharing networks. The ad dollars too began shifting to where these customers spend their time and consequently, consume content – the likes of Google, Facebook and their spin offs. The coffers are now running dry.

The numbers speak for themselves:

The ad revenues generated by Google and Facebook already exceed the entire ad spend on TV – and this is without the internet behemoths activating their entire portfolio of media channels (WhatsApp being a case in point).

So why is this happening? And what are media companies doing about it?
Well, not much! Some media companies are imposing punitive price increases on customers who are moving to internet media channels and others are introducing data limits on content consumed. But both these measures are proving to be counter-productive as they drive customers, eventually in greater numbers into the arms of more “flexible” media channels such as apps and social media.

A case in point are the Indian online retailers who realised that they had huge unpaid advertising bills from advertisers who were just not paying up for ads placed on their site. The lack of prepaid ads for smaller advertisers or software to run large ad accounts (like Amazon) led to these gaping holes in their ad revenues. It is this gap that a Google can easily bridge – by providing publishers a safe reliable ad service to receive ads, advertisers an easy-to-use platform to launch their ads, and consumers access to content at a low cost. Media companies are severely restricted by their inability to control these new-age platforms from which customers are now consuming their content. As we now know, the new-age customer spends increasingly larger amounts of time online and demands his content online as well. With 43 percent of his time online spent on search (21 percent) and social media (22 percent), it makes sense for advertisers to spend their ad dollars on Google and Facebook to capture this piece of the customer’s time.

With the above kind of consumer mindshare, we foresee that internet companies will morph into advertising firms raking in the ad dollars on different online channels while media companies will struggle with selling content to these internet channel providers.

A new reign and a new strategy
The future of advertising will certainly move online and into the realm of the internet companies. While media companies will continue to be the primary creators and custodians of content, it will certainly not be the king, as most of the media firms are competing for space on the new internet channels by pitching lower quotes. All will need to bow to the new emperor on the block – the internet marketeers. And with the dethroning of content, a new strategy that factors the shift in power and its impact on bottom line will be needed. Being good at creating content is no longer enough, rather how to distribute it on the web.

9,001
Thank you for your comment, we value your opinion and the time you took to write to us!

Tweets by @forbesindia
Prev
Why do women fall behind in the corporate world? Or do they?
Next
Tips for clutter-free advertising in the digital era