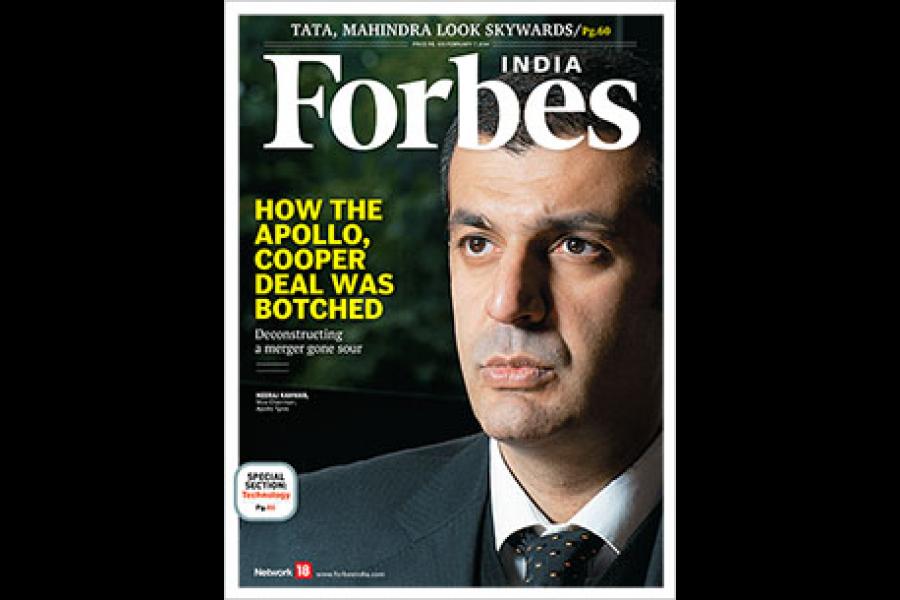 Cover: How the Apollo Cooper deal was botched

The story of Apollo Tyre’s failed $2.5 billion merger attempt with Cooper Tire & Rubber Co of the US is a story of many mis-steps.

The deal, if it had gone through, would have catapulted Apollo to 7th position in the global tyre stakes, from 17th position now.

When their paths crossed, it resulted in distrust and miscommunication. For a company like Apollo which has successfully carried out two acquisitions in the past (Dunlop in South Africa and Verdestein in Europe), its diligence on the people and their expectations was completely off the mark. Cooper was in a hurry to sell itself. Che wanted money. And lots of it.

The deal, which was called off by Cooper Tire on 30 December, 2013, also demonstrates that the two principal players – Apollo and Cooper – failed to foresee the dangers lurking around the corner. Whether it was the Chinese partner’s strident approach or the United Steel Workers’ (the union at Cooper US) move to extract better terms for themselves at the time of the deal, Apollo was caught off guard, resulting in an eventual bitter parting of ways between the two sides.

This deal also raises important questions for Indian companies attempting cross border transactions. Business strategy is one part of it. But in the end it all boils down to people. In the Apollo – Cooper deal, this bit went seriously wrong. Poor cultural due diligence, an integral part of any major cross-border M&A, was clearly one of the contributing factors to the deal being botched.

The markets and M&A watchers will be keenly following whether Apollo gets out of this setback and, if so, how soon.

7,985
Thank you for your comment, we value your opinion and the time you took to write to us!